This was a tough one. I knew I’d name a song from the latest Misery Index album to this list, but had a devil of a time picking just one. As Andy Synn wrote in his review of Rituals of Power, Messrs. Netherton, Jarvis, Kloeppel, and Morris have become “a veritable Death Metal institution”, and with this 2019 album they produced something “that’s pretty much all killer, and zero filler” — “the sort of musical powerhouse that requires… in fact practically demands… to be listened to on repeat until both your body and your mind have been bludgeoned into submission”.

To continue cribbing from Mr. Synn‘s prose, each of the nine songs on the album “is equal parts massive, muscular riffage, gargantuan grooves, pulverising percussion, and aggressively anthemic hooks, yet each one also manages to stand on its own two feet and differentiate itself from its brothers in one way or another.”

As I pondered which song to pick, I thought I had figured it out, and then my comrade DGR weighed in with a push for the grind-y “Naysayer”. But after one more run through that song and the one I had picked before DGR complicated things, I decided to go with my initial instincts, probably in part because the video for the song vividly reminds me that this is one of the best live bands I’ve ever seen — and I also like yelling “New Salem!” in my head right along with Mark Kloeppel. To quote Mr. Synn yet again:

“’New Salem‘ is the sort of back-breaking, neck-wrecking Death Metal anthem that’s capable of going toe-to-toe with songs like ‘Traitors’, ‘The Carrion Call’, and ‘Conjuring the Cull’ as one of the defining tracks of the band’s modern era”. It’s also highly infectious. 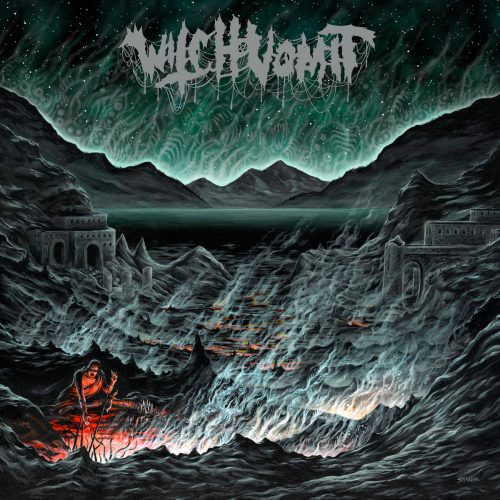 Witch Vomit‘s 2019 album Buried Deep In A Bottomless Grave was another 2019 record that was home to multiple songs I thought deserved to be on this list. These Portland death metal devastators really knocked it out of the park with their second full-length, delivering “just under thirty minutes of no-frills, take-no-prisoners Death Metal with a pronounced and pissed-off thrashy edge that’s not so much ‘classic’ as it is ‘timeless’ in its execution”. (I’m quoting Andy Synn again, from his brief review of the record.)

If you haven’t tumbled to these guys yet, it’s high time you do, and this album is a perfect way to get on board their hell train. To quote Andy one more time, “this is some prime-cut metallic meat, ranking right up there with recent albums by Tomb Mold, Outer Heaven, Towering, Fuming Mouth, et al, as proof that what is Death may never truly die!”

After a fair amount of agonizing, I chose the closing track “Fumes of Dying Bodies” for this list, but I wouldn’t challenge you to a cage match if you argued in favor of a different one. However, the monstrous roiling riffage and cracking snare beat at the outset of “Fumes…” is really damned contagious, and the galloping rhythm and crazed fretwork with which it’s paired is equally catchy.

The band also make room to pound and jackhammer the bejesus out of you, and they get your head moving when they do that too. As icing on the case, the song also includes a shrieking horror of a guitar solo (introduced by a sweet little bass motif) as well as delectable abyssal growls. What’s not to like?