I’m usually pretty deep into the rollout of these annual lists before I get to some actual (gasp!) clean singing. But I’m getting there much faster this year with one of these two songs, both of which were immediate ear-worms, and proved to be lasting ones as well.

Pretty often, people pat themselves on the back when they were listening to a band back when only a tiny sliver of their current audience knew anything about them. I’m giving myself a pat on the back. I’ve been a drooling fan of High Command from Worcester, Massachusetts since 2016 when I heard their debut EP, The Secartha Demos (reviewed here).

I did some further drooling in print when they released their next EP, The Primordial Void, in 2017. Last year, at last, High Command released a debut full-length entitled Beyond the Wall of Desolation, via Southern Lord. 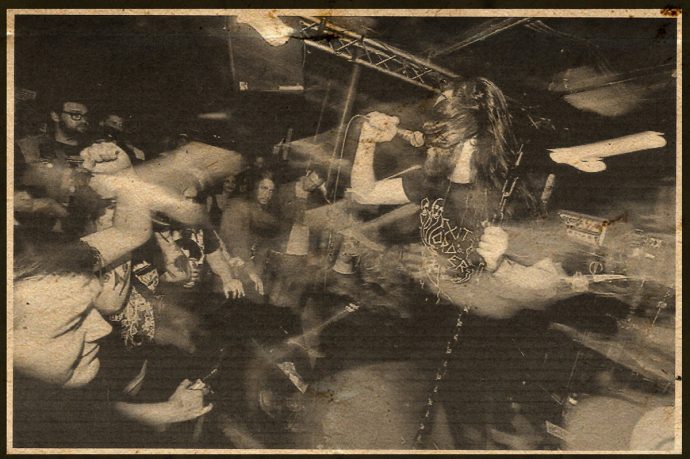 When DECIBEL premiered an album stream last September, Dutch Pearce characterized the music as occupying “a sweet spot between Cro-Mags-style snarling crossover and epic heavy metal,” “combining the rugged and fantastical themes of the latter with the overly aggressive attack of the former”.

That same premiere included these words from High Command guitarist Ryan McArdle: “Hacked out of the frozen New England winter, Beyond the Wall of Desolation brings forth a prophecy of a long forgotten aeon steeped in lore and savagery, where valor flowed with the waters and fires burned with sorcery. Our goal in the creation of this record was to make the perfect fitting soundtrack to a spiked mace coming down on a human skull.”

I liked the record a lot, and picked “Visions From the Blade“ for this list. The guitar reverberations in the track’s sorcerous opening are soon joined by grand, bombastic chords, and then you can really get your head moving when the band kick into a menacing riff and a killer rhythm that’s part gigantic caveman stomp and part nerve-jangling jitteriness. The shrieking, swirling, channel-shifting solos are a thrill, while the screaming, throat-scraping vocals are unhinged in their ferocity.

As they say in the trade, you’d better get your neck muscles loose for this one. Prepare also to become quickly addicted. 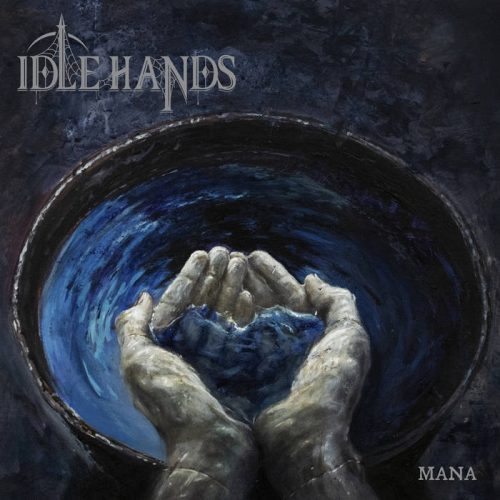 First time I heard this song I thought I’d been transported back in time by 30 or 40 years (yes, I was alive then, and actually a club-hopping legal adult as well). I say that just to be honest that nostalgia has something to do with my affections for “Give Me To the Night“. On the other hand, there’s lots of other music I get nostalgic about and still wouldn’t be caught dead listening to it today (some things don’t age very well). So there’s more going on than that.

The fact that Idle Hands hail from Portland, just down the highway from the NCS headquarters, might have something to do with my being inclined toward the band, but that doesn’t really explain this choice either. The fact of the matter is that the song is just fucking irresistible. First time I heard it I wrote:

“You can count on it being included on my list of this year’s Most Infectious Extreme Metal Songs, even though it’s not really extreme metal (more like gothic heavy metal), because it’s my list and I can bend the rules a bit when I feel like it”.

I kept this promise. And yes, it’s an obvious exception to our Rule, and a very well-earned one, because Gabriel Franco‘s vocals are great, and a big part of what makes the song so damned catchy. But the hard-driving rhythm of the track and the flickering, gleaming leads are equally vital to the song’s head-hooking appeal.

(The song comes from Idle Hands’  album Mara, which was released last May by Eisenwald.)