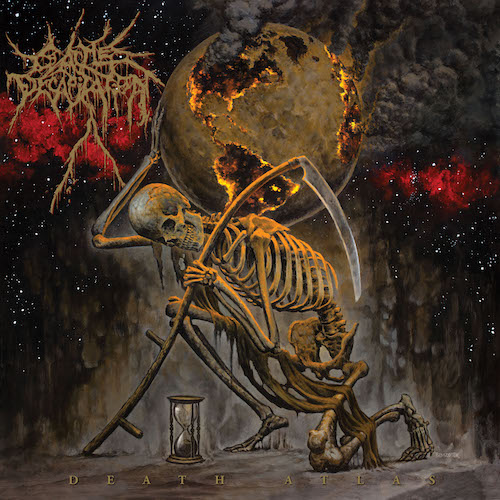 Welcome to Part 11 of our Most Infectious Song list. If you’re just joining us, you can see the preceding installments by following this link. The themes of today’s two selections are rage and violence. Given that, it might be an overstatement to call them “catchy”, but they’re both addictive as well as cathartic.

Things seem to have calmed down since Andy Synn‘s review of Cattle Decap‘s latest album stirred up an on-line hornet’s nest among the band’s fanatically devoted followers, or at least among those who didn’t bother to read the full review (or maybe any of it). Some people apparently overlooked such sentiments as these: 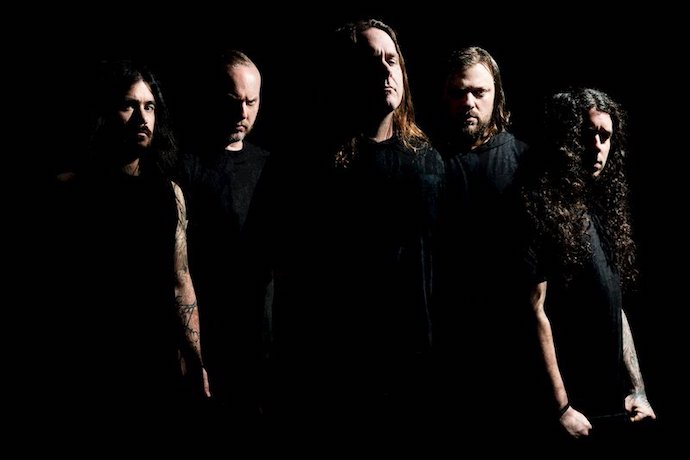 “Musically speaking CD still pull none of their punches, even as their sound expands to incorporate increasing amounts of moody melody, delivering every razor-edged riff and flurry of frenzied percussion at the sort of hyper-adrenalised velocity that their Grindcore roots demand, with the occasional diversion into chunky chuggery or gruesome groove happening as and when nature calls…. At its very best… this approach continues to be absolutely electrifying, pinning you in place like a lightning bolt cast down from the heavens and making it impossible look away from every rollercoaster twist and turn”.

Some might also have overlooked this paragraph from that review:

“The real gem, however, the album’s piece de resistance, as it were, is its titanic title-track, which breaks the band’s established pattern by sheer virtue of its extended length and progressive structure, taking full advantage of every second of its nine-minute (and fourteen seconds) run-time to showcase every aspect of the band’s sound – the abrasive speed, the pounding heaviness, and, especially, the always visceral, ever-more-versatile vocals of their frontman – at their absolute best”.

I fuckin’ love that closing title track, too, as does my comrade DGR (who put the album at No. 18 on his year-end list). And the (semi)clean vocals are one (of many) aspects of that track that makes it so riveting, and so addictive. I could have picked other tracks for this list, but “Death Atlas” really is so much more extravagant than anything else on the album that it gets the nod. 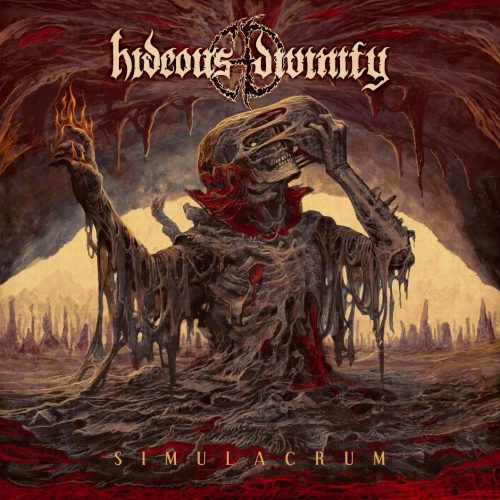 Hideous Divinity‘s latest album Simulacrum is breathtaking in its speed, volume, fury, technical virtuosity, and sheer vocal explosiveness. It’s a really intense album, but as Andy noted in his review, the band employed a “sophisticated variety of twists and tricks to keep things constantly engaging”. As he further wrote, “Simulacrum may well be ‘just’ another example of the hyper-fast Italian hyper-blast style to some people, but it’s also much more than that, and those willing to engage with it, to look past the superficial sound and fury, will inevitably discover just how much more it has to offer”.

DGR was also quite high on the album (as was I), putting it at No. 3 on his year-end list. And from his year-end write-up I’ll quote this passage regarding the track I’m adding to this infectious-song list today: “‘The Embalmer‘ remains just as terrifying as its excellent music video, a Hideous Divinity standard of non-stop madness and plenty of time for vocalist Enrico “H.” Di Lorenzo to scream over the top of it in a percussive nature to drive the song forward. Then a thirty-second interlude, and then it’s right back into the storm”.

By my lights “The Embalmer” is a good example of what Andy was describing in his review. It really is breathtakingly brutal and intense, and Enrico’s vocals are capable of melting skin and stripping paint from the walls, but things are happening within the song that give it other dimensions besides unbridled fury, and which I think make it infectious. That video may also have something to do with why the song sticks in my head — it’s a horrifying portrayal of the song’s lyrical conception.You see it once, and you can’t forget it.

One Response to “OUR LIST OF 2019’S MOST INFECTIOUS EXTREME METAL SONGS (PART 11): CATTLE DECAPITATION AND HIDEOUS DIVINITY”