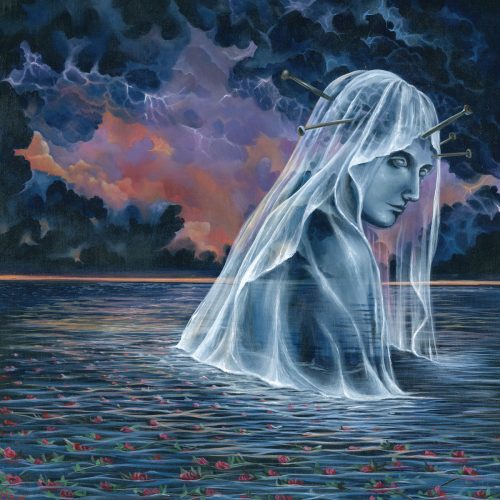 (Andy Synn pauses in his consideration of forthcoming records to look back at an album released last November by Chrome Ghost from Sacramento, California.)

This particular truism has felt particularly relevant to me in recent years, as it really does feel as though if I don’t stay on top of all the various new releases, week by week, that I’m going to end up missing out and falling behind in a way that I’ll never be able to recover from.

In fact, this is exactly what happens every year. There comes a point when my “to do” list reaches critical mass and has to be jettisoned so that I can start afresh. It’s unfortunate and it means some artists/albums inevitably lose out, but that’s just the way it is.

There are occasional moments, however, where it seems like time’s arrow does at least slow down a bit, allowing me to take stock and, if I’m very lucky, to look back and catch up with things that went over my head (or under my radar).

And sometimes, if I’m really, really lucky, I’m able to discover something really special in the process. 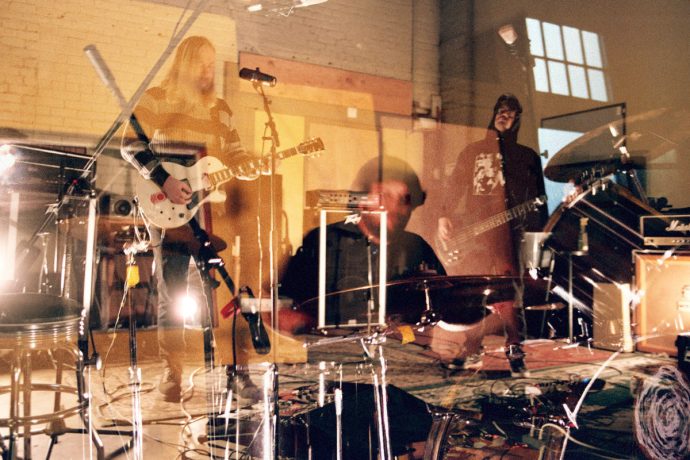 Released at the very end of November last year, The Diving Bell is the second album from this Californian three-piece, and one which, if I’d discovered it sooner, would probably have made some big waves and forced a major shake-up of my EOTY list(s).

Dealing in a truly spellbinding brand of doomy Post-Metal (or atmosphere-heavy Doom, the distinction is unclear and, ultimately, unimportant) Chrome Ghost possess a sound that, while familiar in many aspects – perhaps best be described as a fusion of Bell Witch and Alice In Chains, although there’s also some Yob and Alcest and maybe even a bit of Tool too – manages to sound effortlessly distinct at the same time.

In one sense the uniqueness of the band’s voice, the way in which they effortlessly b(l)end genres and influences to fit their vision, also reminds me quite a bit of those underrated underdogs in Dvne, as both bands possess an enviable ability to combine their inspirations into a series of cinematic soundscapes that are both ambitiously progressive yet totally immersive at the same time.

This is, of course, most evident during long-form compositions like captivating opener “Waltz in the Shadow of the Hillside” and the even more epic title-track, both of which make full use of the band’s rich creative palette – shimmering acoustic notes giving way to gargantuan, grungy grooves, haunting atmospherics erupting into heaving, sludge-soaked riffs (and vice versa) – to conjure some of the most vividly melodic and emotionally invigorating music you’re ever likely to hear.

Even during the shorter and more direct numbers like the mesmerising “Halo” – a song whose relative simplicity allows the gorgeous, expressive vocals of singer Jake Kilgore to take the lead even more than usual – you can feel the band’s confidence, as well as the  obvious care and attention to detail they’ve put into every aspect of their sound.

In fact if there’s one complaint (and a very minor one at that) which I might have it’s that another similarly short-but-sweet number between “The Diving Bell” and poignant, proggy closer “Visions” might just have added a little bit more balance to the record, and allowed for an even smoother ebb and flow between longer, more involved pieces and cleaner, more concise compositions.

Still, that really is more of a friendly suggestion than an actual criticism, as The Diving Bell is still a masterful piece of work as it is, with nary a moment of wasted time or a morsel of wasted energy to be found across the album’s practically seamless 39-minute run-time.

As broodingly intense as it is ephemerally beautiful, this was undoubtedly one of the best, and most overlooked, records of 2019, and one which rightly deserves all the attention and love which you, as the listener, can give it.