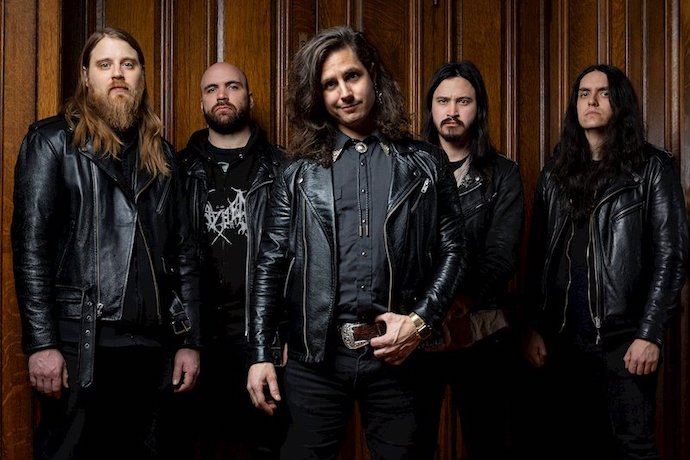 And with those observations behind me, let’s venture forth into the grand halls of doom…. 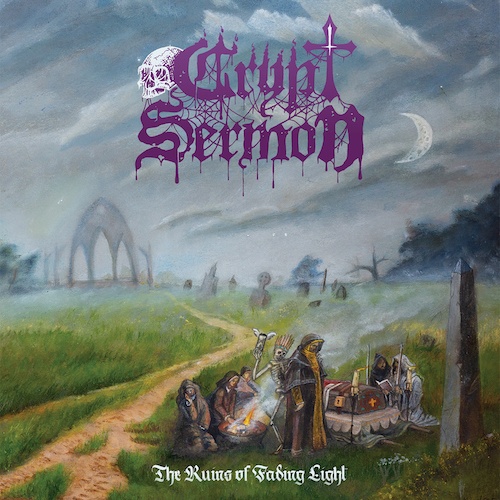 From humble underground beginnings as a kind of side project for many of its members, Crypt Sermon has in relatively short order achieved tremendous notoriety, and justly so, with a meteoric rise propelled by the strength of their 2015 debut album, Out of the Garden, and further elevated by their second full-length, 2019’s The Ruins of Fading Light, which became what I’ve called “one of the usual suspects” on most 2019 year-end lists I saw spread across the interhole and in many print zines.

I confess, however, that I’ve gotten lots of chuckles from being privy to an ongoing dialogue between one current and one former writer for NCS (Mr. Synn and Mr. Schafer, respectively), who’ve poked and prodded each other in a disagreement about just how good the new album is. It was the latter’s album of the year, while the former thought it was very uneven and less good than the band’s debut. Neither has changed the mind of the other.

However, even Mr. Synn (as he wrote here) has remarked about The Runs of Fading Light, in comparison to the first one, that “while the lows of this album are lower, the highs are also much, much higher”. In particular, he called “The Snake Handler” “arguably, the best song the band have ever written – doomy, melodic, energetic, and anthemic”.

I’ll add that “The Snake Handler” is also highly infectious. The opening solo is a thing of beauty, a swaying-cobra of exotic and sinister sound, and the jabbing riffs, the neck-cracking rhythms, and the choral voices that follow that are just as tasty, as are Brooks Wilson‘s soaring vocals and the pair of solos still to come, one slithering and spiraling and the other a pyrotechnic extravaganza. Before the end, the music becomes ominously majestic, wildly ecstatic, and then very sinister and reptilian again. And it sticks in the memory…. 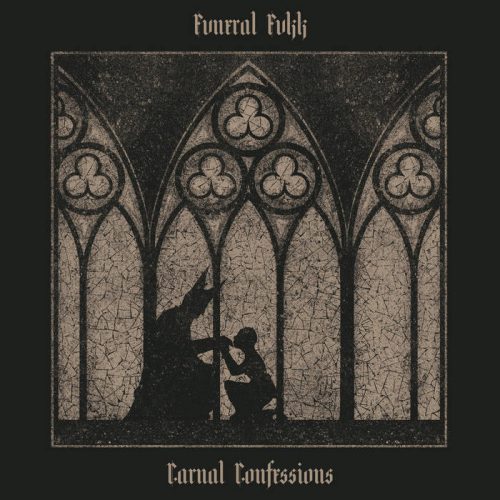 I’m going to give myself a small pat on the back for discovering and acclaiming (here) the debut EP of Fvneral Fvkk back in 2017, at a time when I think a lot of people saw their name, immediately concluded “this can’t be serious”, and passed right on by without listening to Lecherous Liturgies. I even included one of the EP’s two tracks on my 2017 list of Most Infectious Songs.

I think it’s fair to say that a lot fewer people are ignoring Fvneral Fvkk since they released their debut album last year. Certainly, my friend Mr. Synn recognized the merits of that album (he’s not alone, of course), so much so that he named Carnal Confessions to his Critical Top Ten list for 2019, calling it “without a doubt one of the most brilliant albums of the year”:

“It would be easy, and a little too simple, to describe the sound of Fvneral Fvkk (I know, I know, it’s a terrible name) as being a perfect synthesis of Warning, Woods of Ypres, and Paradise Lost, but it wouldn’t necessarily be inaccurate, as the German quartet really do channel the very best elements of the world’s very best Doom bands, both past and present, on Carnal Confessions.

“Of course, the band’s not-so-secret weapon is the astonishingly emotive voice of Cantor Cinaedicus (not, I might add, his real name or title), but every member of the band contributes to the album’s success, making each track a mini-masterpiece of bold, brooding riffs and bleak, beautiful melodies”.

I also loved Carnal Confessions, and have now given the band a repeat appearance on this annual list by adding “Chapel of Abuse” to this 2019 round-up.

Like “The Snake Handler” above, this song also has a riveting opening section, with a wailing guitar lead rising in haunting grandeur above heavy ominous chords. The vocals are equally riveting — clear, powerful, and haunting themselves, as they tell the terrible tale of clerical sexual abuse beneath the angel’s choir and the statues of holy saints. The melodies are desolate and doomed, grievous and groaning, but enthralling, and the snap of the snare bends your neck to its will. 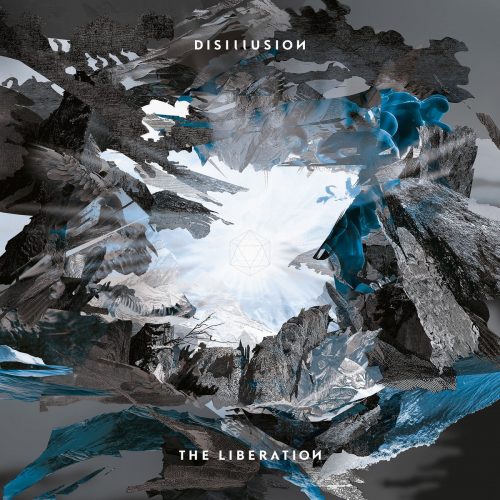 I have Andy Synn to thank for the final song in today’s triptych. To begin with, it was his review of Disllusion’s comeback album, The Liberation, that caused me to pay attention to it. If perchance you haven’t yet paid attention to it, consider this passage I’ve excerpted from Andy’s review:

“[O]ver the course of these seven tracks you’ll encounter echoes of the cinematic style of Devin Townsend, the epic riffage of Insomnium, the moody melancholy of In Mourning, and the intricate songwriting of Opeth, all interwoven in a way that’s not only far more cohesive and coherent than the most recent release by the former, but which suggests that the latter three will have to produce something truly special in the next few months if they’re not going to be outdone.”

Beyond that glowing review, Andy also named The Liberation (as he did that Fvneral Fvkk album) to his Critical Top Ten list for 2019, reminding us that “[e]very single track is a masterful mix of shining melody, powerhouse riffage, and grandiose atmosphere, woven into form by the band’s nimble, nuanced songwriting, equal parts brooding and bombastic, and topped off with the vibrant, versatile vocals of Andy Schmidt, whose gritty growl and soulful singing are somehow even better than ever”.

And beyond that, Andy made sure I didn’t forget “Time To Let Go” before finishing this infectious song list. That was a great reminder, because “Time To Let Go” is a great song, probably the closest thing the album has to a true “single”, and an absolutely gorgeous and glorious, melancholy and majestic, piece of work. Like the album as a whole, it’s very easy to get caught up and carried away by the song (and by Schmidt’s remarkable vocals), and just as easy to return to it repeatedly.