One of the tracks on the EP is a cover song, Godhunter’s take on “Walking With A Ghost“, which was originally recorded by Tegan & Sara. I also mentioned that the song would eventually become the subject of a music video made by Mitch Wells from Thou, and that video was finally released yesterday. It’s the first item in this collection.

Along with the video, Godhunter released a statement on Facebook:

“We made this video to support suicide prevention. We really wanted to do some sort of interview with it and explain why we made it, but to be honest, no one gives a flying fuck about anything we have to say….

“We still hope that maybe this video reaches someone and helps them through a dark time. We’ve spent a lot of our lives in darkness, so we know how frightening it can all seem. We just want to tell people that you really are never alone though. Reach out to someone. Reach out to any of us. We’ll always have time to listen or just sit there and eat ice cream with you.

“Huge thanks to Mitch Wells (from Thou) for all his hard work on this. He is a sweetheart and an excellent video director and you all should have him make a video for your own band.”

I hadn’t heard Tegan & Sara‘s original before listening to Godhunter’s cover, but I did listen to it later. Godhunter’s version somehow preserves the pop-punk bounce of the original while mutating it into a much darker, more perilous, and heavier piece of a music, creating a contrast between the deep, grinding, ominous riffs, anchored by gut-busting drum and bass work, and the high, clean vocals (by guest Nick from Methra), which sound remarkably like the original. 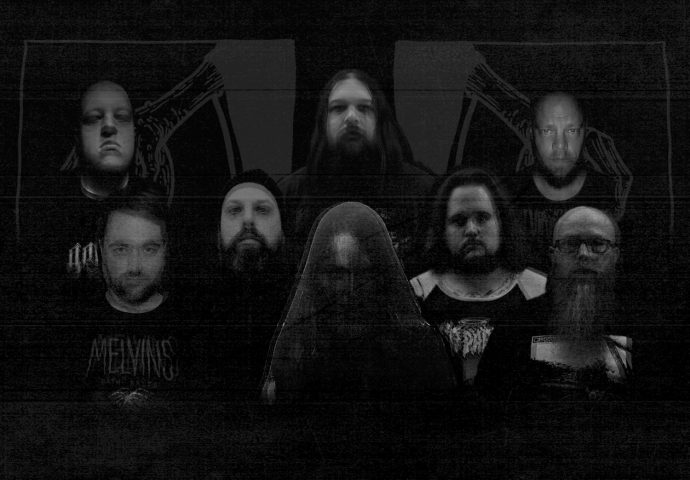 It’s a desolate fact that many people reading this knew someone who took their own life, or have a close friend whose parent, sibling, lover, or child did so. Others who read this may spend many of their days and nights in a darkness that seems to have no end. There aren’t easy answers for people at risk — even realizing that the risk is real may be very difficult for those of us in their circles. But if answers are to be found, they all begin by reaching out with the final message in this video: You are Never Alone.

All proceeds from the EP’s sale will be donated to Planned Parenthood. 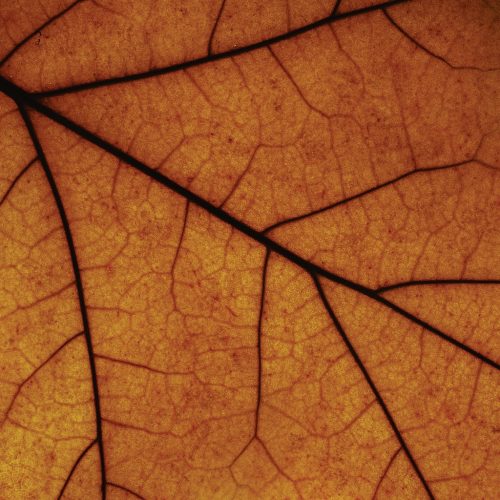 Today brought the announcement by Season of Mist that they will release a 12″ split by Drudkh and the Swiss band Paysage D’Hiver. Entitled Somewhere Sadness Wanders / Schnee (IV), it includes two songs by Drudkh and one by Paysage D’Hiver and will be released worldwide on August 25th.

Along with this announcement came the debut of one of Drudkh’s two tracks, “The Night Walks Alone Towards Her Throne“. As a long track, it undergoes changes — remarkably vibrant and dazzling at the beginning, with a dark sweeping melody cascading over a trampling drum rhythm and cutting vocals, it then slows and becomes more introspective and somber before resuming its headlong rush. And so it goes, back and forth.

It’s an emotionally charged song, one that glimmers with brightness and signs of enchantment in its slower movements, and is exhilarating at top speed. It may disappoint some stubborn souls who expect sounds closer to the Drudkh albums from years long gone. I’m very happy with it as it is. 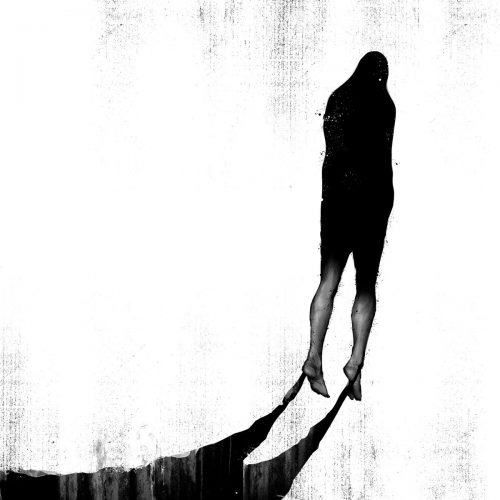 Larga Sombra is the debut album by a band from Madrid, Spain, named Khmer. It’s set for release on August 11 by the German label WOOAAARGH, and by Long Legs Long Arms (Japan), Halo Of Flies (US), and the Spanish labels Violence In The Veins, The Braves Records, and In My Heart Empire. A limited cassette edition will be co-released with Catmouth Records (Malaysia).

When I saw press material recommending the album to fans of such diverse bands as Converge, Wolfbrigade, The Secret, Skitsystem, Full Of Hell, Disfear, and Ancst, curiosity got the better of me. I’ve now listened to the three songs that are currently streaming on Bandcamp, and they’ve made a strong impact.

All of them are punishing, powerhouse tracks, with the kind of hard-slugging heaviness that causes walls to cave in and roofs to collapse. Rhythmically, they do include d-beat crust romps, but the songs are dynamic affairs that range across other pacings as well, including both jet-fueled grind-like rampaging and sludge-laden pile-drivers, and the riffs deliver hook-filled melodies as well as slashing savagery, while the guitar leads frenetically veer into bouts of freakish dissonance. And on top of all that, there’s a charred black coating on the songs, thanks to the vocalists’ demonic shrieking.

Even judging by just these three songs, Khmer prove themselves to be very good and pretty fearless songwriters, and accomplished musicians. And they do damned well know how to inflict high-grade punishment. 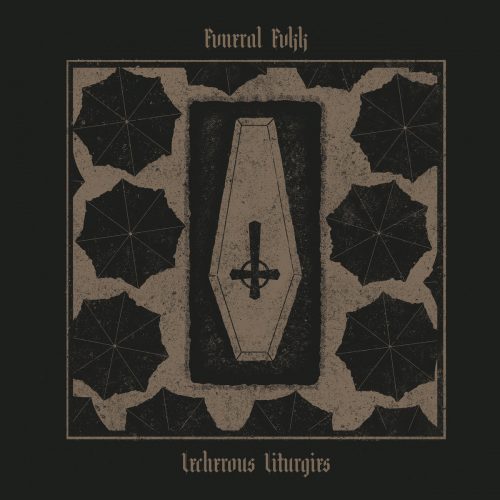 What drew me to this final item in today’s round-up was the news that this German band’s line-up includes members of Ophis and Fäulnis, both of whom have put out some fine records in the past.

But let’s consider the elephant in the room up-front: This band’s name is Fvuneral Fvkk. To be honest, it made me leery of the music before hearing it, as if they might just be “taking the piss” with their songs, as some of my British friends would say. Of course, that suspicion turned out to be a load of bollocks, or you wouldn’t be seeing the EP here.

And yes, what I have below is a stream of the band’s first EP, the name of which is Lecherous Liturgies. Despite something else the band’s name might suggest, this is not grindcore or crust. It is doom. Which brings me to the following statement by the band:

“Yes, we know exactly what you think. ‘Fuck, yet another Doom Metal band’. You are right. So what? FVNERAL FVKK bring the depravity back to a genre which is currently starving. Corrupting members of the german cult acts FÄULNIS and OPHIS as well as the aspiring newcomers CRIMSON SWAN, this new, rotten entity emerged from the pits of sodomy in Hamburg/Germany. Formed in early 2015, its sole purpose is to bring sacral, angelic atmosphere back to Epic Doom Metal… and then rape it all over.”

The band have also explained that the lyrics “deal exclusively with the debauchery of the clergy and / or necrophilia in the name of god. His Holiness is a foul pervert, and this band serves as vessel of His demented will!” Did I mention that there’s a bonus track on the EP named “Fvkking At Fvnerals“? 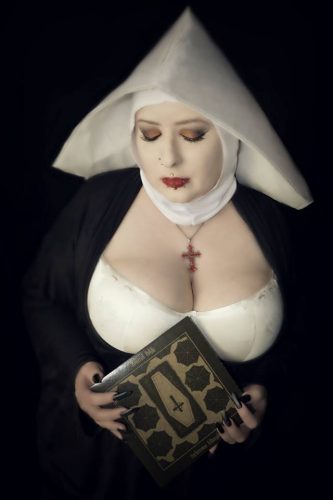 To repeat, this music is no joke. The largely mid-paced songs are really well-written, anchored by intensely seductive melodic hooks. They’re also plenty heavy, undergirded by a potent rhythm section (you can almost feel those drum strikes gradually cracking your skull like a car windshield crazing under the blows of baseball-sized hail). Compulsive headbanging is the order the day, except when it’s time to crawl like someone who’s suddenly lost the use of his legs, with an anvil on his back.

Beautiful, heart-aching solos effectively magnify the sorrowing atmosphere of the songs, but it’s also true that the atmosphere of the music has a sinister edge. And still again, it’s also true that the vocalist has a pure voice, quite clean but quite mesmerizing. It won’t be long before you try singing along to the chorus harmonies, wishing you could hit the notes he hits.

Lecherous Liturgies was released on July 7 by Solitude Productions.