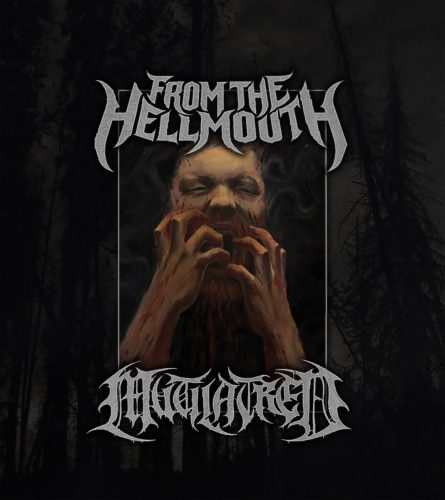 To help spread the word, we’re hosting the premiere of a video teaser. And although it’s only one minute long, it’s a very delectable taste of the obliterating monstrosities that both bands dish out.

The new split includes three tracks by From the Hellmouth and four by Mutilatred (with a bonus Mutilatred track on the digital version), both of whom have strung together impressive lists of live performances since their formation. 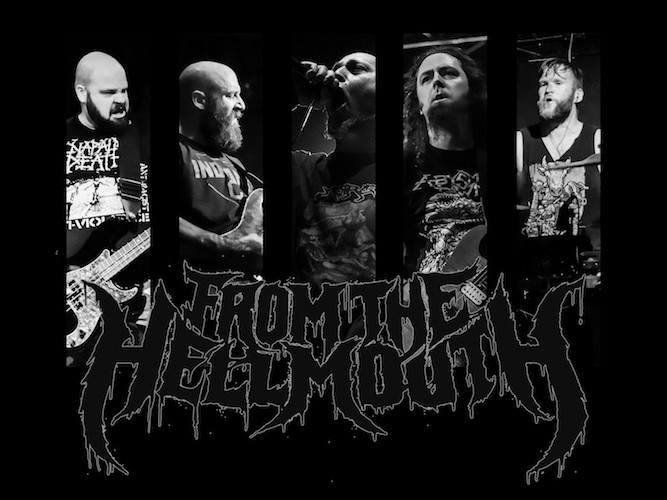 The split marks the first recordings by From the Hellmouth since becoming a full band, and the songs reflect a more primitive and even more crushing strategy of assault than what you’ll find on that excellent debut EP. From the Hellmouth have drawn praise from the likes of Cannibal Corpse and Revocation, and the labels recommend their vioence to fans of Bloodbath, Aeon, and Hypocrisy. 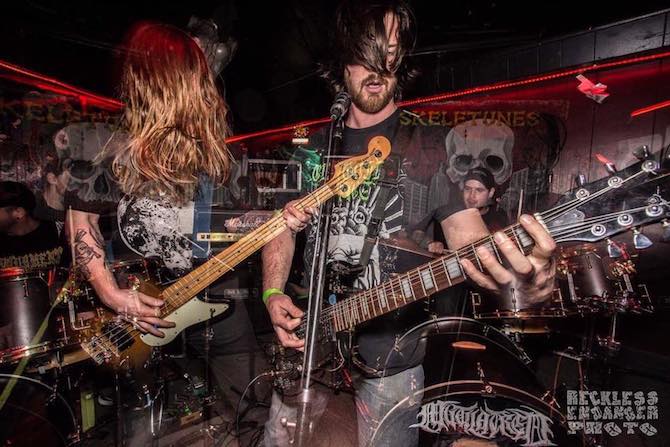 Mutilatred have also laid waste to many a live venue since their spawning, and have been praised more than once by Trevor Strnad (The Black Dahlia Murder). Redefining Darkness and Seeing Red liken the new songs to a combination of “the juggernaut onslaught of Mortician with the death metal stylings of Incantation“.

And if those references and morsels of background info don’t get you salivating, even the brief snippets of sound in the teaser should do it.

The split will be released on special weighted chrome tape in a smoky color cassette with oraange imprint, limited to 100 copies worldwide. It will also be released digitally through Bandcamp.