I don’t always have time to immediately listen to albums reviewed by other NCS writers that I’ve not yet heard. But eventually I get around to them, and that’s what happened with Sūrya’s second album, Solastalgia, which was released by Argonauta Records last summer. I read Andy Synn’s review of the album in the course of getting it ready for posting, but couldn’t immediately give it a listen even though he said some very nice things about it and even though I was a fan of the band’s full-length debut, Apocalypse A.D. (2015).

When I did listen to the album I got hooked on particular songs, and especially on the closing track “Saviours“. Andy called it “flabbergastingly powerful” – “a song that starts off in the red and only gets heavier and more intense as it goes on”. It really is very heavy and very intense song, and so memorable that I couldn’t conclude this list without finding a place for it here. 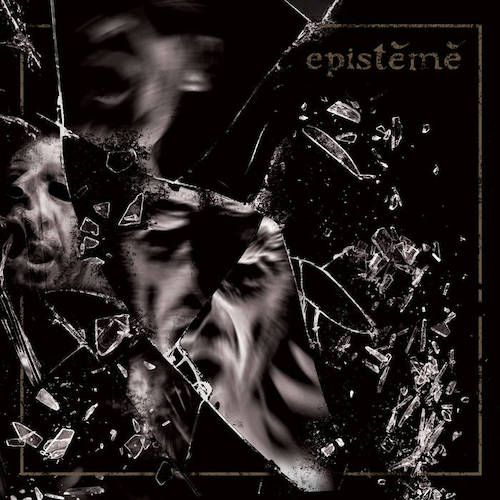 “Death Comes First” comes first on the album Epistēmē, which was released by the Bulgarian band Dimholt last October, and I developed an addiction to it from the very first listen. Its combination of driving industrialized rhythms, hornet-swarm riffing, pestilential melody, and scarifying vocals reminded me of Kriegsmaschine, which is a very good thing. The music is not only fiercely ravaging and skull-plundering, but also glorious — the kind of demonic glory that might shine when the throne of Hell becomes the throne of Earth. My only complaint is that the song is too short.

The rest of Epistēmē feeds us additional wondrous poisons and body-shaking rhythms, and if you missed it you should give it a spin soon. But “Death Comes First” is still the track that pulls me back. Be prepared to yell right along with Dimholt:  “Devouring Death Comes First!” 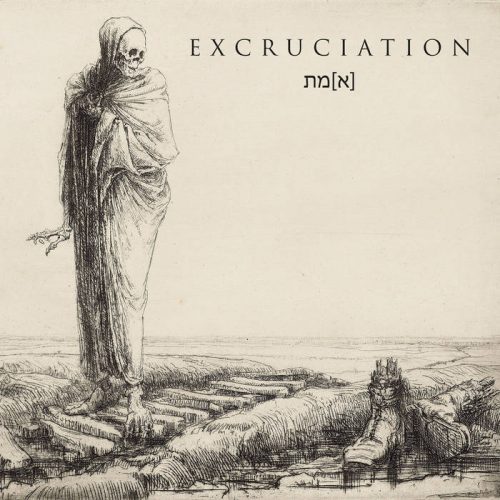 This next song wasn’t a brand new song when it was released last year. It appeared on a 2019 compilation of rare songs that had been recorded by the long-running Swiss doom/death metal band Excruciation since their reunion in 2005. A total of 16 tracks appear on the compilation, which is entitled [E]met, and they were originally written for splits, sampler contributions, cover versions, and B-sides; most of them were only released on vinyl or MC. Nevertheless, I don’t feel guilty for including it on a 2019 list.

The song from [E]met that I have found “most infectious” is “Lybia 1942“, which was first released through a music video that includes footage of the World War II conflict referred to in the song’s title. In its first three-and-a-half minutes, the mid-paced music is mountainously heavy and regal in its gloom, and in its own catastrophically doom-stricken way, quite beautiful. After that magnetic opening sequence, the song becomes more violent, summoning visions of warfare and bloodshed, before final reprise of that powerful opening sequence. I also quite like the sound of Eugenio Meccariello’s full-throated bellows.

This is a tough one to get out of your head after you’ve heard it — and why would you want to?