I don’t always have time to immediately listen to albums reviewed by other NCS writers that I’ve not yet heard. But eventually I get around to them, and that’s what happened with Sūrya’s second album, Solastalgia, which was released by Argonauta Records last summer. I read Andy Synn’s review of the album in the course of getting it ready for posting, but couldn’t immediately give it a listen even though he said some very nice things about it and even though I was a fan of the band’s full-length debut, Apocalypse A.D. (2015). END_OF_DOCUMENT_TOKEN_TO_BE_REPLACED

(Our Russian friend Comrade Aleks returns to NCS with this new interview of Eugenio Meccariello, vocalist of the long-running Swiss band Excruciation, whose latest release (via Auric Records) is a substantial compilation of rare songs that have been produced since their reunion in 2005.)

Originally formed in Zurich in 1984, Excruciation seems to be one of first death-doom bands. They did some successful experiments ’til the late ’80s and gained a reputation with a bunch of demos and the Last Judgement EP in 1987. They almost recorded a full-length album, but the band was split up in 1991. Who could expect that Excruciation would return in 2005 with new material, and with all original members in the lineup? However, their reunion EP Arise did lead them to a series of new releases including four full-length albums and nearly a dozen shorter recordings.

The band’s fresh compilation [e]met sums up Excruciation’s non-album legacy, and this 16-song collection will give you a pretty good impression about their way into this crude, heavy, and yet emotional doom-death metal. Excruciation’s vocalist Eugenio Meccariello sheds light on [e]met and the band’s current status. END_OF_DOCUMENT_TOKEN_TO_BE_REPLACED 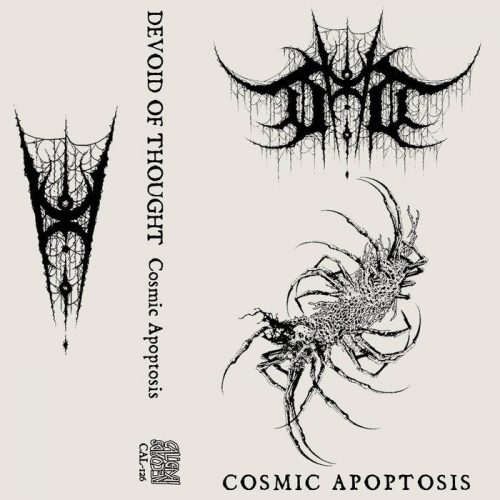 In October 2017 we premiered a demo named Astral Necrosis by the Italian band Devoid of Thought, whose name I thought would also describe the mental state of listeners exposed to the demo’s three tracks. The music was a whipsawing amalgam of death metal and thrash, with the kind of fireball instrumental performances and brain-spinning intricacy that might lead one to slap a “progressive” label on the ingredients as well — except the music seemed too maniacal and vicious for that word. It was insanely good, and also just insane. END_OF_DOCUMENT_TOKEN_TO_BE_REPLACED