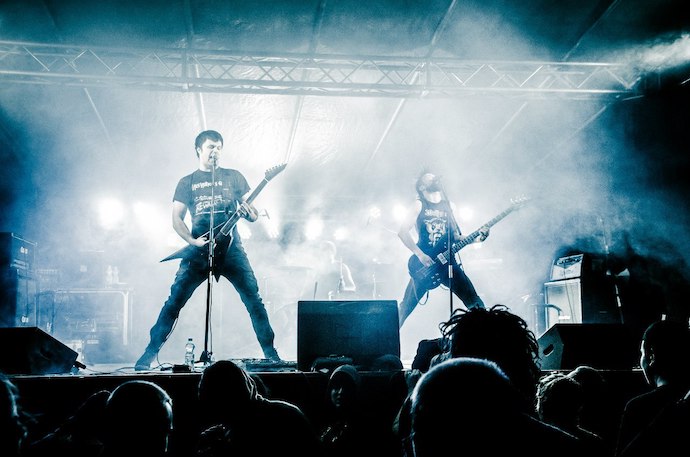 (In this SYNN REPORT for January 2020, Andy reviews the combined discography of the Russian band Minuala.)

Recommended for fans of: Martyrdöd, King Apathy, Downfall of Gaia

Despite not being much of a social butterfly, one thing I appreciate about the Metal scene is the sense of community it can foster between different people from different places and different backgrounds.

Sure, I might be a little cynical about it now and then (often with good reason), but I only have to glance at my own little “community” (which really isn’t all that “little” at all these days) to see all the ties which bind me to the people within it – from my band-mates and my old friendship circle back home, to my brothers at NCS (and our extended family), the various comrades and compatriots from other sites/zines who’ve become part of our crew, and the multitude of musicians I’ve come to know over the years.

The group featured in this month’s edition of The Synn Report was recommended to me by one of my oldest and dearest friends, who himself received it from one of his coworkers (who happens to be the ex-bassist from Fall of Efrafa). So you know who to thank if you find yourself with a new favourite band.

The band in question are Minuala, from Russia, and their music is a fantastic blend of dark, subtly blackened Hardcore, riff-driven metallic muscle, and riveting Crust/Post-Metal touches, that should appeal to fans of bands like Martyrdöd, King Apathy, Dödsrit, Downfall of Gaia, and, yes, Fall of Efrafa.

As an introduction to the band’s music you couldn’t do much better than the title track to Крики Чёрных Птиц (which translates as “Black Bird Screams”), a song whose sheer urgency and meaty Metallic Hardcore riffs (not to mention some welcome touches of shining melody) offer an immediate and attention-grabbing way to kick off this column.

“Сам Себе Враг” is shorter, sharper, and more aggressive, with some great interplay between dissonant hooks and lithe, limber bass work, while track three, “Хаос во тьме”, transitions from an emotive, acoustic introduction into an adrenaline-surging shot of chunky, punky riffs and swift, snappy kick drums that should definitely get a few heads nodding in appreciation.

“You’re A Living Soul” ups the heaviness, while also introducing a touch of the more atmospheric qualities which would later play a large role in the band’s sound, after which “Кровавый рассвет” shows off the sort of keenly melodic, subtly metallic, edge which the band’s Swedish siblings in Martyrdöd have long made their stock in trade, before building to an unexpectedly epic and uplifting finale.

“Последний выстрел” is heavier, darker, and, with a few small tweaks, could easily cross over from “Blackened Hardcore” to straight-up  “Black Metal”, albeit of the significantly more punky and pugnacious variety, whereas, by contrast, “Untitled” errs far more towards Melodic Hardcore (think early Rise Against or BoySetsFire) while still maintaining a meatier, more metallic vibe.

Things slow down, at least for a while, during the moody intro to “Миллионы жертв”, which makes the subsequent explosion of reckless riffing and rapid-fire drum work all the more effective, leading in turn into the moodier, more melodic strains of “На Линии Огня” – which builds up a steady and unshakeable sense of momentum over the course of just over three thrilling minutes – and the unexpected blend of doomy grandeur and thrashy energy that is “Осколки”.

Last, but by no means least, closer “Тихий плач ворона” leans more into the bombastic, Crust and Post-Metal influenced approach of Fall of Efrafa, building slowly towards a suitably bombastic, rifftastic climax which hints at even bigger, better things to come. 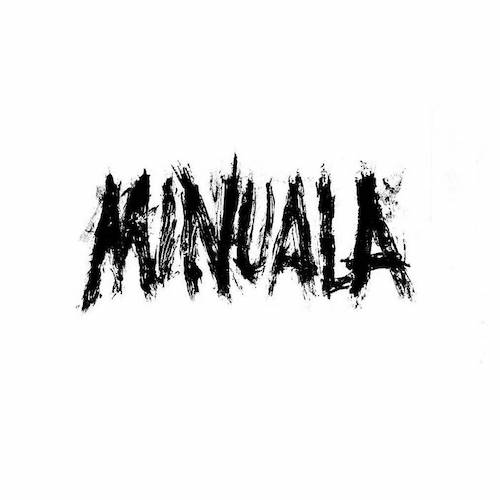 Opener “Ветер в огне” begins with a splash of simmering melody, before exploding into thrashy, punky life with a cavalcade of wild, wiry riffage and rock-solid, bass-driven rhythms reminiscent of early Darkest Hour, while “Разбитые лица” is a short, sharp shock of classic Metalcore aggression, all rapid-riffs, spasming blastbeats, and chunky, chugging rhythms.

Both “Ебаный мир” and “Плачу над гробом твоим” add a crustier, almost grindier, feel to things, the former rocking out some thick, low-slung riffage and galloping intensity over the course of just under three minutes, while the latter offers a short, sharp, 52 seconds of punchy Punk-Metal aggression.

This is balanced out in turn by the poignant melodic intro to “Где же твой рай?”, which eventually develops into one of the most electrifyingly intense cuts on the entire record, recalling both the raucous energy and raw emotion of both Martyrdöd and Darkest Hour at their best.

It’s worth pausing a second here to acknowledge the contributions of bassist Lexa, as while he’s not the flashiest four-stringer in the world, he’s always right there in the thick of things, trading off nimble-fingered fretwork with his band-mates or laying down some seriously meaty grooves that keep everyone locked in tightly. In fact, the more I listen, the more I appreciate what he brings to the table.

“Ближе к Богу” mixes punky vitality and catchy melody with a bevy of thrashy thrills and spills, after which “Падшие с небес” embraces this Thrash-Punk/Metallic Hardcore aesthetic even more, spitting forth a series of stripped-down, spiky riffs and riotous rhythmic hooks, particularly right at the end where the guitars, bass, and drums all sync up seamlessly into one seriously chuggy groove.

Penultimate track “Колыбель” keeps the energy and intensity levels turned right up, with drummer Dima in particular kicking up an absolute storm behind the kit, after which the album concludes with the slower, chuggier strains of “Конец”, whose more emotive and atmospheric approach (not to mention the layering of clean-picked melodies and deep, distorted guitars) reaches out to offer the same sort of cathartic climax once perfected by the dearly-departed King Apathy. 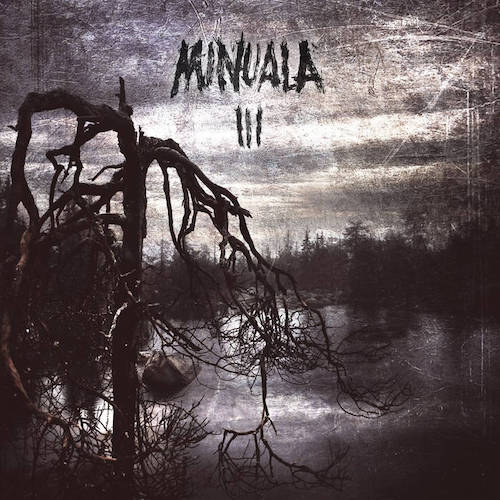 Album number three is where you can really see the band beginning to find their footing, kicking off with the mournful piano intro to “Open Your Eyes – You Are Breathing Death”, which eventually gives way to some of the heaviest, most metallic, riffage and most voracious vocals which the band have ever recorded, finally culminating in a surprisingly doomy and majestic finale.

The striking, bass-heavy “Untitled” owes just as much to the d-beat driven approach of early Fall of Efrafa as it does the metallic moodscaping of latter-day King Apathy, tugging at your heartstrings even as it raises your pulse rate, while the more abrasive assault of “Salvation Dreams” offers three-and-a-half minutes of subtly blackened Punk-Metal punishment and volatile vocal venom.

“Last Shot” goes even heavier, and even harder (closing in on Heaven Shall Burn territory) while still maintaining just the right amount of punky melody to ensure that the balance is never lost, after which a faithful (and furious) rendition of Amebix’s “The One” finds the band paying tribute to their influences in style.

After this minor diversion, the hard-hitting, Darkest Hour-esque “Crying Dark Angels” (a reworking/re-recording of a track from their debut) gets things back on track, updating the song with both a heavier and more aggressive vibe while still allowing its more melodic elements the necessary room to breathe.

This is followed in turn by another re-recording from the same album – this time a version of “You Are A Living Soul” that’s both meatier and more atmospheric (particularly the second half) than the original – and a reworking of “Fucking World” from the band’s previous record, with both songs benefiting from a bigger and more bombastic sound.

For their grand finale Minuala slow things right down with the brooding, groove-heavy sound of “Belial”, which finds the band erring even further towards the epic, heart-on-sleeve style of King Apathy while also once again recalling the similarly engrossing work of Fall of Efrafa so as to finish off the album in pensive, surprisingly poignant, fashion.

On album number four you can tell the band have truly found themselves, further embracing their more epic and atmospheric inclinations without sacrificing an ounce of raw power or electrifying energy.

This is immediately apparent on opener “Холод и голод”, whose riveting blend of galloping riffs, writhing tremolo melodies, blistering blastbeats, and soaring Post-Metal dynamism really does sound like a band truly coming into their own.

You can see this just as clearly (if not even more so) on “Мгла”, which is not only the longest song the band have ever written, but also one of their most immersive, taking full advantage of this extra time so as to allow every riff, every melody, every hanging chord or ringing note, room to develop and breathe.

Both these tracks, in fact, remind me quite a bit of the irrepressible (and massively underappreciated) Downfall of Gaia, as while the two bands don’t sound identical by any means – Minuala are still punkier, while DoG are considerably more blackened – they share a similar knack for weaving together multiple influences into something greater than the mere sum of its parts.

Case in point, “В огне” channels the riffy, Crust-Punk swagger of Martyrdöd, but combines it with a moodier and more atmospheric Post-Metal dynamic to create something noticeably distinct from its inspirations, while the short, sweet, and perfectly formed “Шаг за шагом” balances the Blackened Crust belligerence of Dödsrit with the emotive vitality of Shai Hulud.

“Боль” is a concise and cathartic slab of Blackened Post-Metal melodrama, one whose initially straightforward structure actually conceals a wealth of hidden depths – form the deluge of hammering blastbeats which propel each verse to the deceptive simplicity of its humongous, hook-heavy chorus – whereas the throwback Metalcore bite of “Выбирай” really is as simple, and as effortlessly effective, as it seems, exploiting both the band’s punk roots and more melodic inclinations in equal measure.

Closing with the haunting, dramatic, strains of “Карелия” – six minutes of bleak metallic melody, aching emotive atmosphere, and heaving, crust-ridden catharsis – Зачем Лить Слезы, Когда Падаешь Вниз? is the album which Minuala have been building towards for their entire career, as captivating a collection of raw emotion and raging riffs as anything produced by any of their more famous peers.