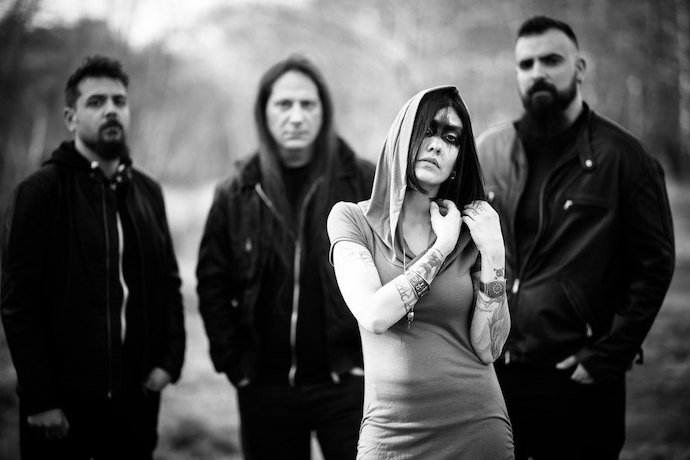 Undoubtedly, when metal fans first learn about the line-up of the Roman band INNO they will be attracted by the names of other bands on the members’ resumes — such names as Fleshgod Apocalypse, Hour of Penance, Coffin Birth, and Novembre. In addition to kindling interest, those other names will likely spawn certain expectations about INNO’s sound. And what fans will then discover upon exploring the music is that INNO’s veteran members have chosen to pursue different interests in this project, and have turned their music in different directions.

Led by the commanding voice of Elisabetta Marchetti (ex-Stormlord, ex-Riti Occulti), INNO characterize their music as “dark metal” — an amalgam that includes ingredients of doom, gothic, and progressive metal — and they make comparative references to the likes of Katatonia, The Gathering, Amorphis, and Porcupine Tree. Their debut album is named The Rain Under, and it’s set for worldwide release by Time To Kill Records on February 20th.

What we have for you today is the exclusive premiere of a music video for the album’s third track, “Pale Dead Sky“. 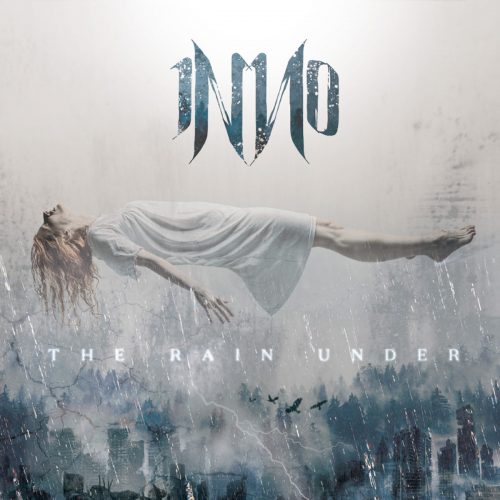 To complete the line-up of INNO, in which Elisabetta Marchetti sings and performs piano and acoustic guitar, Cristiano Trionfera (ex-Fleshgod Apocalypse) is the rhythm and lead guitarist, Marco Mastrobuono (Hour Of Penance, Coffin Birth) is the bassist, amd Giuseppe Orlando (ex-Novembre, The Foreshadowing, Airlines of Terror) performs drums and percussion. Together, within the expansive confines of The Rain Under, they’ve told “a story about darkness, fear, nightmares and despair.”

All of those dark sensations play a role in “Pale Dead Sky“, but the song also proves to be a sonic tapestry of contrasting sensations that together create an emotionally involving and enthralling experience.

A lilting, crystalline guitar harmony and a skipping drumbeat create one of those sensations right away, as a prelude to the entrance of Elisabetta Marchetti‘s clear, soaring vocals. There is a liveliness and vitality in this opening measure, and that passage reappears, but the band also periodically kick into a compulsive rocking cadence that anchors an urgent, heavier, more distorted, and more ominous riff and punchier bass lines — all of which will get heads moving reflexively.

In the center of the song, the rhythm section abruptly falls silent and haunting keyboard chords reverberate against a mystically shimmering backdrop, and then Marchetti ‘s voice and acoustic strumming leads the song back into heavier, and this time even gloomier territory, where the music combines the weight of the distorted riffs and the brightness of the darting lead. The song builds in intensity, with Marchetti’s voice doubled in an impassioned harmony, and the rhythm section and guitars mount to a zenith of desperate intensity. 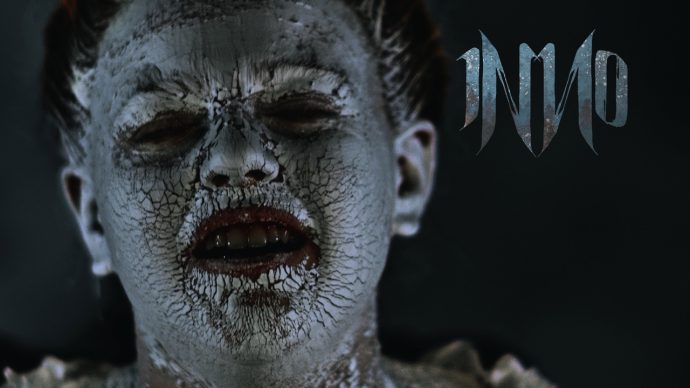 The gorgeous and intriguing video we’re presenting makes for a fine complement to the song. It was beautifully produced by Sanda Movies, and was directed and edited by Martina L. McLean.

The album was produced by the band and mixed by Marco Mastrobuono and Giuseppe Orlando in Rome. Mastering was handled by renowned Danish producer Jacob Hansen (Katatonia, Volbeat, Epica). Last but not least, the cover artwork was created by Decline Design.

Time To Kill Records will release The Rain Under on February 28th, and the first 75 copies of the CD digipack edition will come with a painting by Elisabetta Marchetti (each print (21×21 cm) will be hand numbered and signed by the band). Pre-orders are now available now via the link below — and also below you’ll get a chance to listen to another track from the album (“Night Falls“), in addition to experiencing today’s video premiere.