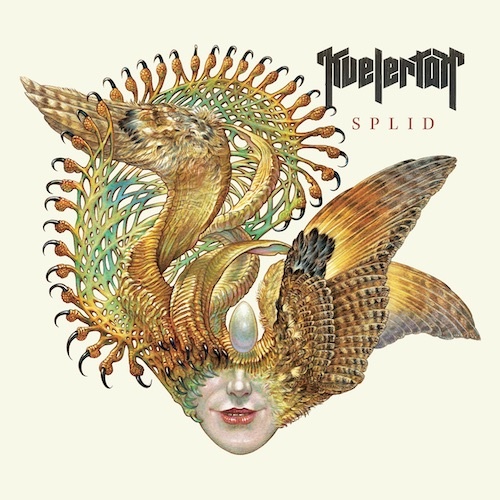 (This is Wil Cifer‘s review of the new album by the Norwegian band Kvelertak. The album will be released by Rise Records on February 14th.)

The third album from these Norwegian punks is not only more refined, it is also their first with new vocalist Ivar Nikolaisen. The youthful attitude in his snarl gives more weight to the punk slant of this album.

When punk is referred to here, think more of a ’90s European direction like Refused. Punk is also only one side of the equation, as they also offer a large dose of rock ‘n’ roll with guitar harmonies that have a warm Thin Lizzy-like tone. Not that any of these elements are coming out of left field. They have all been hinted at on the previous albums, but have now been brought further into center stage. 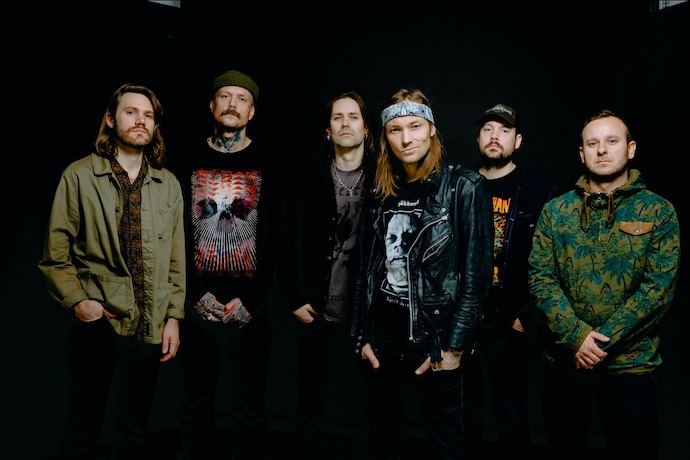 The rock is not only being dialed up, it is given hyper-focus with the strummed guitar of the lead single “Crack of Doom”, which is sung in English and also features guest vocals from Mastodon’s Troy Sanders. This song makes a clearer distinction in how Ivar’s vocals differ from his predecessor. They possess a higher punk sneer than the more hostile and throaty growl of the past. By the third song “Necrosoft” I quit measuring this album against their previous ones and began to listen on a song-to-song basis.

The sticking point for you, dear reader, is how open-minded are you to change? Change often benefits this band on the new record, as sonically there is more going on; the compromise is less density and intensity. All of the guitars sound great on this album and are masterfully executed. The multi-tracked vocals can take some getting-used-to. The songwriting has also stepped up. The band cover a great deal more ground with these arrangements. They have a made a logical progression from the first album, which threw itself at you in a drunken howl. This album is less boozy and feels like they were more stoned than hungover in the studio this time around.

The attack of the guitar shifts to a brisk jangle of garage-rock-flavored style of punk. More polished than raw or rough-edged. Not the first punk band to be influenced by Thin Lizzy. Not to say it is devoid of all metal moments. It might not conform to how metal has really been defined since the mid-’80s, but it does have enough thrashing moments to keep today’s metalhead interested.

Some of the album’s more intriguing moments are also the oddest. A good example of this is heard on “Tevling”, which is haunted by the more New Wave side of the ’80s. I love this, but I can hear where their more metal-minded fans might not embrace this despite the more explosive chorus. There are without a doubt more atmospheric layers going on with this album, yet it has a party vibe to it. I am not disappointed. Post-punk moments also counter-balance against some of the album’s heaviest riffs on “Delirium Tremens”, which drives the point home that I am the right demographic for these changes. There are a few touches of black metal on the last song, but it aligns with most expectations of this band.

I am on-board with the shift in direction. Changing singers can be a gamble for bands, and it feels like they made this adjustment with a great deal of grace. Fans of this band who are less invested in their black metal side should find plemty to love here. It’s an interesting new chapter for Kvelertak.

This album comes out on Rise Records on  s