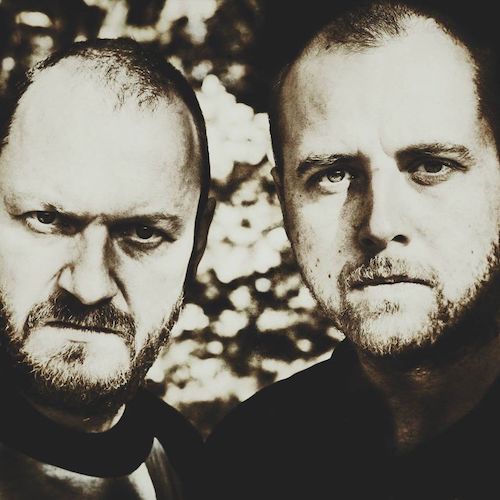 (Comrade Aleks brings us this tremendously entertaining interview (which delves into both horror films and The Kybalion as well as the music, with Michael “Jimmy” Imhof from the German band Vampyromorpha.)

You probably know that vampyromorpha isn’t only a bizarre kind of octopus, but also a power-heavy doomed duet from Würzburg, Bavaria.

Formed in 2014 by Fabian Schwarz (guitars, bass, drums) from a good number of bands including Runamok, Terrible Old Man, The New Black, and more, accompanied by Michael “Jimmy” Imhof (vocals, Hammond organ) of Lex Rhino, Naked Star, and more, Vampyromorpha released their debut Six Fiendish Tales Of Doom And Horror… in 2015. This strikingly refreshing combination of heavy powerful riffs delivered in mid and fast tempo, killer tunes, and old school macabre charms alongside expressive vocals telling real and fictional stories from the dark side of human lives is criminally catchy and truly remarkable.

Four years after, these gentlemen return with a second full-length work, Herzog, and that’s the thing we’re talking about with Jimmy tonight… That and horror movies. Lots and lots of horror movies.

Hi Jim! How are you? There’s movement in Vampyromorpha’s lair, and I believe that you’re quite busy now after Herzog’s release.

Hi Aleks, thanks, I´m fine. But I am also very busy at the moment, because our new album Herzog causes great reactions. More than three years from our debut album we could increase musically. More speed, more horror themes, and again a short playing time on the album ha ha ha!

I remember Vampyromorpha was tagged as an “Adult-Oriented Doom Metal” band. Is it the same with Herzog? Are you ok with this definition?

Yes, it still is! For us Doom Metal is not the pure definition of epic slow metal sounds. Doom for us is death, destruction, horror, and also irony. You have to give the sound a name: Vampyromorpha = AOD 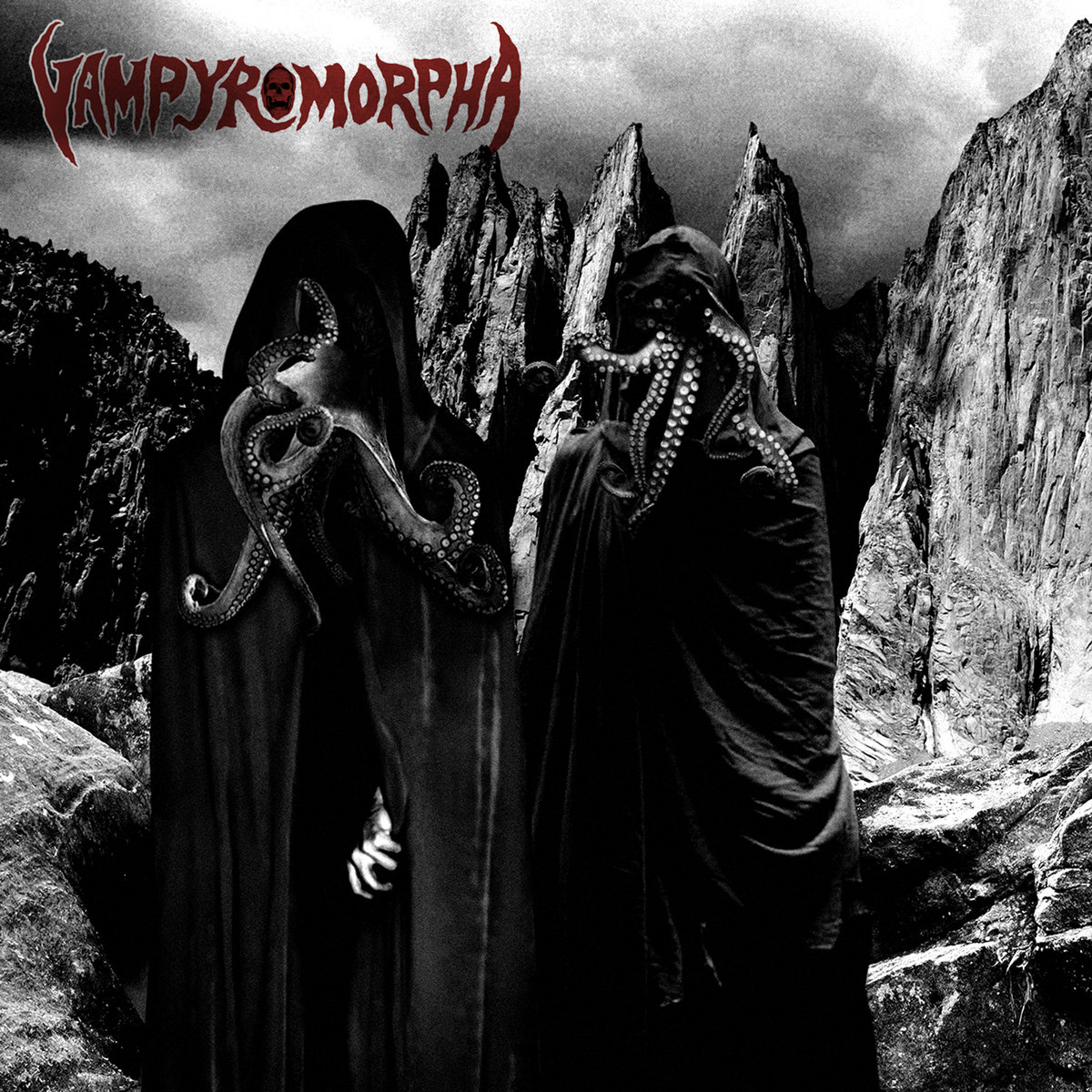 Okay… okay… What’s your criteria of the “adult” element? Because of old school movies references?

That’s how it’s supposed to be, and of course an homage to AOR = Adult Oriented Rock and bands like JOURNEY, BOSTON, KANSAS, FLEETWOOD MAC (listen to our Fleetwood cover on our debut album and listen carefully to our harmonies in our songs) ha ha ha!

We did speak with you about four years ago, and since then I’ve found a few proper horror movies, mostly new ones like VVitch, Void or Possum for example. Well, Bone Tomahawk probably too. What about you?

The VVitch is a classic atmospheric horror movie and Bone Tomahawk is a typical example for mixing Westerns and Cannibalism movies into a new genre. Also, great new horror movies are The Wailing, Babadook, I Saw The Devil, The Lighthouse, and Hereditary

Agreed! At least Babadook and The Lighthouse are killer movies, but we’ve skipped Midsommar. What about this one? Is there too much of Wicker Man?

No, I think so. Ari Aster is a young regisseur and I believe that he will create more great movies. I’m very excited and I also love Midsommar. It is very difficult to rule a good horror story these days, but Ari can do it.

By the way, do you like the aesthetic of horror movies from the ’80s? Didn’t you watch Mandy?

Oh yes, I grew up with the ’80s horror movies. These movies have shaped me and Vampyromorpha. If you like Nicolas Cage, King Crimson, the Charles Manson cult, and motorcycles…then you have to watch MANDY!

Do you remember when you became involved in the world of horror movies? What attracted you to this cinematography genre?

Yes i remember very well when i was a little boy and was allowed to watch horror films with my brothers. I watched POLSTERGEIST, GREMLINS, THE THING, ALIEN, THE FOG. My brothers always warned me of the creepy scenes and I put a pillow in front of my head. At night in bed I almost shit in my pajamas ha ha ha! But since then the horror genre has fascinated me.

Hah, I understand you. I’ve watched the Society (1989) movie in the early ’90s, and I was going to wet my underpants! I found it again a year ago or so and watched it once more, and this time my underneath stayed dry… And the movie’s plot is… well, an actual thing! So I don’t know… Do some sentimental feelings for your childhood actually drive you to watch all these films? You know – most of the old movies are really awkward and direct (with a good bunch of exceptions of course).

Yes, the fascinations of your childhood never let you go. It’s the same with music and model trains. Despite everyday life, we can always escape to our own worlds. Isn’t that wonderful?

Sorry, it already sounds like we’re only working on texts for Rotten Tomatoes, so let’s turn to music. How much time did it take to compose the Herzog material? From where did you start?

Oh, no problem. The music and movies belong together in the world of Vampyromorpha. I sent the first lyrics to Nemes Black (Fabian) in 2017 and he started then to compose the first songs like “Deadlier Than Dracula” and “Waiting And Die”. All in all, the raw songs were finished in 4 weeks and due to the lyrical themes, some songs were still up-tempo! But we didn’t care if this might confuse a Doom listener now. It just went together. The complete album was finished in summer 2019 and was released under the title Herzog on November 29th, 2019. 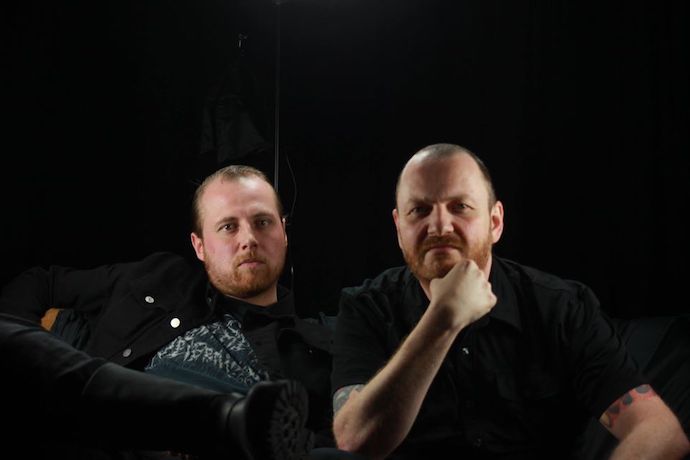 It is an homage to Werner Herzog, a great regisseur with visions. Despite all the circumstances, he got Klaus Kinski out of his pocket.

Did you have a certain plan for the album? A number of features you wanted to imprint in these songs?

Yes, there was a master plan for the album. Herzog should be very dark and danceable. That certainly sounds strange to the reader, but the lyrics required this music to convey the right mood. Anything else would not go together. This time guest singers were also important to me. “Waiting And Die”, a song about the young girls in the cellar of Marc Dutroux, required the voice of the Goth model Mallory Mardock, and the vampire hunter song “Vampyromadness” needed the growls of Felix Stass of Crematory.

Shit… Marc Dutroux’s story ain’t fun. Why not choose a story of some priest in a similar situation? There is a lot of that stuff in Germany as well.

Yes, but Marc Dutroux is a very special case. The fact that the two girls were not found in the cellar and died in agony touched me deeply. I had to write a song so that the fate of these girls would not be forgotten

Vampyromorpha – Deliver Us From The Good

How did you lure Felix into Vampyromorpha? Does he still stay in your cellar?

He was with us on the way to Dresden for a Vampyromorpha gig as a guest singer for the Fall Out (Pete Steele, R.I.P.) cover version “Rock Hard”. After the third Jack Cola I asked him if he would like to sing a new song with me.

Six Fiendish Tales of Doom and Horror… was a pretty modern sounding mix of doom and heavy metal. Did you try to save as much of that as possible for new songs?

We have exactly the same sound as on the debut album. The sound and also the Hammond are our trademarks. The mixture of a modern hardness and old school sound is very appealing. But this will surely also disturb metal music lovers. Cannot do anything else.

Yes, that’s what I was going to ask – were you that satisfied with that formula? You repeat it very closely with Herzog.

Yes, we are very satisfied with that and we love that. It is our trademark, the mark of the DEVIL. 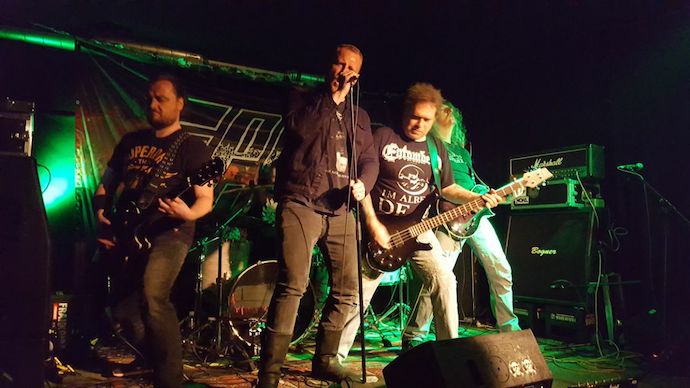 You searched for session musicians back then in 2016. Did you succeed? How often have you played live since then?

Yes, we have live musicians and we have played three shows so far. It is getting harder and harder to get live shows. Or rather, nobody wants to hear our crap on the stage.

Why not? Didn’t you try to switch on goth-stuff fans? That may work for Vampyromorpha.

We are open to everything: Goth, Death, Black, Punk. We love everything. We are our personal music scene!

Vampyromorpha took part in a Death SS tribute released by Black Widow earlier this year. It’s something natural, as both bands have certain common elements. What are your feelings towards the album? Are you satisfied? Did it help with promotion?

Death SS is a big influence for Vampyromorpha and we had the opportunity to pay homage to Steve Sylvester. The tribute album is a great performance of great Death SS songs. The sampler helped us to get more popularity in Italy. We love Italy, and the people understand what Vampyromorpha is doing.

Jim, what about Naked Star? Do you have some new songs, or is this project on hold?

Naked Star is on hold at the moment. Time does not allow it at the moment. I will now sing on the new album for Lex Rhino next. Please check: lexrhino.bandcamp.com.

Both Vampyromorpha and Naked Star deal with grim topics, but what about yourself? Do you believe in paranormal phenomena, possession, or evil spirits? By the way, Evil Spirit is an interesting band, I guess they’re from your region.

I live according to the seven cosmic laws. I recommend reading The Kybalion and you will understand. Yes, the two Evil Spirit guys are great, but “Evil Woman“, the Crow/Black Sabbath song, is also great ha ha ha!

Jim, there’s Principle of Cause and Effect in The Kybalion, and it explains that there is a cause for every effect, and an effect for every cause. What’s your cause and effect in a case of Vampyromorpha?

The hermetic circle determines my whole life and also my musical expressiveness. In relation to Vampyromorpha, it is a special energy that unites with Nemes Black and me. It is the analogy and vibration between us. That is the cause. You will also feel the effect in the form of our noises!