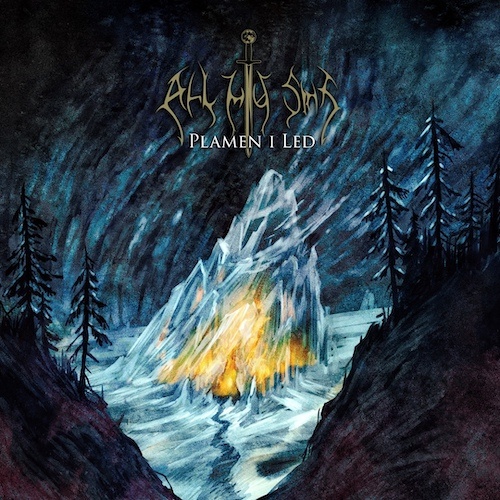 The Serbian duo All My Sins devote themselves to the creation of atmospheric black metal as a journey on the path of southern Slavic mysticism. Following their 2018 debut album Pra sila – Vukov totem and a 2017 EP (Zov iz Magle) that we premiered and reviewed here  — both of which are well worth your time if you haven’t yet discovered them — the band will soon be releasing a new EP named Plamen i Led (Flame and Ice) through the partnership of Casus Belli Musica and Beverina.

The EP consists of three songs, two of which are the band’s interpretation of songs originally released by Luna (Yugoslavia) and Old Wainds (Russia), while the third is a re-shaped version of a song from All My Sins‘ second demo in 2004. Along with some further details about the EP, what we’re presenting today is the premiere stream of the Old Wainds cover, and an accompanying video. 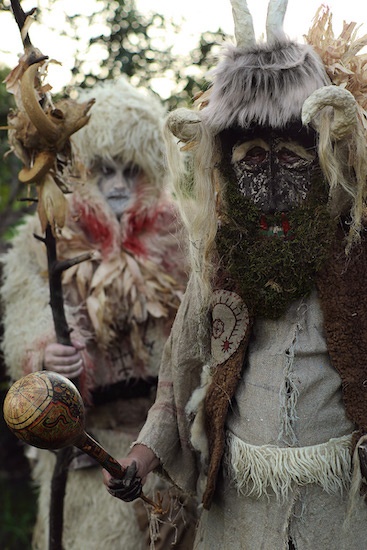 When you listen to all three tracks together, the meaning of the EP’s title becomes clear, because it captures the duality in the music. And that duality is also reflected in the band’s interpretation of the Old Wainds track they chose. All My Sins have named their version “Daleko od Juga”, and it is based on a song released as “На Север от Юга” on Old Wainds‘ 2005 album Oбжигающий холодный (released by by Miriquidi Productions).

The song is introduced by a gripping drum rhythm, the pall of magical gloom created by guitars that groan and gleam, and vocals that move from deep croaking recitations to heroic song. The effect is cold yet mystical, but as the song proceeds, and the vocals soar into impassioned shrieks, the drums begin to hurtle and the riffing becomes a blaze of rippling and soaring sound. The singing soars as well, enhancing the music’s expanding aura of majesty.

Suddenly, the rampant drumming pauses, and the music transforms into an ethereal reverie — but it soon surges and soars again, with vicious harsh vocals and those choral voices combining to further elevate the music’s ravaging yet reverent intensity.

The music channels dramatic power and raises spectacular visions, but so does the spectacle of the northern lights in the video. It’s a great combination.

In addition to the song we’re presenting toiday, the EP also includes “Ogledalo Lune“, an interpretation of a song released by Luna on their Nestvarne Stvari album back in 1984 (and we’re including a stream of that track below, along with our premiere). The original track is a revised version of “Where The Wild Winds Blow” taken from the second demo of All My Sins in 2004, included as a special bonus for this new EP.

With a total running time of 21:16, Plamen i Led will be released by Casus Belli Musica and Beverina on February 20 in a 6-panel digipak CD with pit-art, limited to 150 copies, as well as digitally. The cover art is by Vladimir Prokofyev.

One Response to “AN NCS VIDEO PREMIERE: ALL MY SINS — “DALEKO AD JUGA””