We seem to have fallen off the radar screen of Century Media, because we haven’t received a single press release about the new album by Heaven Shall Burn, whose many previous releases we’ve covered with religious fervor. Even worse, none of my NCS compatriots breathed a word to me about the fact that three songs from the new album have debuted for public consumption. I had to find out about them yesterday via a YouTube side-bar. What is the world coming to? Well, I know it’s going to shit, I just didn’t know it was this shitty. 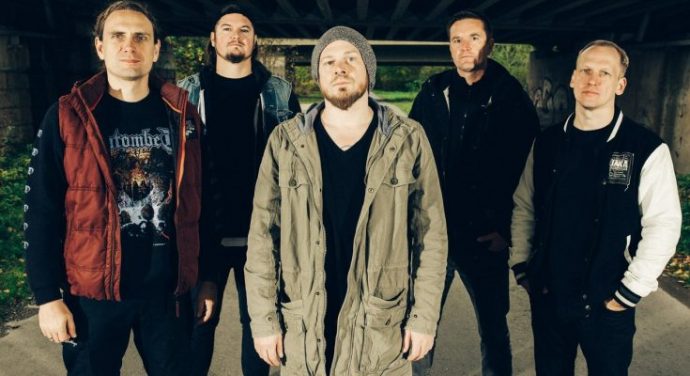 No thanks to the usual channels, I now know that the new HSB album is Of Truth and Sacrifice, that CM will release it on March 20th, and that it’s a double-album of 100 minutes in length, with cover art by Eliran Kantor.

The latest song from that album, “My Heart and the Ocean“, premiered through an official video on February 7th, and two others, “Protector” and “Weakness Leaving My Heart“, debuted  on January 10th through another video, which combined the two songs.

“Anger, Pride, Grief and Determination – we will always carry these feelings within us, hope you feel the same while watching this one. For the Oceans!” That’s how HSB introduced the first of the videos below, whose heroes are Sea Shepherd and whose message is unmistakable. The full-throttle song gets the blood pumping too, and seems to channel all the emotions HSB called out in those words I quoted.

The electrifying “Protector”(which comes from the Of Truth part of the double-album) is full of fire and fury, and the part of the two-part video accompanying that song is almost as spectacular as the one for “My Heart and the Ocean”, but in a very different way. And then there’s a very cool transition as the video becomes much more dreamlike and surrealistic, and as the music becomes very different as well (“Weakness Leaving My Heart” is drawn from the Sacrifice part of the album, and of course it carries a message too).

I’m sure we (most likely Mr. Synn) will eventually have a review of this ambitious album whenever we get access to it.

I have very fond memories of the 2018 album Lightbringer by the Finnish group Black Royal, and in particular of a song called “The Chosen” that I put on our list of Most Infectious Extreme Metal Songs for that year. Last November I learned that Black Royal would be releasing a new album named Firebride on February 14 of this year via Suicide Records. On November 1st the band premiered an occult-themed pagan video (here) for an advance track (which was also released as a true single) called “Pagan Saviour“, and just yesterday I discovered that they also released a lyric video (on January 17th) for the album’s title track.

Not only did I overlook that video, I also should be flagellated for not yet listening to the whole album, especially because the title track is such a titanic neck-bender and bone-breaker (with typically terrific vocals of course). Don’t be surprised if you see this one on the 2020 Most Infectious list.

Regarde Les Hommes Tomber have received as much previous acclaim around these parts as the first two bands in today’s collection, and they too have a new album on the way. The new one, their third, is entitled Ascension and it will be released on February 28 by Season of Mist. I did pay attention to the first advance track (“A New Order“), revealed on December 4th, in another one of these round-ups., and on February 10th they released another one named “The Renegade Son“.

The newer song is a gripping one, often bleak and anguished in the resonance of its melodic currents (the harsh vocals are shattering), but galvanizing in the intensity of its surges, and with an ample share of head-hooking riffs. It’s a long song, and so it undergoes change, becoming even more beleaguered and broken, and also more desperate and frenzied, but doesn’t release the strength of its grip at any point. 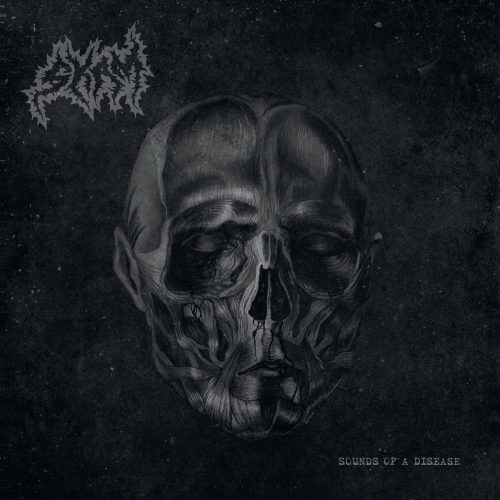 Now we come to one of those new discoveries I mentioned at the outset. The band here is named Skam, a Swedish word that apparently means “Great dishonor, shame, or humiliation”. The band explain:

“SKAM is an act of catharsis through music. It’s main purpose is the releasing of stress while lamenting the world’s declining mental health and the obscene amount of suicides caused by it. The brutality of grindcore and death metal are mixed with influences and energy of D-Beat Punk to achieve this purging. We hope you enjoy and are able to expel some of your own demons through this listening experience.”

Skam’s debut album The Sound of Disease will be released on April 3rd by Redefining Darkness Records, on CD and digitally. Pre-orders for the digital release are only $1, but the band want the album to be freely available, and so it will become a free download on the release date.

The track that’s up for streaming now, “When Liquid is the New Solid“, is stunningly intense, both in the violence of its hell-for-leather assault and in the emotional power of its searing melodies (which become increasingly delirious as the song rushes ahead) and unchained vocals. I’m kind of left breathless every time I hear it. 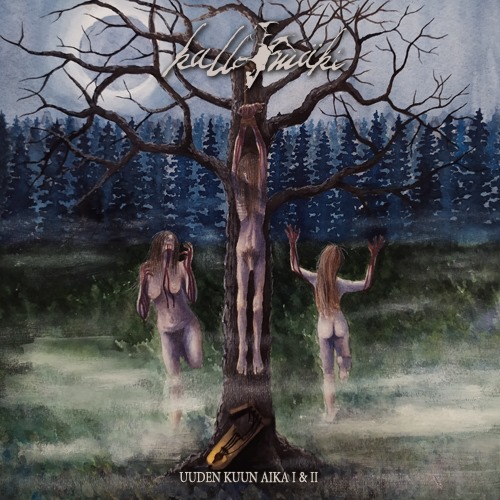 Today’s other new discovery is the Finnish band Kallomäki, whose music could be described as pagan/folk/rock/metal. I think before I go further I’ll list the members, in part so you can see the kind of instrumentation they use:

The band’s new record is named Uuden Kuun Aika I & II, and it will be released on February 28th by Symbolic Records. In looking at the album title and the track list, it seems to be divided into two different collections. The Kallomäki video I discovered yesterday is for a track called “Immensuo“, which the band say is “is taken from the heavier side of the album”.

I got hooked on the song from the very first listen. It’s a multi-faceted track, and one that’s highly addictive, full of body-moving rhythms and lots of wriggling “ear worms”, as they say in the trade. A great mix of growled and clean vocals, too, and the accents of the bowed lyre are delicious. Prepare to pump your fists in the air…. and the video is a kick to watch as well.

There are three other videos for songs from the album, and they are all collected here. (Thanks to Miloš for linking me to “Immensuo”).