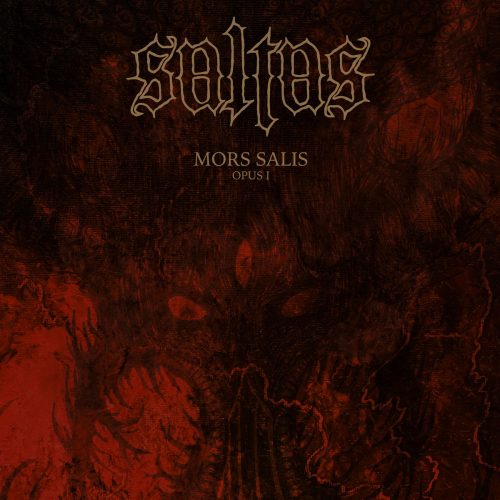 We had some favorable things to say about Death•Spirit•Continuum, the 2019 compilation of demos by Saltas that first brought this formidable Swedish duo to our attention. We also remarked about how powerfully it created a deepening, and almost suffocating, atmosphere of disease, decay, and desolation, while managing to achieve hypnotic effects despite how emotionally unsettling and unnerving the music often was.

We have been eagerly anticipating something further from Saltas, and now we have it — a debut album named Mors Salis – Opus I that will be released on March 15th by Nuclear War Now! Productions. Created by the same two members who first appeared through the pair of demos on that compilation — guitarist N.R. of Runemagick and The Funeral Orchestra, among others, and drummer C.J., known for his work in Irkallian Oracle — the album is an arcane death ritual, immersing the listener in an experience that draws upon death and doom metal but goes far beyond familiar conventions into other-dimensional realms.

The first preview track from the album, “Dimensional Seismic Waves“, was a profoundly eerie and head-spinning piece of bizarre sonic alchemy — intricate in its composition, twisted in its path, and blood-freezing in its effects. And now we have a second track to present: “Astral Funeral March“. 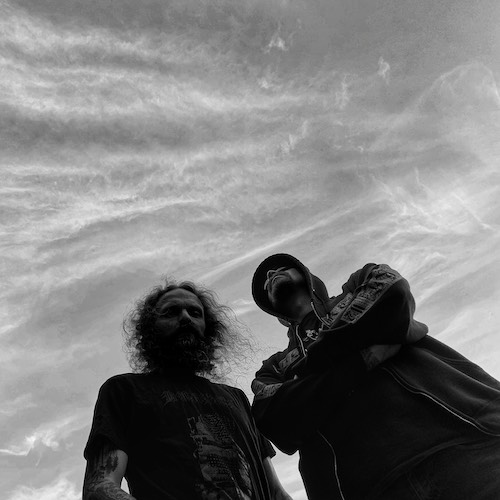 The very name of the song foreshadows the music. It does sound like a militaristic march, thanks to martial snare patterns and the commanding guttural roars that emanate through the corrosive haze of the riffing. And it definitely is funereal in its atmosphere, with dismal chords and death-toll drum-booms creating a horrid spectacle of death toward which the song inexorably marches us forward. But it further seems to be the sound of an experience beyond our world, as ghastly wails and shrieks intertwine with queasy and quaking reverberations to send shivers down the spine.

Just listening to these two tracks, both of which you’ll be able to access through the player below, will give you a vivid sense of how varied the music on Mors Salis – Opus I is, but still doesn’t fully reveal the unsettling forms of experimentation to be found within the album. For that, you’ll need to get the album as a whole — and then steel your nerves as you make your way through an enthralling yet terrifying ceremony.

Nuclear War Now! will release Mors Salis: Opus I in a first pressing of 300 copies, all on black vinyl with 3mm jacket and double-sided 12″ insert. Order now: