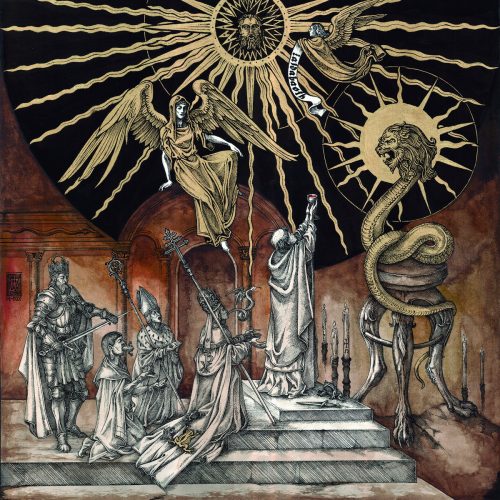 It sometimes happens that we come across an eye-opening advance song from a forthcoming record by a band we aren’t familiar with, and then unexpectedly get the chance to present another song from the album ourselves, and that’s what happened here.

Earlier this month I encountered the tremendous title track from Projections, the first full-length by the Peruvian black metal band Arcada, which adds to a discography that includes three demos and an EP. The song is a multifaceted experience, one that includes elements suggestive of unearthly grandeur and reverence but also channels moods of anguish and hysteria. A wailing and weeping sound emerges in one of the recurring melodic motifs, and there’s a mournful moodiness in the bass tones. The vocals themselves seem wildly distraught (as well as vicious), and they’re wide-ranging in their expressions, though all the expressions are scarily intense.

And now we present further proof of Arcada‘s impressive talents in a song from Projections called “Lunar Possessions“. 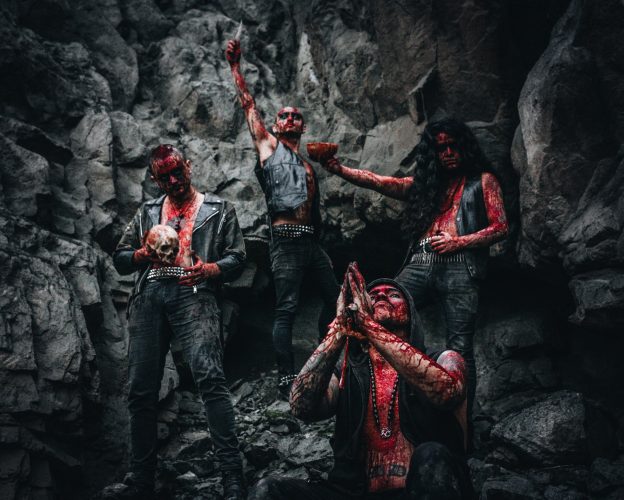 The song is a hurtling surge, thanks to galloping drums and vibrantly throbbing bass, and the feverish riffing and maniacally flickering leads soar and gleam with spectacular fieriness. The sound manifests sensations of wonder and awe, but also an unchained fearsomeness. That mood of exultation crossed with wild ferocity comes through in the vocals as well. It’s an extravagant display of vehement, otherworldly possession, a shifting array of bestial roars, incinerating shrieks, and terrifying wails.

The breathless, hell-for-leather pace and the sheer star-burst ebullience of the riffing never abates, but as the song flies ahead, the melodic quality of the riffing becomes increasingly penetrating and mesmerizing. That combination of spectacular, blood-boiling intensity and emotionally powerful melodic craftsmanship sets the song apart. It’s enough to put your heart in your throat! 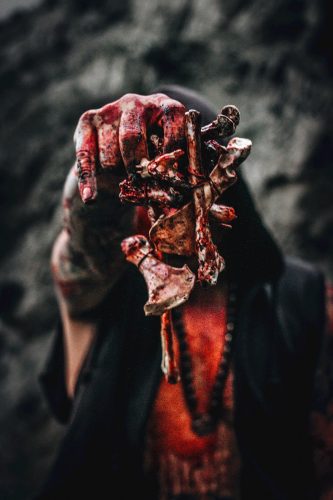 And there’s more stunning music to be found within Projections besides these two tracks that are now out in the world — three more tracks, making for a combined 38 minutes for the record as a whole.

The album will be released by Edged Circle Productions on March 27th. It will be available in variant vinyl editions as well as on CD, and digitally. Check out the options via the link below, and then allow yourselves to be overcome by “Lunar Possession” (and by the title track, a stream of which we’re also including).