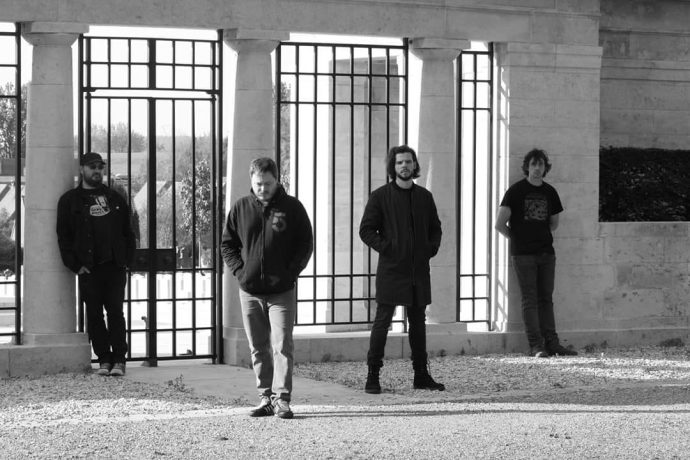 (Comrade Aleks has brought us this interview of the French band Nornes, which focuses on their 2018 debut Vanity and, of course, other things… including the band’s new EP Threads, which will be released on February 28th through Sleeping Church Records.)

I try to avoid interviewing bands with only an EP and demos in their discography, with rare exceptions like it was with Marble Chariot who at least continued their pilgrimage under the Carcolh moniker… But when reverend Rodolphe of the Barabbas band advised me to take a look at Nornes from Valenciennes, I couldn’t refuse.

And indeed they remain a very cool trad-doom band with both clean and harsh vocals, despite the fact what their one and only EP Vanity was released in 2018. Where’s the new stuff. men? Here you’ll find an answer to this question, a few facts about the band, and one French joke. Don’t forget to turn on the play button and listen to their EP (you’ll find it below), I need to return to my beer.

Hi Nornes! So Nornes is a new band, and it’s time to learn more about its origin. How and when did you gather the first time?

This adventure started in May 2017 from the ashes of a death-metal project featuring Ju (bass) and Rom (guitar). Sparkless, the project, was abandoned. Rom and Ju already had the idea to form a Doom-metal band for a while. Stooph (drums) was asked to join them. And soon after Davy came and completed the band as a second guitarist.

What united the four of you under Nornes title? What was your vision of the band from the start?

Fate? Luck? Or simply it was the right time to come back to Doom Metal. But we guess this is a question of luck. For example, Davy didn’t know Rom, Ju, or Stooph. But when the band met and rehearsed for the first time, we knew we all had the same vision of what we wanted to do with Nornes. 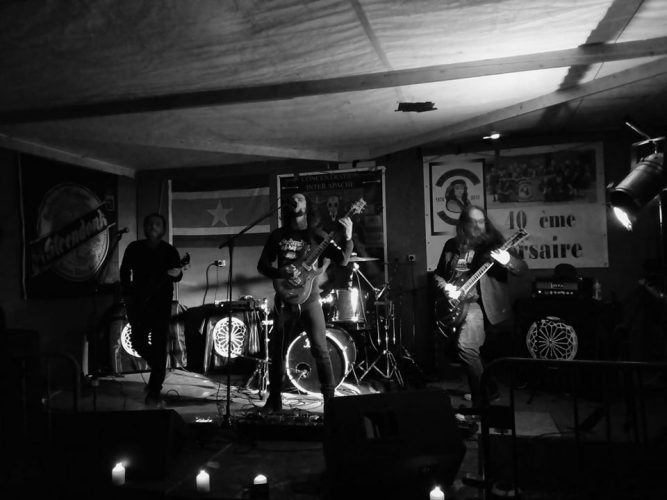 Reverend Rodolphe of Barabbas recommended Nornes to me as “the epitome of French doom”. Is that a correct description from your point of view?

Lol! Epitome? Does it mean when two lines cross? (French joke). We love doom metal from the early pillars of Candlemass, Cathedral, and My Dying Bride to the current scene of Yob, Pallbearer, Bell Witch… So we are trying to weave something that may sound ’90s and present.

Why Nornes? I didn’t find any Nordic allusions in the Vanity EP. Did you use the band’s name only as a title of unavoidable doom without connection to mythology?

For us doom comes together with fate, things that come. So it was obvious to pick the name of those divinities responsible for happy or unhappy destinies.

What are your songs about then? What’s Nornes’ message?

Mostly thoughts about our place in the world, desire, frustration, and also a part of lived experiences. We don’t really share any message like in hardcore or grind.

You started your pilgrimage of doom with the Vanity EP released DIY almost two years ago. What kind of sound did you aim to get at in the studio? Did you have bands on your mind which guided you on your way to Vanity?

When we worked on Vanity, we already had in mind to propose something that reminds of the sound of early doom death metal as well of the current doom sound. As described in the previous answers.

Do I get it right that the album was released only digitally?

Not quite right, but at first it was, yes. Then we quickly realized that the audience still want to get something physical. More than a code to download some “flac”. Vanity is now available in a nice digisleve. So will be the next one.

Did you play live in that early period? I guess it’s hard to build a set list with only three songs in your store. Though I believe Marble Chariot did it in their time.

We started to play live at the same time the EP came out. Davy rehearsed only twice before our first show. And yes we started with only 3 or 4 songs. But we have quite long songs (7 or 8 min). So even now, it’s rare that we have time to play more than 4, adding intro and outro for the ambience.

Now you almost have new EP Threads on your hands. How long did you work on this material?

One of the songs was already written when Vanity came out. Other songs came rather quickly. We wanted to propose new stuff nearly one year later. We didn’t want Nornes to be forgotten as fast as it emerged.

How do you see your progress in new songs?

More melodies. We’re trying to work more with the two guitars. Add melodic layers. It applies to the voices too. Still create great atmospheres without being too monotonous. 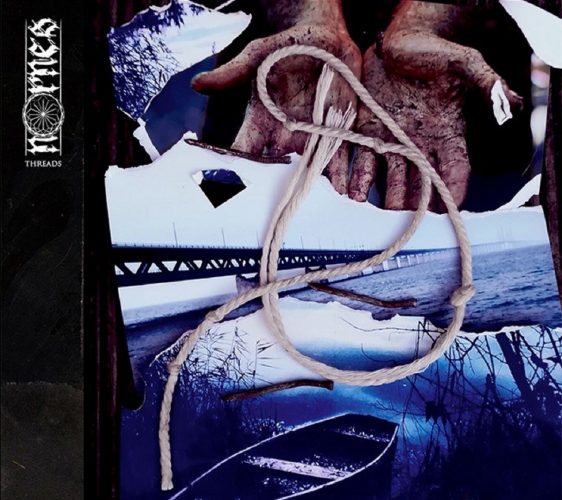 What’s your further plan? The EP is good thing, but it’s always better to have more songs. What about a full-length album?

Everyone asks for a full length. We would nearly have to add only one more song. (laugh). We are already thinking about it. We’ll take time to make it. Going forward.