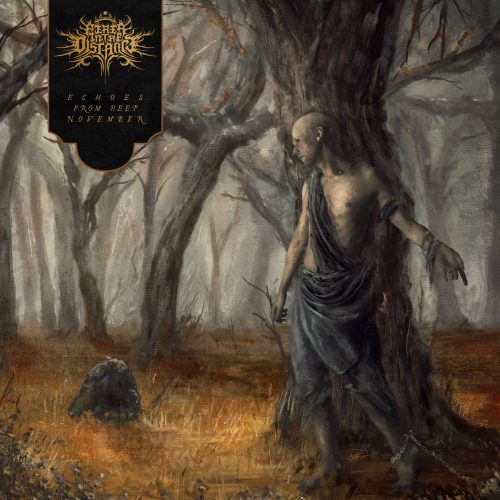 Fires in the Distance is a Connecticut-based band that includes three members of the long-running melodic death metal project Archaic Decapitator. Their friendship and existing familiarity with each other’s talents created a smooth path into this new project, but the musical conception of Fires in the Distance gave it a distinct identity, one that draws upon death/doom influences as well as inclinations toward atmospheric and progressive metal. Among their inspirations, the band cite such groups as Man-Eating Tree, Type O, Enshine, Swallow The Sun, Amorphis, and Dark Tranquillity.

The band’s debut album, Echoes From Deep November, is now set for release on May 22nd. Conceptually, as the band have told us, “The record primarily encompasses a perpetual struggle with mental health, primarily living with major depression. The songs generally reflect the progression of going through the peaks and valleys of torment and internal rationalization of existing with chronic mental illness.”

Serious and decidedly melancholy subjects, to be sure, and the music does indeed have strong emotional resonance. But listening to it is far from a depressive experience, as you’ll discover through our premiere of the album’s opening track, “The Climb“. 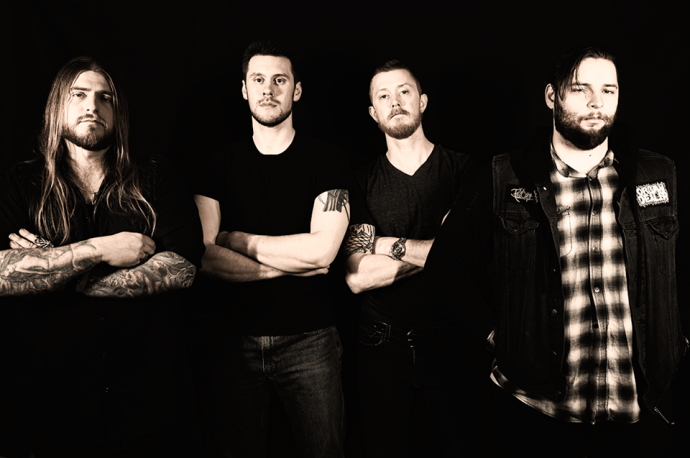 “The Climb” is quite a compelling and beautifully layered musical tapestry, one that combines the heft of craggy, jolting chugs and the darting lightness of piano keys and pinging electronics; savage, gritty growls and wailing guitar leads; neck-cracking drumwork and gravel-chewing bass, and also beautifully fluid and incandescent soloing.

There is a sense of tension and turmoil in the music, but also a pulsing, irrepressible vitality in the melodies. The rhythmic drive of the music is heavy and physical enough to give your neck a good workout, but the song also has powerfully mystical and mesmerizing qualities. Those contrasting yet complementary features are persistent, including in a great instrumental segment near the end when the band pair an earth-quaking bass riff with sparkling, sprite-like keyboard tones.

It also proves to be an immersive and addictive track capable of pulling you back to it, without losing its welcome.

Echoes From Deep November is graced by fantastic cover art by Caelan Stokkermans, known for his work with Soreption, Cattle Decapitation, Misery Index, Lorna Shore, and many more. The album was recorded and mixed by Dave Kaminsky at Studio Wormwood and was mastered at Fragmented Audio. It’s available for pre-order now.

FIRES IN THE DISTANCE:
https://www.facebook.com/firesinthedistance/

2 Responses to “AN NCS PREMIERE: FIRES IN THE DISTANCE — “THE CLIMB””