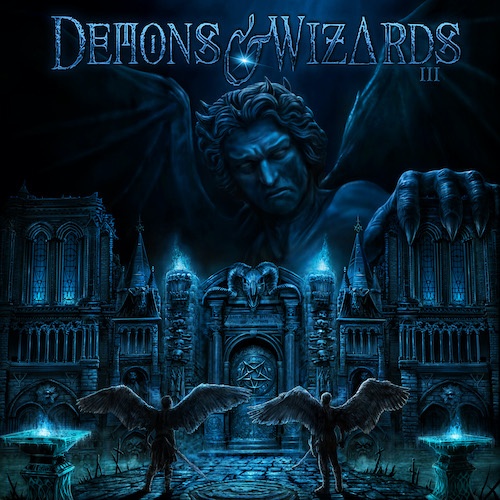 (This is Wil Cifer‘s review of the new album by Demons & Wizards, which unites the talents of Jon Schaffer (Iced Earth) and Hansi Kürsch (Blind Guardian) and was released by Century Media on February 21st.)

Fifteen years later and this project has returned.

Before we get into the meat of the metal here it should be said that I am pretty picky when it comes to power metal. This might surprise some since I grew up listening to the bands that influenced power metal. Even when Helloween came out with Keeper of the Seven Keys pt 2, I was still on board. The only problem was the bands who took inspiration from that album were too happy for me. 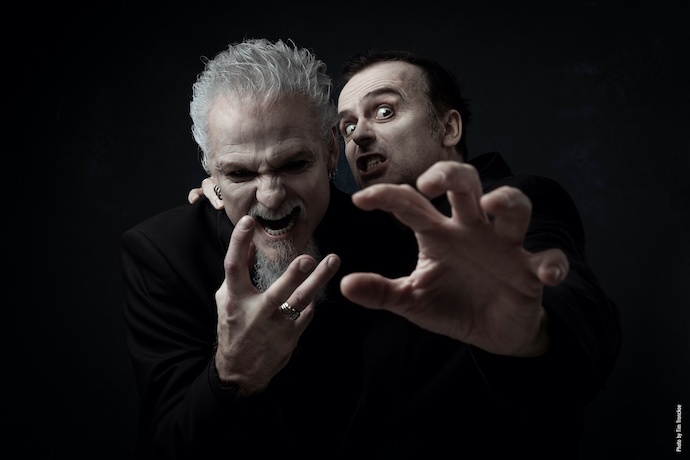 I have the album cover to Number of the Beast tattooed on my left arm so I am obviously fine with metal yodelling. As far as the parts of this project go, I loved Iced Earth with Matt Barlow and liked the Ripper Owens stuff. After that we parted ways.

I never gave Blind Guardian much of a chance after an old roommate played me something from their 1995 album Imaginations From the Otherside. It felt like joyous dwarves drinking to victory. Might seem like my wheelhouse since I am a Dungeons & Dragons lifer, but in ’95 my tastes leaned more toward death metal.

Now to the present day (or closer to it), the last thing I heard from either band was Blind Guardian‘s cover of “Victim of Changes”, which was darker than what I remembered from the band, thus peaking my interest when this rolled into my in-box.

The first thing that hits me when I click play is the way the singer’s voice carries a natural tremble of vibrato that strikes me as more emotive than operatic. It is not until “Wolves of Winter” that the more belted upper register associated with power metal comes in. Musically, however, they keep the 20-sided dice packed away in favor of more emotive weight.

If you have a problem with power metal then I am not sure why you are reading this in the first place, but if you are like me and find yourself more on the fence with it, then this album might win you over. Things like how the subdued melodic tension of “Final Warning” builds into a more thrash-minded affair are worthwhile for the average headbanger. 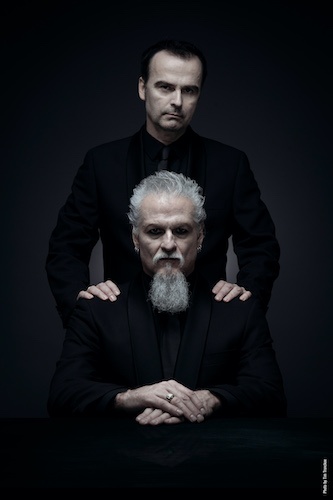 Granted, even someone who enjoys melodic singing like I do might find all of the multi-tracked vocals something to warm up to. From a songwriting perspective you can hear the Iced Earth influence all over the place, especially how the choruses bust out with the heavier vibe. Hansi is more aggressive in places, somewhere between Chuck Billy and Blackie Lawless at his meanest. His falsetto wails are impressive, considering this guy is 53. But given my history of growing up a poor goth child, it’s his croon that reminds me of Jack Skellington that brings my favorite moments.

“Darkside of Her Majesty” is driven by the more traditional metal gallop. All of the big arena-rock power chords are pretty fun. As most bands in this genre of metal, they still owe a great debt to the ’80s. Fist-pumping proto-thrash abounds.

Sure, there are moments that might feel somewhat like a power ballad, but where they continue to part ways with your average Queensrÿche clone is how they can dig in and get heavy, thanks to the Iced Earth side of the equation.

If you live off a steady diet of blast-beats then I am not going to try to spin this as in any way being the album for you. However, if you like metal of many flavors and appreciate good songwriting built of riffs meant to hook you, and not pummel your eardrums into submission, then this album is worth a listen.

Fans of this band should do backflips as these guys prove that not only do they still have it, but they have also sharpened their songwriting, and even as veterans their age, are still willing to grow. If you were waiting on this one it should not disappoint.