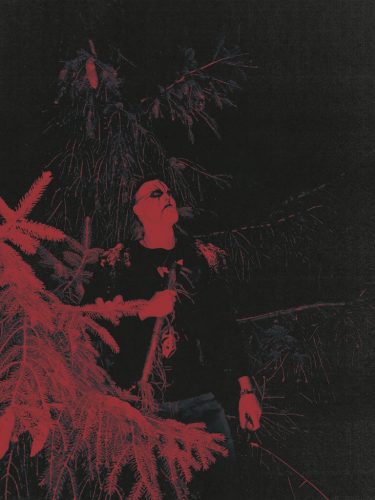 Both of these sources recount that they saw the other as including dangerous and powerful sorcerers in their ranks. Quebec also faced devastating raids by the Iroquois and invasions by the British. 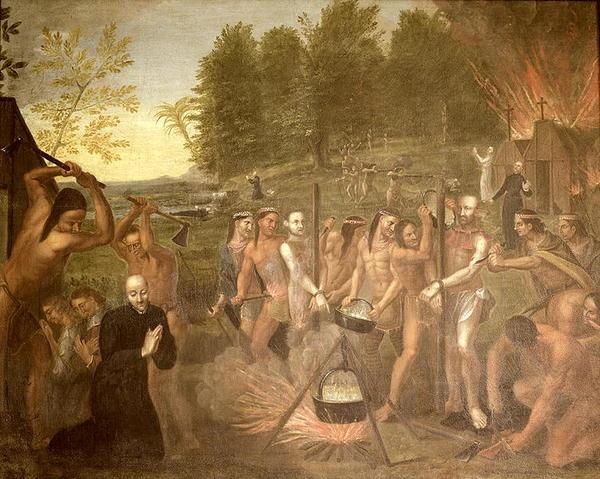 All this makes that era a good topic for fiction, where the authors can describe magical duels between sorcerers in a way no history book would include. Good books include Kathleen O’Neil’s This Widowed Land, William Vollman’s surreal Fathers and Crows, and Brian Moore‘s realistic Black Robe. Moore converted his novel into the screenplay for a beautifully-shot movie of the same name, filmed on location in northern Quebec and featuring scenes of the horrors of that age.

Of course, all this also makes colonial Quebec a good topic for Black Metal.

Have you heard of the project Ifernach? I checked NCS, and as far as I can tell, it has been mentioned in passing by others, but never featured. Ifernach is the project of a guy from the Gaspe, who is of Irish and MicMac descent. He makes raw, lo-fi BM that really captures the feel of Quebec’s history. While he is an Anglophone, he’s sympathetic to the ideals of the Metal Noir Quebecois guys, and so many of his songs are in French, while others have MicMac titles. If you are unfamiliar with him, check this link: https://ifernach.bandcamp.com/

As I checked the www for more information about Ifernach, I found the following stream. It’s a preview song (“War Belts of Death to the Garrisons”) for an upcoming split between Ifernach and Pan-Amerikan Native Front.

That guy is apparently a Mexican national who lives in Chicago. A few years ago, he put out a similarly raw album titled Tecumseh’s War, about the life of the great Shawnee leader (another topic which has provided fodder for great fiction and non-fiction). You can listen to Tecumseh’s War here:

Besides this split, which so far has no title or release date, it seems Ifernach released a new EP named Waqan in the past few weeks, but I can’t find any samples on YouTube or Bandcamp. I only know about this through an enigmatic weblink from Les Productions Heretiques, the same company that released Drave‘s 2019 EP Terroir.

Apparently, Drave is only on Bandcamp (here) because Monarque put it there himself. But the link above shows some interesting releases such as Anges de la Mort and Kenaz, which have gotten basically no attention. At least these are on YouTube. The first stream below is for Anges, which came out in December and is no longer a new release:

But the new Kenaz came out two weeks ago, and songs are found in these two streams:

Before ending this, here’s a couple of unrelated new releases that might interest you. One is a split by Warmoon Lord, and the previously unknown band Vultyrium. The latter are apparently also Finns, and don’t really sound all that different from Warmoon Lord, just a bit faster.

The other is a Danish project (with an American singer), Í Myrkry, which is traditional second-wave BM, but well-executed:

Hopefully in all this you have found something to enjoy. Cheers!