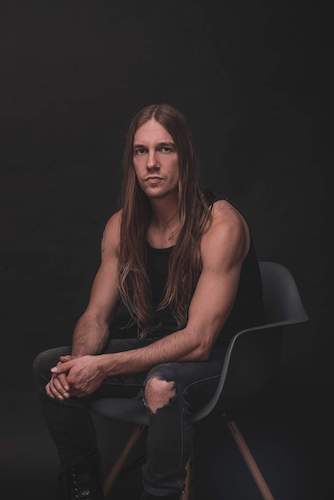 Carach Angren had a pretty well-conceived and interesting concept, both musically and image-wise, that will continue for sure, but no two drummers are the same. So it remains to see who is going to take his place and how it will turn out. A new album called Franckensteina Strataemontanus to be released on May 29 has been announced, but the news is taken with mixed feelings of course.

Why did you become a drummer? When did this happen?

When I was about 13, having basic music classes at my school, a drummer was invited to explain some things about drums. From that point on I was immediately sold to the drum kit. But I only started drums at the age of 16 as I wasn’t allowed before.

Where do you draw your influences from when you compose your drumming parts?

Very different corners. I like Nick Barker‘s drums a lot. But I like the simplicity from Hatebreed as well.

How much do you practice?

Also very different. Sometimes I don’t do much, and at other times I can go on for hours. Depends on the mood I guess. I don’t have a strict schedule.

Now that you will not be playing live, will you still practice as much?

This will remain the same, yes.

When it comes to drumming are you all self-taught or have you had lessons at one point?

I’m self-taught. The only time I went for lessons was when I got interested in double strokes with the sticks (basic drumming actually). And I noticed I couldn’t figure out how to do it properly. 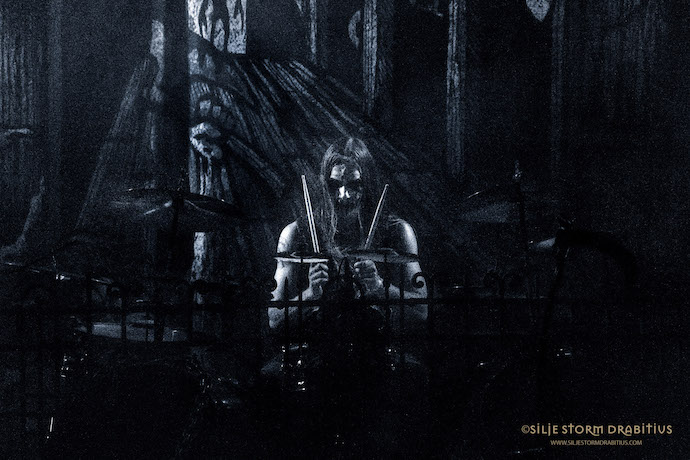 I love fast and precise drumming like yours, but I also like a groovy feeling infused in drumming as well. What are your thoughts about feeling and experimentation in metal drumming?

It is fun to do sometimes, although I usually to stick to things I would actually use for live shows.

So you left Carach Angren. Do you feel the ambitions you had have been fulfilled throughout the years with CA? Is there something that hasn’t been fulfilled yet?

It has been a great time. Most of them yes, so that’s good. But as I mentioned in my statement, I think I’m also maxed-out now.

Since CA continues without you, will you still want to be involved in picking your successor and composing? Or do you want to step completely aside?

That’s not up to me, I can’t make choices for others.

The industry has bad and good sides, but I see many respected musicians are going independent with their bands nowadays, tired of the whole thing. In which ways do the external factors became so negative that they seemed to outweigh the joy of playing live?  What is it that you lost control over?

I lost control about how to fill in the show. It’s indirectly influencing and that’s not good in my opinion. You’re basically being asked, be less ambitious, small steps each time. How it goes for other bands, I have no idea. They can figure out things for themselves, I can’t judge that. 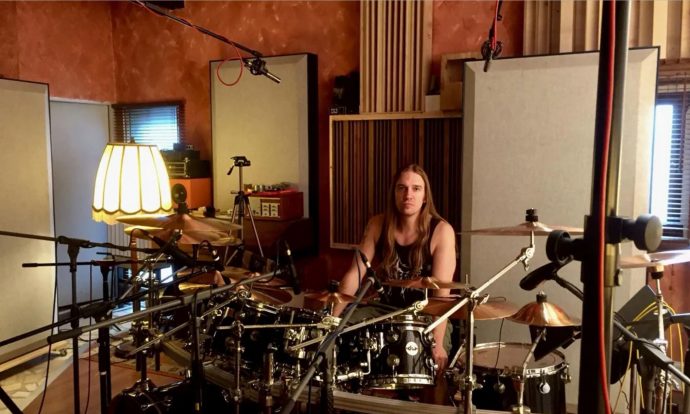 I believe that the less a band cares for image or for elaborating a stage presence, the more the industry can shape them. I have seen bands losing control over things like videos for example. It seems that you guys in Carach Angren did so many things on your own that there was no room for others to interfere with the aesthetics. So I wonder if you ever felt like you could have had more support from people who profited from the whole show anyway… if that was the problem, rather than their interference.

We’ve been always free in that, to make videos how we want, etc. It’s normal. And when talking about videos, I would say a lot of bands are okay with setting up in an old factory, or whatever, and make some cool-looking shots. The industry can shape them, but my opinion then is that you let yourself be shaped. A lot of bands don’t say no.

I like all the stage props. I like the theatrical nature of Carach Angren (except for the throat slithering act), and I mean I can see how the band was a good candidate to become a commercial band at one point. Did someone at any point try to change you into altering the sound in ways that could turn out to be more commercially successful? What’s your opinion about bands that suddenly turn a bit more core for example, just to appeal to bigger and younger audiences, because I’ve seen that happen in Black Metal.

No, we were always free in this. You can take some advice if you like, but Carach Angren is always creating their own path. I don’t really have an opinion on what other bands do, they should do what they like as well. I wouldn’t change my music or way of making music to appeal to a bigger crowd. I think I would get bored.

Did your involvement in the making of the new album include something else beyond the drum parts?

No, I stick with drums. But I can change songs to let them flow better or even give a totally different vibe. Of course this is all done when we all approve.

Did you record everything before you announced you were leaving, or are you going to be working a bit more with the album even though you have left officially?

I finished this album, and did some other things that were necessary. But it’s completely over for me indeed. 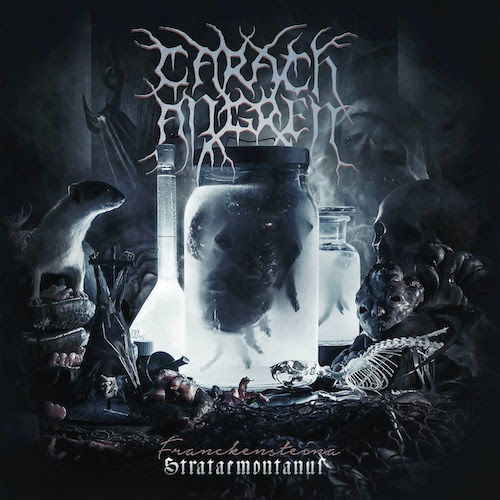 What can we expect from the new album soundwise?

You could still create many projects without having to play live necessarily. If that were the case, would these be Black Metal or are there any other genres that you prefer?

I wouldn’t care so much about the genre, I would care more if I actually would like to play the songs. I can enjoy listening to a certain genre, but perhaps I would dislike to play the music.

If you venture into creating a new band, which mistakes wouldn’t you do all over again?

Good question, as I wouldn’t call them mistakes, but routes. I for example would go back into doing much more yourself regarding arranging shows, etc. Keep control over it.

I read that you don’t know what your future plans will be, but what do you wish to do?