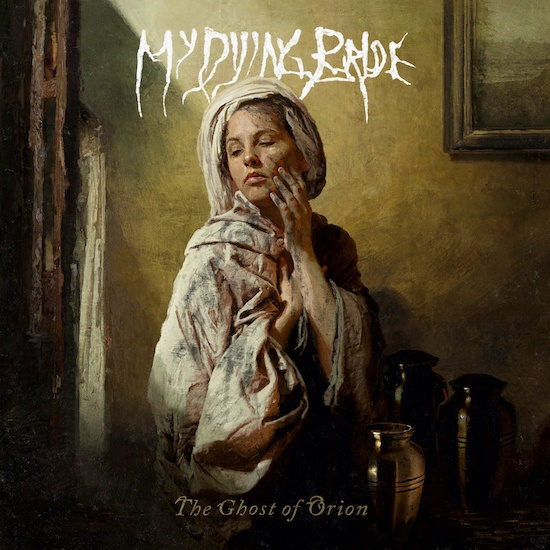 (DGR prepared this review of the new 13th album by My Dying Bride, which will be released on March 6th by Nuclear Blast.)

Releasing “Your Broken Shore” in advance of My Dying Bride‘s newest album The Ghost Of Orion may be one of the shrewdest moves in music history. The “holy shit, they’re onto something with this release” comes early on during The Ghost Of Orion — during the first growled chorus of “Your Broken Shore”. While the shifting dynamic from gothic melodrama to the oppressive heaviness that My Dying Bride conjure during that section of the song may be an easy thing to sketch out musically, denying just how hard that section hits is an exercise in futility.

It’s indisputable just how heavy that moment is, and it grabs you as a listener and basically holds you in place for the rest of the song — making a near-eight-minute journey fly by as the My Dying Bride crew really hammer home why they’ve had a career as long as they’ve had and how they’ve maintained the miserable engine that has kept them going.

It’s also something of a revelation, in that “Your Broken Shore” is so strong a song that you almost wouldn’t believe you’ve got another fifty-or-so minutes of music to dive into after it. You could even say that My Dying Bride started The Ghost Of Orion with a show-stopper — if the band hadn’t left other weapons laying around in The Ghost Of Orion‘s track list. 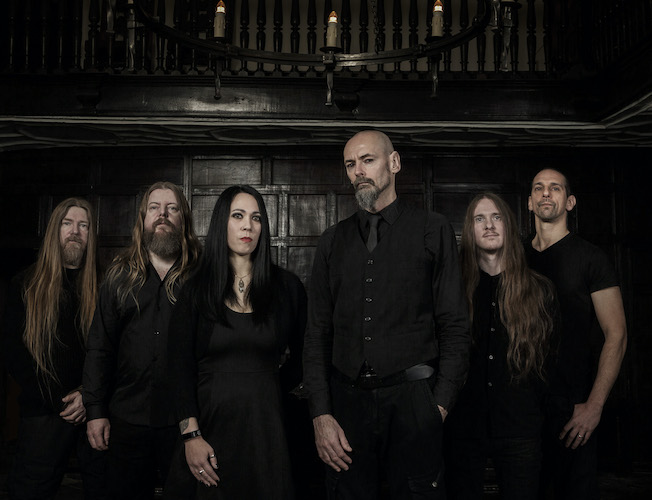 The Ghost Of Orion arrives after private medical emergencies had pulled the band out of tour dates and justifiably made them go radio-silent. While it’s unclear just how much of that colored the writing sessions for the album, what can be said is that the material present here is some of the band’s strongest in some time, and will help further cement their place in the dramatic realms of death and doom that the band have carved out for themselves. The ever-present layer of slow-moving misery colors just about every aspect of The Ghost Of Orion, and My Dying Bride play that element up to the fullest — though they don’t fully drop into some of the more funereal dirges that they’ve written before,  like the slow journeys of For Lies I Sire or the more condensed block of A Map Of All Our Failures.

Instead, The Ghost Of Orion slowly drags listeners down to its level, like attempting to walk through quicksand and refusing to acknowledge how each belabored step is just bringing you closer and closer to sinking beneath its surface. The band make a lot of usage of classical stringed sections in this regard, getting a lot of mileage out of the violin — and cello at times — in nearly every song and having it become one of the more prevalent instruments this time around.

Once you get past the initial volley of songs, every track becomes its own separate adventure. “Your Broken Shore”, “To Outlive The Gods”, and another early-album highlight, “Tired Of Tears”, all flow into one another, though the latter two never get quite as bluntly heavy as “Your Broken Shore” does. “To Outlive The Gods” maintains its predecessor’s pacing — so much so that its opening feels like bleed-through of the song before it — but it’s a more classically clean-sung affair, while “Tired Of Tears” ratchets the songwriting drama up tenfold, so that hitting a song called “The Solace” feels almost too-on-the-nose within The Ghost Of Orion‘s track listing.

You can’t help but notice just how personal of a song “Tired Of Tears” is, even on an album in which sadness is the normal affair. To have a song in which its protagonist is as frail as the one during “Tired Of Tears” feels like an early bomb-drop to help devastate what was already flattened by “Your Broken Shore” and its howls beforehand. 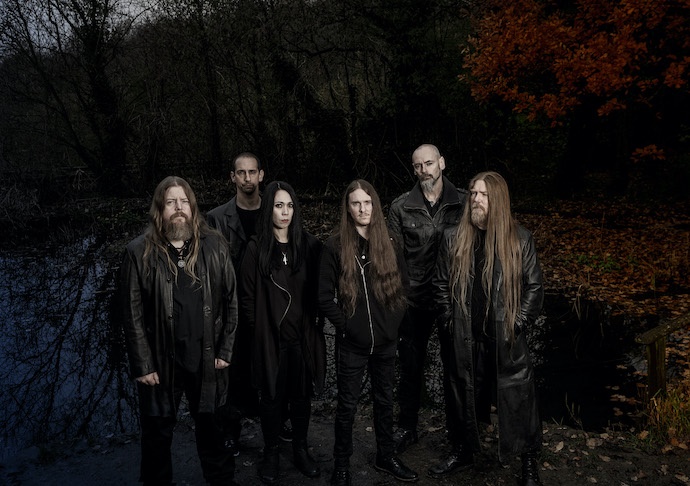 “The Solace” becomes a moment of peace and respite by comparison, a five-minute interlude before things get oppressively heavy again during the “The Long Black Land”. That is one of the two lengthier songs that The Ghost Of Orion has kept hidden in its back half. In actuality, the pacing of The Ghost Of Orion‘s back half plays out so that the last two full band songs on the disc are broken up by some slower-moving instrumental or interlude bits.

Wardruna’s Lindy Fay Hella makes an appearance during “The Solace”, providing some meditative vocal work before “The Long Black Land”. “The Ghost Of Orion” is another brief and quieter affair, haunting in its atmosphere but serving as an excellent lead-in to the slower crawl of “The Old Earth” — a song whose glacial movement is one of the few times where My Dying Bride get close to the funeral-dirge songwriting of past releases previously mentioned in this review. Like “The Long Black Land”, it also features some heftier grunts during its ten minutes and nearly weaponizes its oppressive atmosphere until it suddenly surprises you with a change of pace in its second half.

It will be interesting to see how people take to “The Old Earth” and its sudden shift from glacially slow crawl to almost imperially heavy death-metal riffing to close out. It is certainly one hell of a way to close out the latter part of The Ghost Of Orion, as the song gives way to the choral segment and orchestral strings of “Your Woven Shore”, making every song from “The Solace” on seem like it was paced like a stage-drama.

Though The Ghost Of Orion might feel weirdly stitched together at times given how it goes from “moment of peace” to “moment of misery” after its first three songs, it’s hard not to remain entranced with it for the entirety of its run time. My Dying Bride somehow manage to drag you into their world for fifty-plus minutes, and even this deep in their career still deliver some of the most emotionally heavy songs they’ve written so far. There are multiple moments throughout The Ghost Of Orion that are like musical gut-punches, yet you’ll still find yourself humming along to them just the same.

With its early goings colored by the oppressive heaviness of “Your Broken Shore” and a back half that feels like a slow descent into one trudgingly slow funeral-dirge, The Ghost Of Orion injects some new life into My Dying Bride‘s brand of gothic-drama, leaving you with an album purposefully designed to take an emotional toll on you if you’re not prepared for it, and one that will likely become an easy early-in-the-year recommended listening experience. 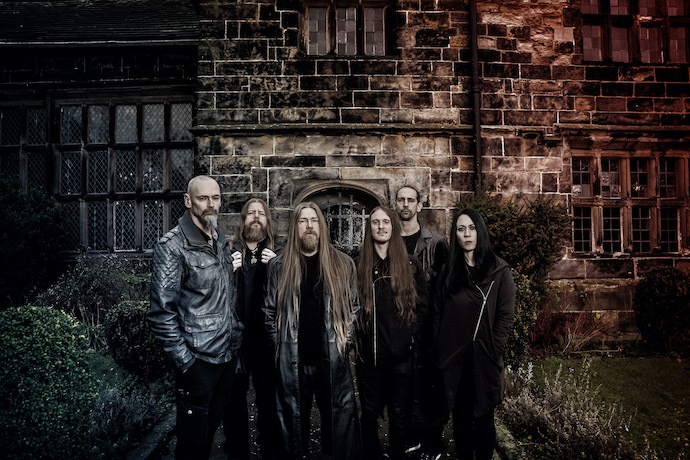 One Response to “MY DYING BRIDE: “THE GHOST OF ORION””