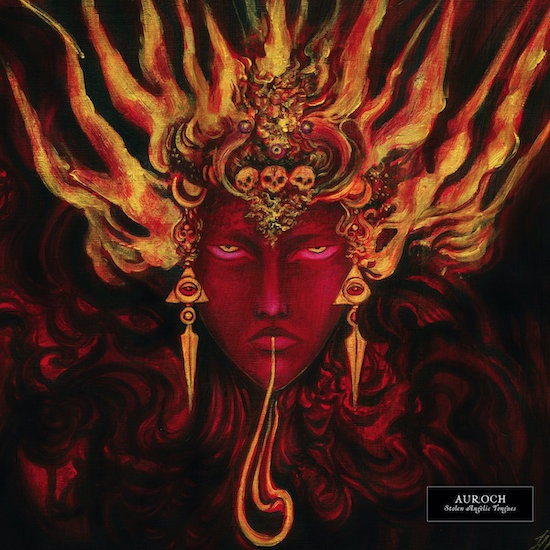 Welcome to NCS. Watch your spacing — maintain at least 6 feet between you and the cellar-dwellers next to you. If you feel like sneezing, please run for the nearest exit. Sub-vocalize “FUCK! THIS RIPS!” rather than eject spittle into the air at full volume. And as always, pee on your hands as a reminder not to touch your damned face all the time.

I had planned to pack a lot more new music into this feature but my spouse discovered a local pharmacy that’s still selling hand sanitizer, limit two per customer, and insists that I get my ass over there and pick up two more. She wasn’t impressed when I told her to put on a clown nose and dark glasses and go back herself. So, since I have to hurry off, my plan is to prepare another one of these posts tomorrow (by which time I’m expecting to have new tracks by Panzerfaust, Secrets of the Moon, and Black Crown Initiate to consider as add-on’s to what I’ve already got in hand).

On April 24th, 20 Buck Spin will release Stolen Angelic Tongues, a new EP by Vancouver’s Auroch, a band I’ve been devoted to for a very long time. It consists of five tracks that the advance press describes as “drawing upon the magical and spiritual traditions of South America and the Caribbean as their histories, past and present”. As you can see, it also includes tremendous cover art by Lupe Vasconcelos, and it further includes the return of original Auroch vocalist Culain and eerie ambient recordings by Night Profound and Aos Si to bookend the recording. 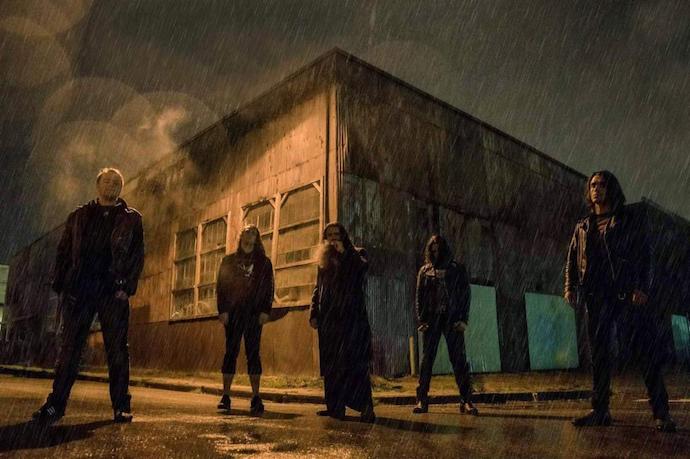 The first song recently revealed from the EP, “Coffin Nails“, is pure black/death chaos and insanity. With the sound of a rumbling, superheated pyroclastic flow in the low end, the song discharges a torrent of freakishly swirling and swarming guitars coupled with a cornucopia of screaming leads and gruesome roars. The drums provide a rhythm, but constantly shift from bullet-spitting fusillades to wild acrobatics to off-kilter neck-snappers. The whole song is wild — wildly insane — but also generates a chilling preternatural aura.

On top of this new EP, which will be released on CD, LP, and digitally, 20 Buck Spin will also release on April 24th an Auroch CD entitled All The Names Of The Night, which will include not only the five tracks from Stolen Angelic Tongues but also the band’s Seven Veils EP, Auroch’s half of the In Cronian Hour split with Mitochondrion, and new cover art by Arturo Albarrán. 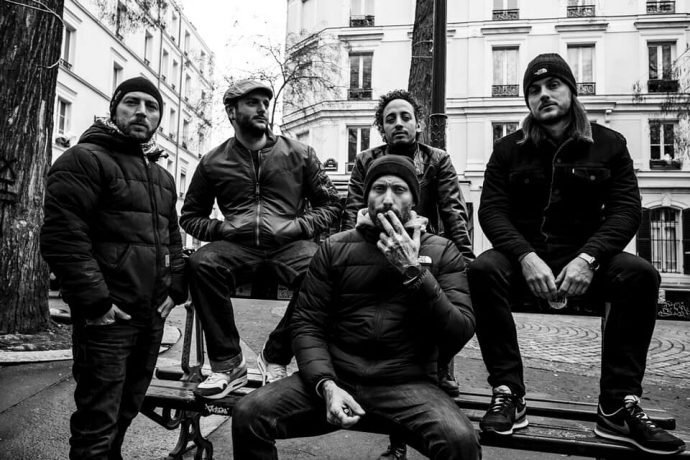 Jim Vielle, a director from France, made us aware of a music video he created for the band L’Esprit Du Clan, which became public on March 5th. He described it as unlike typical metal videos. In addition to being constructed like a film and shot in rural France, he told us: “The main character is a woman and the video portrays, in a fireworks display, her personal emancipation”.

That was enticing enough that I made sure to watch the video, which also introduced me for the first time to the music of L’Esprit Du Clan (a new introduction, despite the fact that the band seems to have been existence since 1999). The song in the video is “Atlas“. I confess that I haven’t figured out whether this is a new single or something from a forthcoming record (the band’s last album, Chapitre VI, was released in 2016), but I do like it. And the video is not only very well-made, it’s also transfixing to watch.

The interrogation at the beginning of the film is both depressing and outrageous, and there’s a rocketing fireball of outrage in the song as well. Through an amalgam of hardcore and metal, it delivers heavyweight bludgeoning and battering, scalding vocal extremity, and a bleak and bruising atmosphere. The thunderous grooves are hard enough to crack bone, the pulsating riffs create a feeling of feverish desperation, and the melodic leads wail in bewitching fashion, though the mood is one of grief and hopelessness, especially when the music turns softer and more introspective before the closing segment, which brings all the ingredients of the song into play. Intense music that turns out to be as transfixing as the film. 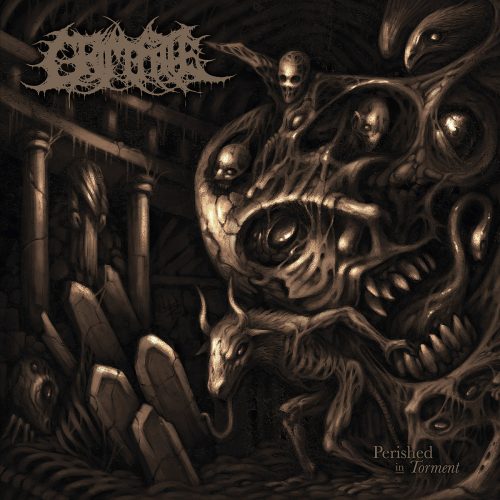 This final item seemed completely fitting for our current circumstance. As you’ll see through the following lyric video, Grim Fate‘s vocalist gurgles in disgust, “This world is sick… mankind makes me vomit….”

As for the other ingredients, the song is a lumbering, lurching spine-crusher, absolutely dismal, desolate, and diseased in its moods. The degree of distortion in the filthy riffs is extreme enough to cause glass to craze, those deep, abysmal vocals are grotesque, and the flickering leads create a feeling of feverish misery. When the song accelerates, it sounds like a tank-sized juggernaut moving into action across a landscape paved with skulls. When the pacing reduces to a crawl, it’s like we’re inhaling tar with each choking breath. Absolutely monstrous music, and hard to forget.

The song, “Abominations“, comes from this Dutch death/doom band’s debut album Perished in Torment, which is scheduled for an April 7 release by Xtreem Music on CD & 12″LP formats. The cover art is by Roberto Toderico.

The label recommends it as “6 songs of pure darkness for any lover of good old finnish Death Metal in the vein of KRYPTS, PURTENANCE, RIPPIKOULU, with a good dose of BOLT THROWER, early ASPHYX, DISMA and INCANTATION” — which sounds very tasty indeed.