I usually don’t read extended comment threads on the internet, unless they appear on this site, because it’s like walking at night through a park littered with dog turds where the owners didn’t have the common courtesy to put them in flaming bags. But I read a few yesterday on Morbid Angel’s announcement. END_OF_DOCUMENT_TOKEN_TO_BE_REPLACED

In January 2012, God Dethroned played a farewell performance at the 70000 Tons of Metal cruise. That farewell was a sad development for me and many others. But then, in July 2014 frontman Henri Sattler announced that the band would be returning to the stage. At that time only Sattler and drummer Michiel van der Plicht remained from the band’s last line-up, to be joined by guest musicians whose identities weren’t then revealed. In writing about that news almost three years ago I noted that although Sattler’s statement hadn’t explicitly addressed whether the reunion would consist of more than new live shows, “we can only hope that a new album will be coming, too.” That wish has been granted. END_OF_DOCUMENT_TOKEN_TO_BE_REPLACED 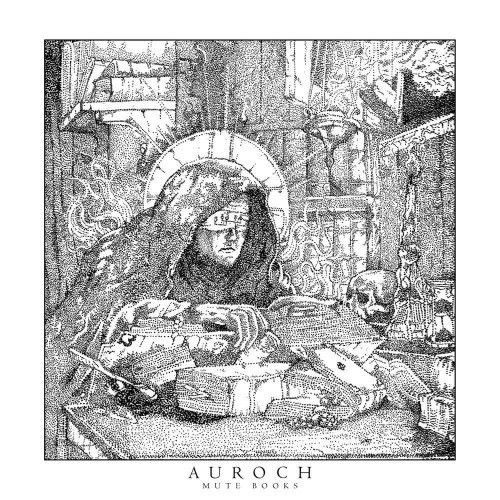 On October 21, Profound Lore will release the third album by Vancouver’s Auroch, which is named Mute Books. The album will be released in different formats, with each of them featuring differing artwork by Cold Poison connected to the different aspects of the album. On one of them, these words are visible: “Silentium est aureum” — the Latin source of the phrase “silence is golden”. And if there is a “title track” to the album, it is probably the one you are about to hear:”Say Nothing“.

These related phrases have meaning yet to be revealed, but the music itself is anything but quiet.

As the album’s title may correctly suggest to you, however, the songs are organized into “chapters”. Because this is music, you could also think of them as movements in an interconnected compositional narrative. The title of the first chapter is “Trefoil Is the Grail of Perdition“. It consists of three songs, all of which are connected to each other thematically and musically. Last month, DECIBEL premiered the second song in this first movement of the album, a track named “He Wreathes the Cross“, and “Say Nothing” is the third of those. END_OF_DOCUMENT_TOKEN_TO_BE_REPLACED

I’m not as prompt in concluding this review of the festival as I was with the first two parts, but other commitments to our putrid site plus inconsiderate intrusions by the routine of daily life have screwed with my time since I got back to Seattle on Monday. On the other hand, the delay enabled me to upload videos of Day Three performances to YouTube, and I’ve collected those at the end of this post. I still intend to add more videos to the other write-ups as well. END_OF_DOCUMENT_TOKEN_TO_BE_REPLACED

As we previously reported within an hour of the announcement, Norway’s Darkthrone will be releasing a new album entitled Arctic Thunder (named for an old Norwegian band of the same name). Based on comments by Fenriz about the album, as well as its cover art, I speculated that we might be on the verge of an enticing return to the sound of the band’s earlier days. Well, now we have more than speculation to go on, because at 11:00 Eastern time here in the U.S., Darkthrone debuted a song from the album — the name of which is “Tundra Leech“. END_OF_DOCUMENT_TOKEN_TO_BE_REPLACED

I no longer subscribe to Revolver magazine. If I still had the subscription, I might have seen the full-page ad at the top of this post, which so far seems to be the only disclosure that Meshuggah’s new album The Violent Sleep of Reason will be released by Nuclear Blast on October 7. Here’s another fan pic of the ad: END_OF_DOCUMENT_TOKEN_TO_BE_REPLACED 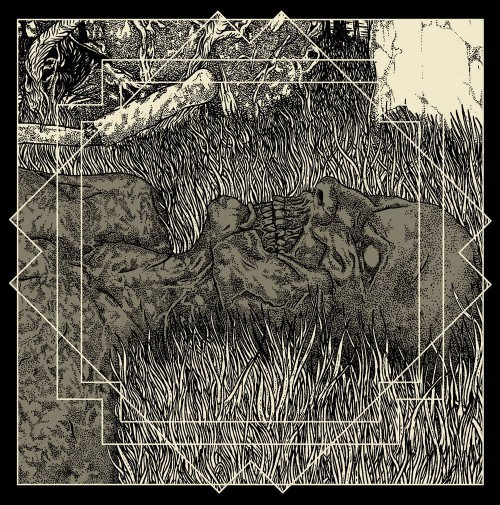 People who have seen the bands perform within the last six months have probably heard both of the songs on this split. They’re striking songs, even heard individually and separated in time, but they’re connected. END_OF_DOCUMENT_TOKEN_TO_BE_REPLACED

Presented in the order in which I witnessed the performances over 5 nights and 4 days, and I’ve again included my photos of each band (most of which are gathered at the end of this post). END_OF_DOCUMENT_TOKEN_TO_BE_REPLACED

When KevinP linked me to this next video, he described the song as “Spacey prog Rock/metal from the bassist/vocalist of Sear Bliss“. The mention of Hungary’s Sear Bliss was more than enough inducement, and now that I’ve heard the song I’d probably add “goth”, “doom”, and “electronica” to Kevin‘s string of adjectives. And lest some of you think the song is too close to pop at the beginning, András Nagy does break out the growls and snarls before the song ends, in addition to his vaulting clean vocal melodies. END_OF_DOCUMENT_TOKEN_TO_BE_REPLACED

As previously reported, Vancouver’s Auroch have a new album named Taman Shud that will be released on June 24 by Profound Lore, with vinyl coming via Dark Descent. I’ve been very high on this band based on their past efforts, and the new song that debuted yesterday is a strong sign that Taman Shud will be a worthy successor. “Noxious Plume” is the name of this ode to all things poisonous and wantonly destructive. END_OF_DOCUMENT_TOKEN_TO_BE_REPLACED