Not in the philosophical or religious sense though, more the very concrete, very real question of why are WE, the people who make up NoCleanSinging, actually here? What is our purpose? What are we trying to achieve? END_OF_DOCUMENT_TOKEN_TO_BE_REPLACED 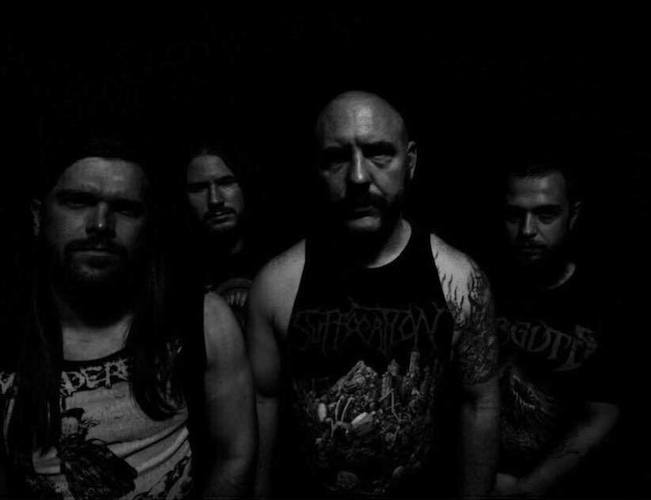 Since then Lago have completed work on a new album named Sea of Duress and signed with Unique Leader Records for its release, which will happen on June 8. And yesterday Metal Sucks premiered a video for one of the new album tracks, “Soiled Is the Crown“, which was directed by Matti Way (From the North Films). END_OF_DOCUMENT_TOKEN_TO_BE_REPLACED

I no longer subscribe to Revolver magazine. If I still had the subscription, I might have seen the full-page ad at the top of this post, which so far seems to be the only disclosure that Meshuggah’s new album The Violent Sleep of Reason will be released by Nuclear Blast on October 7. Here’s another fan pic of the ad: END_OF_DOCUMENT_TOKEN_TO_BE_REPLACED

It makes some sense that New York’s Anicon have partnered with Gilead Media for the release of their debut album, Exegeses, which happens this coming Friday. The band includes drummer Lev Weinstein of Krallice (and Geryon, among other groups) as well as bassist Alexander DeMaria, who performs live with Yellow Eyes. Apart from the connections between those bands and Gilead Media, Exegeses displays certain qualities that make it a natural fit for the kind of dark and unusually distinctive music in which Gilead tends to traffic.

In addition to the impressive rhythm section identified above, Anicon includes the group’s founding members Nolan Voss and Owen Rundquist, who share both guitar and vocal roles. The interplay and the harmonizing of their guitar performances on Exegeses is a principal source of the album’s great fascination and power — as you’re about to find out for yourselves through our premiere of a full album stream. END_OF_DOCUMENT_TOKEN_TO_BE_REPLACED

Anicon’s ranks include members of Trenchgrinder (vocalist/guitarist Owen Rundquist) and Krallice (drummer Lev Weinstein), as well as guitarist/vocalist Nolan Voss and bass player Alexander DeMaria (ex-Alrunes). They have two long songs on the vinyl split, “A Crown On Every Head” and “Blood and Stone”, and a third song (“Current of Ash and White”) comes as a bonus on the digital download. END_OF_DOCUMENT_TOKEN_TO_BE_REPLACED