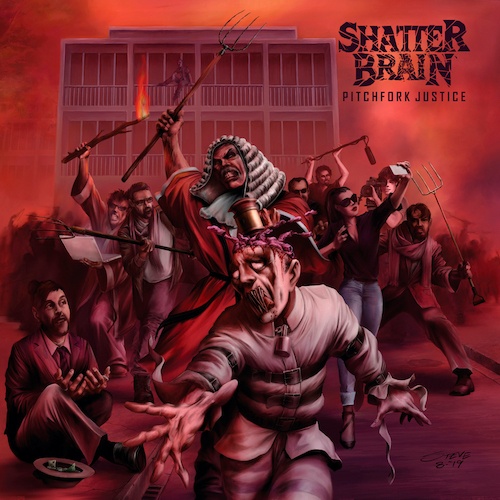 Is it possible on this day after the Ides of March for me to introduce a premiere without mentioning the coronavirus? Theoretically, I suppose so. In practice, no way, especially when the band’s name is Shatter Brain and their song is “Talk In Fear“.

My brain is feeling pretty shattered at the moment, and there sure as hell is a lot of fearful talk going on. Social activity is shutting down at an increasingly accelerating rate, bars and restaurants are being closed down by government order or because the customers have vanished, service employees are being pitched out of work right and left, hoarders are looting market shelves, health care is teetering on the brink… it’s a shitty situation all the way around.

And that’s why this song is such a welcome tonic — virally infectious, head-busting music for viral, brain-shattering times. 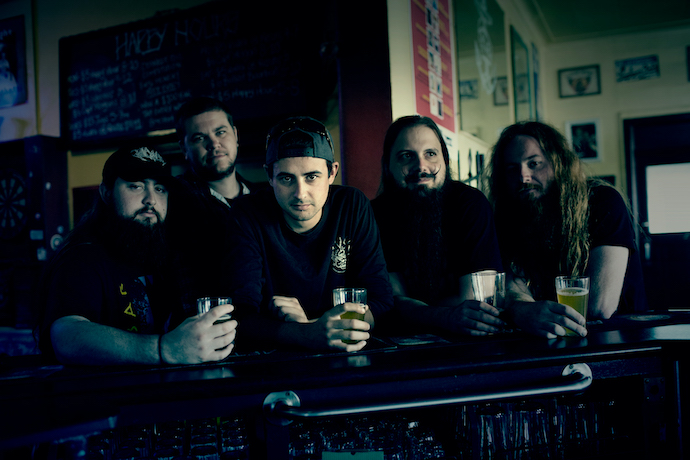 I’ll get to some details about the band and the album where you will find “Talk In Fear“, but want to first convey some reactions to the song and the video that accompanies it.

The video already seems like something from a by-gone day… a day when people could congregate in a bar and cause trouble. Now people have to cause trouble by blabbing on the internet (more than they used to). The video also proves that this band are probably a hell of a lot of fun to watch on stage. And let’s hope the day returns soon when that can happen again.

As for the music, it fuckin’ rocks so hard. The pulsating main riff is 18K gold, and so is the head-jabber they mix in with it. The hard-hitting drummer and gloriously mustachioed bassist are locked in the pocket, adding to the music’s primally reflexive body-moving impact — but they get boisterous too. The vocalist does amazing things with his voice, turning on a dime from screaming to roaring to growling to gagging to yelling and singing. The dual guitarists cook up a pair of screaming and slithering solos.

“Talk In Fear” is a turbocharged, neck-wrecking blast — but then begins to morph. With a tumbling, gut-punching drum progression as the prelude, the band ease up on the throttle and make the song bleaker and more bruising, but simultaneously deliver a chugfest that’s high-grade headbang fuel. And then they slow things down even more, and things get very grim and forlorn indeed, bringing us right into the current day.

Now for the details. Shatter Brain make their home in Adelaide, Australia, and their line-up includes veterans of other bands. Their new album, Pitchfork Justice, stews together ingredients from sludge, thrash, and hardcore (among other things), and it’s recommended for fans of High on Fire, Black Breath, and Power Trip (among other groups). It follows up on a four-song demo and a split EP with Melbourne’s Blunt Shovel.

The album will be released on May 1st by Wormhole Death/Aural Music, and it’s available for pre-order now. And let’s give credit to Brett Hookham, who produced and edited the video.