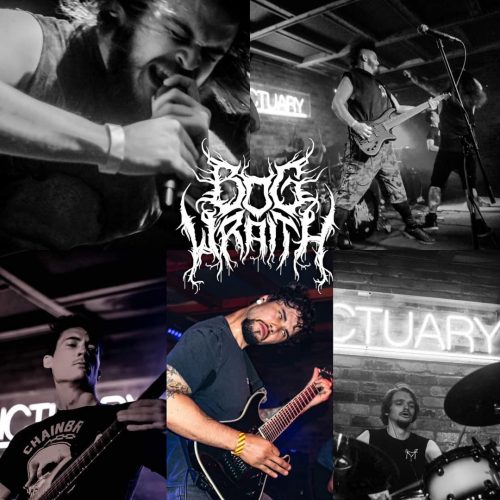 After spending a significant amount of time last week covering some massive (some might say excessive) double-albums, I thought it might be nice to kick things off this week with a bunch of shorter releases, all of which sit somewhere along the ever-widening spectrum of Death Metal.

So whether you’re looking for something brutal and breakdown-heavy, something crusty and crushing, or something teched-out and transcendent, there should be something for everyone here. 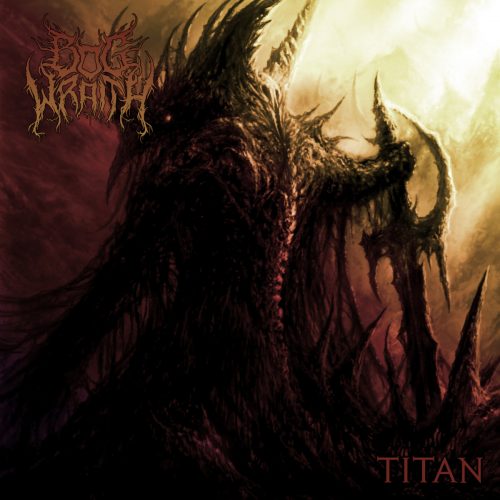 When it comes to Deathcore (or Deathcore-adjacent stuff) I tend to be quite picky. Of course, that’s generally true of everything I listen to, as it’s a universal truth that there’s always a lot of generic, mid-range material in every genre/sub-genre which you’re going to have to sort through before you find that elusive diamond in the rough.

Michigan marauders Bog Wraith have been one of those gems for me for quite some time, so it’s pleasing to be able to report that their latest release, the four-track (plus one intro) EP Titan, doubles down on everything that makes them so punishingly, unpretentiously, enjoyable.

Whether it’s the brutish, blackened riffs, the subtle splashes of symphonic menace, or the utterly, gutturally monstrous vocals (accented here and there with some sadistic, tooth-gnashing shrieks), there’s just something about the band’s sound – Deathcore with a heavy emphasis on the “Death” part of the equation, as well as a significant helping of Slam and Black Metal influences – that hits all the right buttons, and hits them hard.

Anti-Deathcore zealots, of course, will probably still find a way to hate this release, but everyone else will probably find a lot to love in this meaty, malevolent slab of pure, unspoiled brutality. 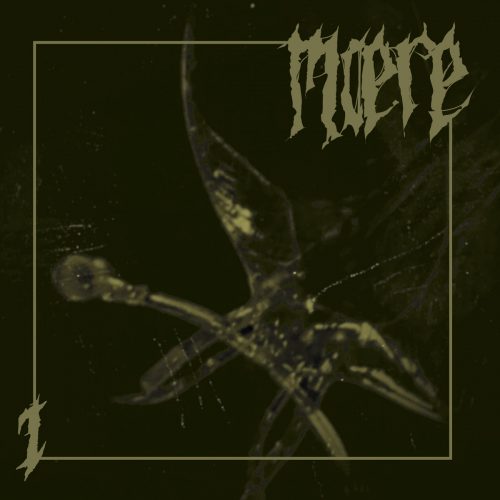 Dark, dissonant Death Metal is the name of the game for these Germans, several of whom have done time as part of Tech-Prog Disso-lords Ingurgitating Oblivion but left in order to pursue their own vision of how this particular sound could/should be realised and remade.

As you might gather then, the discordance and abrasive angularity of the band’s riffs is a major selling point on I, although their song structures tend to be a little more forceful and focussed – more Immolation than Gorguts, you might say – with more grinding groove and forward momentum when compared to the more unorthodox and stream-of-consciousness approach adopted by IO.

That’s not to say that songs like “I Descend” and “I Am” are especially simplistic or unchallenging – their bracing blend of spasming blasts, dense, dirge-like atmosphere, and eerie anti-melody often reminds me of long-time NCS favourite Barús in fact – but rather a way of highlighting just how carefully controlled and tightly constrained all the chaos and calamity involved really is.

I’ll grant you that the band themselves haven’t yet totally broken the mould where this particular style is concerned – Mære themselves fully acknowledge their debt to artists like Ulcerate, Phobocosm, and Neurosis on their bandcamp page – but there’s already a lot to love here, as well as a kernel of something, indistinct but undeniable, that promises big things in the future if only the band can properly harness and capture their full potential. 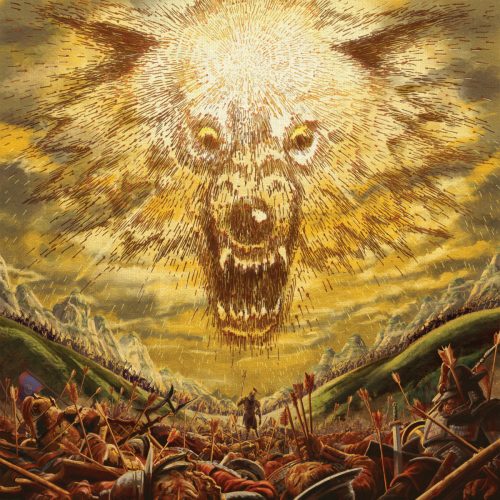 Despite the fact that it was originally released right at the beginning of the year I’ve only recently discovered this EP, however it’s quickly become one of my favourites.

And if caustic, punk-encrusted, blast-heavy and d-beat driven Death Metal sounds like your thing – and why wouldn’t it? – then I can practically guarantee that Golden Horde is quickly going to become one of your favourites too.

With a triple-throated vocal attack, blending banshee shrieks, gargantuan gutturals, and barking belligerence, fused to the sort of chugging, rapid-rife riffage and nasty, neck-snapping percussion you’d normally expect to find in a much older and more experienced band, Phalanx definitely seem like they already have all the necessary tools and talent to give many of Death Metal’s current heavy hitters – looking at you, Creeping Death and Gatecreeper – a real run for their money.

In fact it’s arguable that Phalanx do an even better job at fusing Death Metal and Hardcore in a way that’s neither dated nor derivative, and I’d love to see them picking up some major support and media attention in the future, as I don’t think I’ve had this sort of instant, gut-level reaction to a band since I stumbled across last year’s phenomenal (and phenomenally underrated) debut album by Fuming Mouth.

File this one under “ones to watch very closely”. 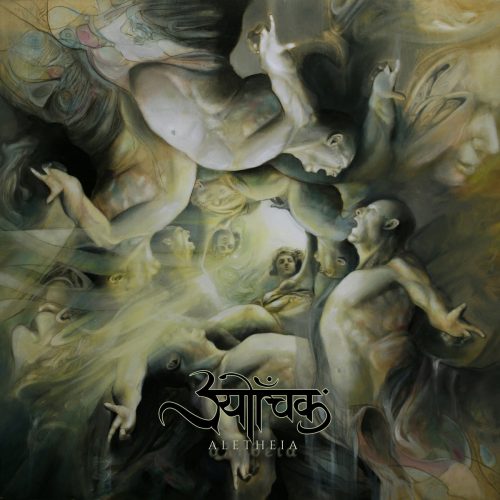 Unlike the entry above this EP is a much more recent release, having only hit the streets at the end of last week.

However, it’s already been making some notable waves – particularly among the more Tech/Prog leaning sections of the Extreme Metal community – and with good reason, as the four tracks which make up this EP really do showcase the band’s striking brand of fluidly structured, artfully atmospheric, and dizzyingly technical Progressive Death Metal at it’s very best,

Whether it’s the moody, melodic instrumentation which dominates opener “Umwelt”, the rapid, relentless riffage and tumultuous technicality of “Lethe”, or the soothing, abstract ambience of “Dwell”, the three-piece (aided and abetted by the ultra-talented Kevin Paradis on drums) have clearly gone to great lengths to push every aspect of their sound to a whole other level – more intense, more immersive, more intricate – resulting in a record which flows smoothly and seamlessly from one moment to the next, covering an impressive amount of ground while still always feeling connected and coherent.

Sutrah save their most impressive effort for last, of course, as closer “Genèse” runs to almost sixteen minutes in length, and uses absolutely every single second of this extended run-time to explore, examine, and enhance every facet of the band’s sound, from the most melodic to the most atmospheric, the most aggressive to the most progressive, the most extreme to the most esoteric, and everything in between.

Mark my words, Aletheia is a stunning piece of work which really raises the bar for Technical/Progressive Death Metal in 2020. 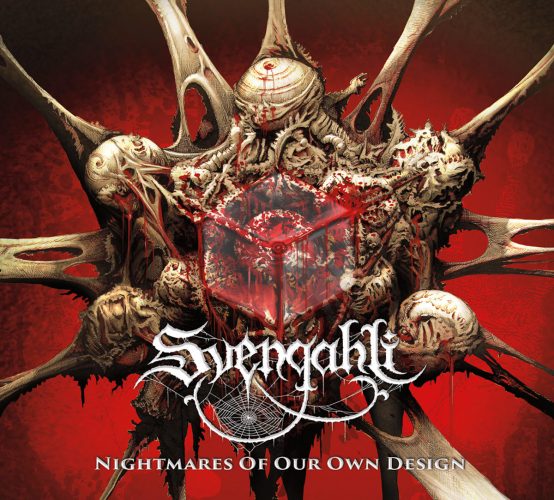 SVENGAHLI – NIGHTMARES OF OUR OWN DESIGN

Svengahli, brain-child of multi-talented multi-instrumentalist Alex Weber, errs even more towards the Progressive (and Avant-Garde) side of Death Metal than the previous band, often displaying some striking sonic similarities to everyone from Extol to Cynic to Devin Townsend (and that’s just in the very first song).

Don’t let these similarities fool you, however. While the band’s influences might be notable (although, I must hasten to add, clearly not limited to just these three bands, as this EP’s sound clearly incorporates a wide range of unusual and unorthodox inspirations), Svengahli is very much its own thing, and Weber is clearly fully intent on forging his own unique path with this project.

Of course this blend of bloody-minded brilliance and off-kilter obliqueness does mean that Nightmares of Our Own Design isn’t the most immediate or easiest record to pick up, and its innate weirdness and willingness to take the path less travelled can therefore be both a blessing and a curse, ensuring that it’s never predictable, but also not always easy to warm to on an intimate level.

Still, while it’s undeniably a very cerebral record, one which will take more than a few listens to fully absorb and appreciate, that doesn’t mean it doesn’t have heart, or balls, when and where it counts, and there are more than enough moments scattered throughout this EP which demonstrate that Weber brings just as much brawn to the table as he does brains.

So, if you’re after something that’s more high-minded than it is heavy, but which still packs a seriously proggy punch, then make sure to put some time aside for this one.