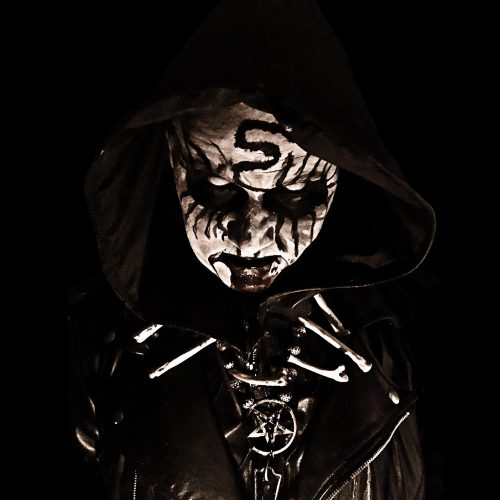 (On March 27th Osmose Productions will release Wrath of Wraths, the new album by the formidable black metal band Enepsigos, and in this new interview our Norway-based contributor Karina Noctum spoke with V.I.T.H.R (aka Doedsadmiral), who created this new album together with drummer Thorns and new guitarist/bassist Rituul.)

Enepsigos has unique qualities and is innovative in the context of the Norwegian scene. This interview was conducted with one of its founders V.I.T.H.R (Doedsvangr, Nordjevel, Svartelder); the band also includes Thorns (Blut Aus Nord, Darvaza, Fides Inversa) and Rituul as well.

Their latest album Wrath of Wraths is excellent and has a fresh approach to song structure. It has a riff-structure oddness that is something you would have come to expect more from bands coming from Australia or the US rather than from Norway.  It is entertaining to the ear and complex. Nevertheless it has a typical Norwegian-ness to it surfacing here and there, something that adds a lot of groove and feeling combined with a French-like darkness and atmosphere. The dark ambience has been enriched by an eerie atmosphere a la Mercyful Fate, which is awesome. It’s a mix of really good qualities that will for sure put this album in the best-of-the-year lists in the Black Metal genre.

How did Enepsigos start as a band?

Enepsigos started in 2016. The band was started by me and Thorns. Purely with the intention to create something raw and blasphemous.

Did you want the band’s sound to be that dark from the very beginning or did it take that shape as you developed the sound?

Yes, it was always meant to be ritualistic, disgusting, raw from the beginning. I think we developed a bit of the Enepsigos sound on Plague Of Plagues, especially tracks like “Plague Of Plagues” and “Manifestvm”. So the sound of Enepsigos was forged on this album, and now perfected on the new album Wrath Of Wraths.

How long did it take to compose and record Wrath of Wraths?

It actually didn’t take that long for the demos to be finished, as we had a very strong mission of the album. But we then had the demos for one year before we hit the studio. And that break from the material made it all spawn into even darker places during the recording. I would say the album totally was recorded in 7-8 days,when it was ready. To keep it real and spontaneous.

Did you have a clear vision of how Wrath of Wraths was going to be before you started with the composition process?

Lyrically and musically, absolutely. We all knew after Plague Of Plagues, what the next album was to be visually, lyrically, and musically. The work was to put the music and words in connection, as the whole is the esthetic of Enepsigos. We don’t just throw random lyrics onto music. It all needs to come together. It’s a whole.

Taking into account that the members live apart from each other, how did you compose and record? Is it all ad-hoc?

Yes, we live far apart. We have a very unique way of working, that I don’t want to reveal. But with today’s communication online it’s not really hard to work together. 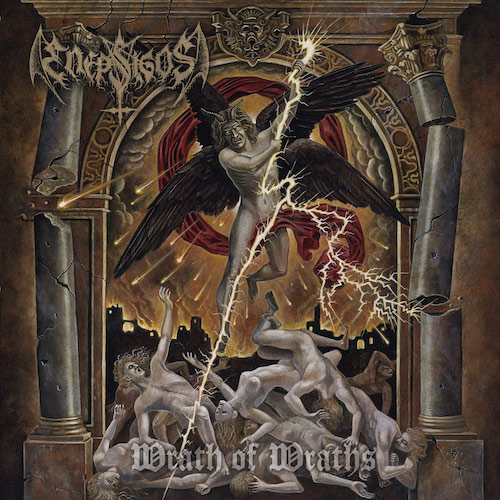 How difficult is it to create an album under those circumstances?

So far, very easily. Like I said, with internet and communication it’s really no problem. But this album somehow created itself. There wasn’t really much to discuss.

When it comes to the lyrics, who wrote them and what’s the message you want to convey?

I, V.I.T.H.R, write all the lyrics for Enepsigos. I take a somehow religious biblical stand on writing for Enepsigos. It’s for me religion, and I try to twist it around to other than pure godhate. The lyrics have deeper meanings, strong visions, and religious strength. They are written with so much anger from deep within. I want to purely convey hate, disgust, as I sincerely hate humanity intensely. I want most of it erased from the earth, ’cause we’re a plague to ourselves. That was part I of Enepsigos, Plague Of Plagues. Now, here we have part.II, Wrath Of Wraths, and we’re fucking furious. I want people to take this seriously, to be worried, to feel afraid… and to really fear something about to happen. To feel uncomfortable and nervous.

Besides Throne Fest in Belgium where else are you going to play? Do you have any touring plans?

At the moment it’s Thronefest, and we`re also booked for the stunning Imperium Festival in Norway. In these plague-ridden times that we’re in now, we can only hope any of this will be possible.

It’s all down to rehearsing. We’ve planned severeal rehearsals before entering the stage, as this is quite complex music to perform. But, with the passion that drives Enepsigos, we all take this seriously. So, we’re prepared. Live we will just let the music takes us. As this is extremely brutal and ritualistic, we will just follow the feel of it, all of which is very violent.

What inspired the album’s sound?

The band, and Tore Stjerna from Necromorbus Studios. We always from the first album knew what sound we wanted. The changes we made this time is that we recorded the album on 7-string guitar, to make it even deeper. And Tore had some ideas to test, and we trust him blindly. And when we heard the first mix, he nailed all we wanted directly. 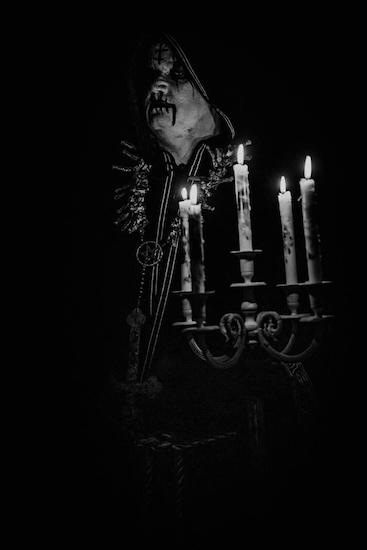 What do you think sets Enepsigos apart from other bands in the Norwegian scene?

Both V.I.T.H.R and Thorns have other bands. Why did you feel the need of creating something like Enepsigos? What kind of musical freedom do you have in this band?

We wanted something that was beyond the darkness, deeper down. To just let go totally in our artistic expression, and to not give a fuck or care about anyone or anything. Music purely based on what we want and expect.

What’s the situation with the other bands you play in? Any upcoming releases or concerts we should keep an eye on?

Thorns just released an album with Frostmoon Eclipse. Rituul will release an album later this year probably with Varde. For myself I will record the new Nordjevel album, but all this is very uncertain at the moment due to the pandemia.

3 Responses to “AN NCS INTERVIEW: ENEPSIGOS”