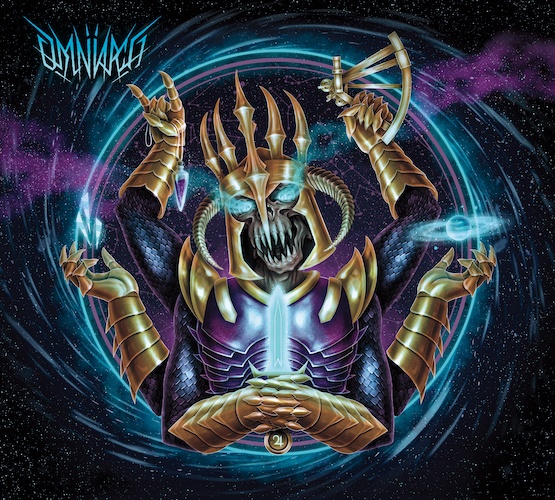 Omniarch come our way from Edmonton, Alberta, Canada, and they don’t come timidly. Their formulation of technical and progressive death metal absolutely blazes with exuberant spirit, technical virtuosity, and turbocharged energy, while incorporating memorable melodic and atmospheric accents. It’s the kind of music that will likely find welcome among fans of such bands as Revocation, Inferi, and The Black Dahlia Murder.

Omniarch’s self-titled debut album will be released on May 8th, and today we’re giving you a glimpse of all the qualities mentioned above as we premiere the song “Pathfinder” (and in case you missed it, we’re again presenting the album’s first single, “Ohm Cairn“). 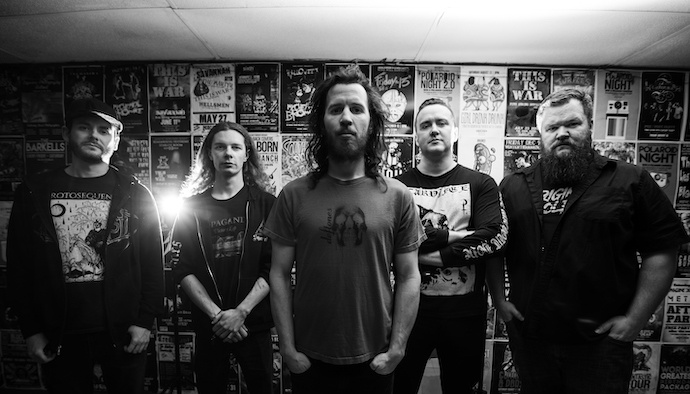 Lyrically, “Pathfinder” is full of fierce encouragement and exhortation — in the band’s words, it’s “about perseverance, about finding what you truly love and how it makes you who you are, and following that path”.Musically, it’s a full-throttle, adrenaline-fueled rush that never relents. With vocalist Mackenzie LaHaye expelling the words in a vicious, cutting-edge scream (with some gang yells in the mix), drummer Sean Higgins and bassist Jon Hofmann keep the song moving in high gear (a bludgeoning and battering momentum, to be sure) while guitarists Morgan Lambert and Mason Wilson put on a display of high-pitched fretwork pyrotechnics, the notes darting, swirling, and leaping with wild abandon.

But the biggest thrill in the song comes about two minutes in when the band treat you to even more glorious guitar fireworks, thanks to a pair of eye-popping melodic solos that rocket the song to an even higher level of excitement. There are also moments of humor in the video, in keeping with the generally boisterous mood of the track — the subtitle “Waaaaaaaaaa” as the vocalist delivers a long skin-shivering shriek, the roll of the closing credits that goes by too fast to see, and the closing scream of the goat in the band’s logo.

The band have given us this further comment about “Pathfinder“: “It harkens back to some of our older influences and is definitely one of our most anthemic, sing-along sort of songs. It keeps a fast pace right through to the frenetic, tension-building outro, and leaves you nodding your head in its wake. It’s definitely one of our favourites to play live as it gets the crowd going!”

As mentioned we’re also including a lyric video for the album’s first single, “Ohm Cairn“, which is also a jet-propelled, fleet-fingered, and fast-limbed thrill-ride, but further includes both jolting grooves and waves of sweeping melody as well as some desolate-feeling leads, a mysterious and melancholy instrumental interlude, and yet another another extended display of spectacular soloing. (The vocals also morph into low growls — and maybe even a hint of clean singing?)

Pre-orders are now available via Bandcamp, and to say abreast of further release details and the upcoming activities of the band, follow Omniarch on Facebook:

One Response to “AN NCS VIDEO PREMIERE: OMNIARCH — “PATHFINDER””