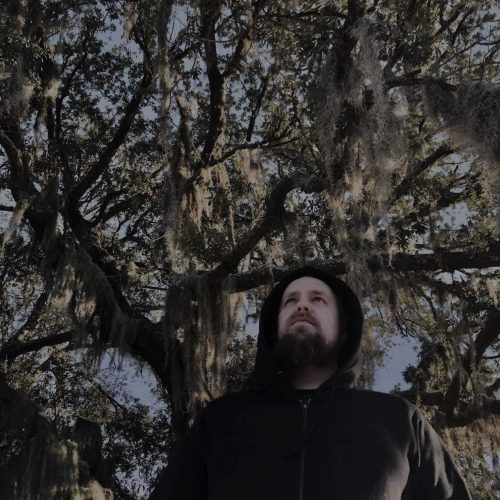 So I had to interview their drummer, Janne Jaloma, who plays in Dark Funeral as well. His drumming is fast, neat, and he doesn’t withhold anything on his latest album.

Why did you feel the need to create Night Crowned?

Well, Henric [Liljesand] took the first step to form a blackened death metal project and he asked me very early if I was on board. At the time I didn’t have a lot of musical projects going on that were too time consuming, and after hearing the first demos I was immediately interested to start working on the songs and recorded a few scratch demos. Those demos are actually on the Humanity Will Echo Out EP. So the EP is actually just a mixed demo pretty much.

How would you describe the NC sound?

Blackened melodic death metal with lots of Scandinavian influences from the ’90s, with every individual member’s personal touch. We haven’t reinvented the wheel in any way in my opinion, but we have just done stuff we like ourselves for fun. Personally, I improvised the drums on every track we have ever made after just listening to Henric’s sometimes very funny programmed ones, which actually did inspire me sometimes. A very “free” recording for me. The other guys did the same. We just say “You do you” and hopefully everyone in the band likes it, haha!

What do you think makes NC stand out in a pretty crowded Swedish scene?

There’s lots of bands in the scene that stand out in their own way and I think we do to in our own way too. We make music for ourselves and just release it to the public because we like it. We are just ourselves and I think it shows.

What were your ambitions when you started NC? How many of them have been fulfilled?

Making an album and playing shows! We have done both and we will continue to release albums and play shows.

I must say NC has lots of Black Metal influence… I guess each person in the band comes with lots of ideas — how do you find a balance?

Musically, Henric writes most of the songs, Ken [Romlin] handles everything with vocals and lyrics, and I like to let them do that until I feel like me and Johan [Eskilsson] have to come with a few ideas to just stir things up a little. I personally like to dive in to songs that we aren’t happy with and just pick up the guitar and make some stupid riff, rearranging songs etc. All of us love black metal, so the black metal influences are just as natural as the Gothenburg sound I’d say.

Impius Viam is a well-composed and produced album. How much time did you devote to this? Who produced it?

Thank you! We all recorded everything in our personal home studios. I got my drum recording setup, Henric and Johan have their own, and Ken records at a friend’s house in Södertälje. The album was mixed by Jonathan Thorpenberg (clean vocalist and lead guitarist in The Unguided), who did a great job, and we did spend a lot of time to try out different tones on every instrument and experimented here and there with the mix to find our sound. I’m very happy with the results! Personally I recorded the drums in one day and a half and I don’t really know how long it took for the other guys because I was away touring most of the time with Dark Funeral. The album was mastered by Andreas “Bagge” Baglien.

How would you describe a good drum sound?

Hmm. A sound that matches the band you’re playing in. The drum sound on the Black album by Metallica is amazing. Destroy Erase Improve with Meshuggah also sounds amazing to me. And…. 2929929292 other albums, haha. It’s not just the drums themselves that make the drum sound good. A good drummer with his or her own personal touch will make drums sound different the way they hit the drums too, soooo…. I don’t know how to answer this. The question gave me anxiety.

What non-metal influences are present in your drumming?

Uuuugh… Eric Moore who now plays for Eros Ramazotti, Jeff Porcaro and Gavin Harrison are really cool and I try to steal stuff from them to the best of my ability. I got a long way to go there sadly.

How many years did it take for you to reach the high drumming level you are at? What has been the most challenging?

So hard to say.. I’ve been playing this style of music since I was 16 and I started playing at age 15. It’s a constant journey of learning and improving so I can’t really say when I “got good”. I still think I’m quite shit so I still spend time improving every aspect of my playing because I feel like I need to, since my mind can clearly do stuff my body still can’t. I’ll let you know when I reach my drumming goals! 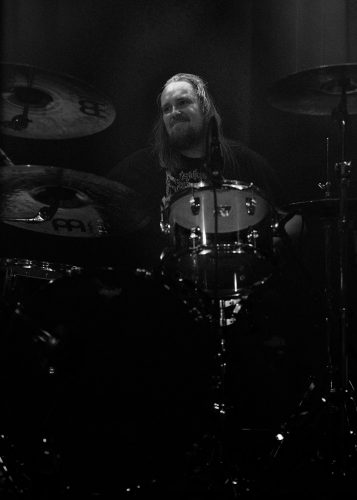 You play at a pretty fast tempo — how do you keep drumming interesting when it is so tight?

I really don’t know. I just improvise and hope for the best every time pretty much! I just try my best to do what I can and hope I don’t fuck up too much.

Tell us about your current drum kit…

I got 3 kits at the moment. In my home studio I have a Tama Starclassic Bubinga Elite kit which I absolutely love! 6 toms in total going from 8″ 10″ 12″ 13″ 14″ and a 16″ tom and they’re all mounted toms. One 22×20 kick, various Meinl Byzance cymbals, ACD Unlimited Darwin pedals and Wincent drum sticks.

Also a Roland TD50 kit which currently is at a friend’s house north of Stockholm where I stay when I’ve got Dark Funeral rehearsals etc.

If you were given the opportunity of building a custom drum kit what would it be?

I would love to have a kit for every different song if I could, so it’s really impossible to say. Right now my current kits are exactly what I want. Boring answer, I know… 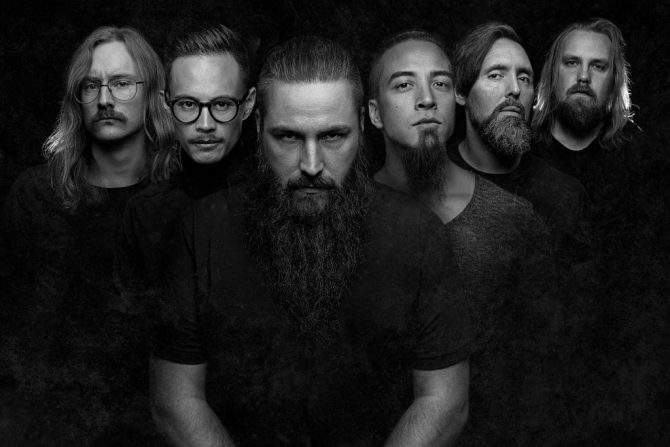 Tell us about your career previous to playing in Dark Funeral. You’ve been playing lots of Death Metal.

Yes that’s correct! Well the most pure OSDM I have been in was a band from Gothenburg called Chronic Torment, but there I actually played guitar. The band that kind of decided that I was going to be a drummer was my first band I ever recorded with, which was Deals Death. if people listen to that today I’m sure no one would ever think it’s me playing because of the genre and the way I play. Super laid-back, a lot of slow/mid-tempo songs and not too many blast beats etc. I always knew I wanted to be a bit crazier behind the kit than I was back then, but I had much to learn before I could properly do that.

In 2013 I played technical death metal live on tour for the first time with Bloodshot Dawn, and later in 2014 I developed my double-stroke technique with my feet which opened a new world for me and which kind of started shaping me into the drummer I am today. Then also we have Despite (which I’m still currently in) where I play a mixture of groovy Death Metal and some blast beats of course. More of an American-styled band musically, I feel like. Evocation, which is also old school death metal, I was in for 2 years where I played mainly mid-tempo with more groove rather than blast beats. 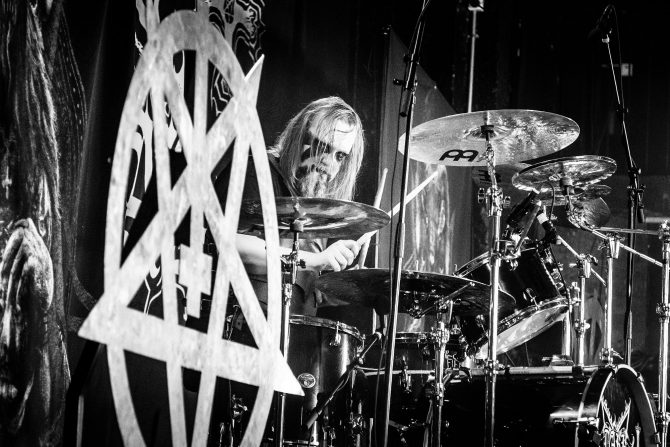 Once you got to play in Dark Funeral, did you have to adjust a bit to Black Metal drumming?

Well, I had to get used to playing 90% more blast beats than I’m used to, but it was more just getting comfortable in the band rather than learning something new. I had played lots of Black Metal before by myself, but this is the first time I did it for real, but endurance was what I had to work on mainly.

What is it like to tour with Dark Funeral? The performances are many and pretty demanding…

The live shows are quite physically demanding for me of course, but having a great crew and great band-mates around me all the time actually makes the tours easy. I get help with rigging and stuff when DF tours so I get more time to relax and warm up before shows… So the playing part is more demanding than any other band I have played with, but I get more time to rest and relax between shows than I get with any other band I have played with. So with DF I mainly get to do the fun stuff which is a dream! I love touring in general, but DF tours have been the most comfortable and most enjoyable I have done. I feel lucky and happy to have that job! 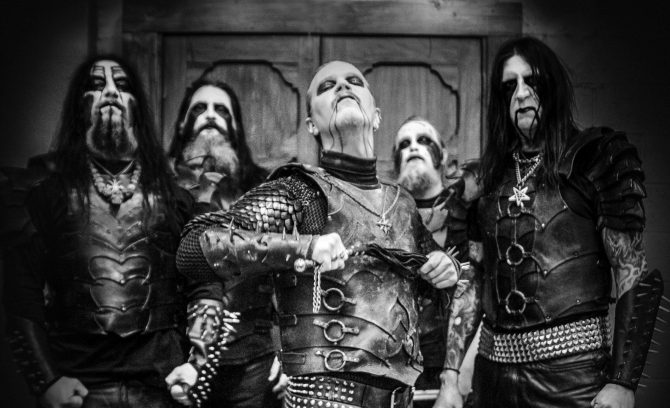 Are you writing any new material for Dark Funeral? If so what kind of personal touch would you like to give to an upcoming album?

I’m not writing any riffs or anything like that, but Ahriman has pretty much told me that I’ve got free hands to do whatever I want…. As long as he likes it, haha!

What other musical projects are you working currently on?

Besides Night Crowned, I’m playing in Despite, and various sessions for anyone who wants to hire me. Got some things in the pipeline for the summer, but I can’t really reveal anything here yet.

What are you doing during these days of plague?

In this writing moment I’m in my girlfriend’s apartment in South Mississippi and we are just relaxing and isolating us from the world like everyone else! Got a pair of sticks to practice with. I’m happy she doesn’t get annoyed with me using whatever pillow I can find here as a practice pad. And we ride our newly bought bikes from Walmart every day to get some exercise. I pretty much covered my everyday “plague life” there. I actually like it.

What’s the status for your upcoming tours?

Depressing like all the other bands. I just hope every summer festival doesn’t get canceled.

Thanks for having me! Stay safe everyone