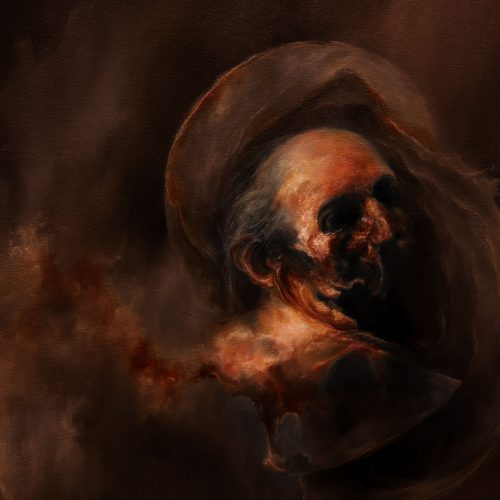 This is the (untitled) EP mentioned above. It was released on April 12th by a West Virginia-based band whose recording line-up for the EP also included a couple of well-known session performers (at least I assume they aren’t permanent members) — Colin Marston on bass (he also mixed and mastered the record) and drummer Kevin Paradis — in addition to guitarists Eric Gill and Dan Long and vocalist Paul Ozz, all of whom are also members of Aghasura.

News of this debut EP has been spreading by word of mouth among people whose opinions I respect, including the two who both recommended it directly to me (Miloš and Rennie). And it’s easy to understand why, after you’ve heard it.

The music has drawn comparisons to the likes of Gorguts, Ulcerate, Pyrrhon, Baring Teeth, Sunless, and Deathspell Omega. Those comparisons are also sort-of understandable, though the music doesn’t really sound exactly like any of those bands.

The EP opens with an eerie and ominously oppressive atmospheric track, and the paranormal guitar work in the second one, which is dissonant and shrill (and meandering and frenetic) is also capable of putting your teeth on edge, while Kevin Paradis erupts in bursts of maniacal drumming and Colin Marston engages in both moody and acrobatic bass work.

The final track, “Vultures swirling overhead, an obsidian wreath cast above a sleeping mind” (a title that’s actually shorter than the one for the second track) again pairs head-spinning, brain-spearing fretwork and unearthly dissonant tonalities with further displays of percussive pyrotechnics, and further includes a hard-jabbing riff as well as peals of strange, ringing, celestial notes that become mesmerizing, even with the intricate and attention-grabbing performances by the rhythm section that’s happening beneath them.

There are occasional bestial growls scattered around in the second and third tracks, but it’s the disorienting-yet-still-enthralling instrumental interplay that makes the EP such an eye-opener.

The fantastic cover art was painted by Rodrigo Pereira Salvatierra. The EP is out digitally now, and it will be pressed to a limited number of CDs and available for sale in May through Transcending Records. 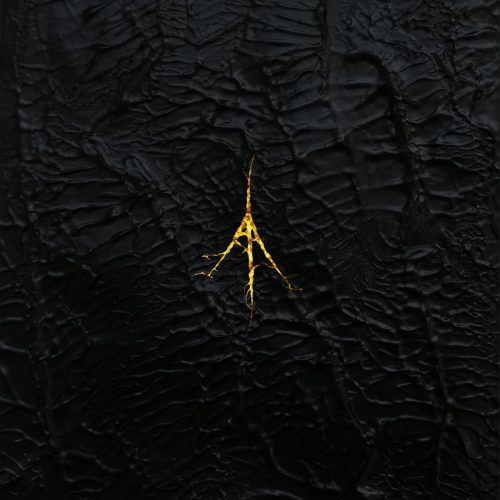 In 2017 I encountered this band from Cali, Colombia, through their third album, Segunda Muerte, and wrote about it twice at that time. As I heard it, the music intertwined elements of grindcore, hardcore, sludge, and heavy-weight post-metal (among other things), and it was an enormously eye-opening first exposure to the formidable talents of Mico.

Thanks to a tip from Rennie I discovered that Mico released a new single named Ecdisis on April 13th. I hope it’s the precursor to a new album, but I’m not sure.

Rennie mentioned that the song “sounds like Ulcerate riffing over grind drumming” and that “the bass tone is enormous, too”. The riffing is roiling, venomous, and laced with dissonance; the vocals veer from roars to screams; the song is strikingly dynamic in its tempo (with excellent drumming); and yes, the bass is enormous. The song’s maneuverings are intricate, and while the band show themselves capable of inflicting mauling punishment, they’re equally capable of twisting your neurons into distorted shapes as well.

I last wrote about Void Prayer only four months ago when we premiered their split with Nefarious Spirit, though that seems like four years ago now, in light of everything that has happened since then. Again thanks to Rennie, I learned that they have a new album headed our way (their second full-length), entitled The Grandiose Return to the Void. A song from the album, “The Poetics of Absence“, surfaced on YouTube just yesterday.

The opening few minutes of the song, which combine a slow, reverberating piano melody and the sheen of synths, create an eerie and disturbing atmosphere that grows increasingly distressed and demented — and then a building wave of buzzing guitar leads into the body of the song. Those waves of guitar continue to swirl like a poisonous, choking, glowing mist around a measured and stately drum rhythm, a prominent bass line, and strikingly vicious vocals. The riffing rings out and rises, creating a sensation of frightening, feverish, tension-filled grandeur as the drums begin hurtling.

The layered guitars rise to further heights of spectacular, disorienting frenzy, matched by the terrifying extremity of the vocalist’s howls and screams. The bass remains an interesting counterpoint throughout, but the overarching effect of the music is nightmarish, and capable of leaving the whites of your eyes showing by the end.

For those who may be new to Void Prayer, they are from from Bosnia and Herzegovina and were previously known as Cave Ritual, and the members are reputedly part of the Black Plague Circle. I haven’t yet found any details about when or how this new album will be released, nor have Void Prayer yet established a social media presence. 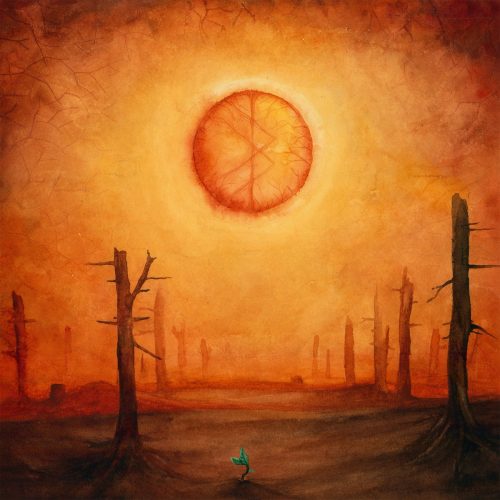 I’ve been following Sweden’s Kall since mid-2013, initially because I learned that their line-up included members of the late lamented Lifelover, and later because I discovered how good their music is. I also figured out that Kall feel unconfined by genre boundaries, an impression that’s reinforced by the just-released song from their new album, Brand, which you’ll find below.

That album has been a long time coming, since the band’s debut full-length was released in 2014. A single named “Fall” (reviewed here) was released in 2015, at a time when the album was projected for release at the end of that year. But better late than never, Brand is now set for release by Prophecy Productions on June 19th.

Before getting to the new song, I’ll excerpt what appears on the Bandcamp page for Brand:

“The title Brand (“fire”) refers to the song ‘Eld’ as a tale about a violently cathartic experience at a forest fire, making the primordial power of nature a recurring theme. “In this sense, the album is a call to overcome suffering by facing it right on, using the idioms of Scandinavian black metal, shoe-gazing post rock, saxophone-fueled psychedelia and the saddest of pop to get the message across. Break the shackles of society and let go of any preconceived notions while keeping in mind that you are not special, find your purpose in life to be as free as you possibly can.”

The new song, “Rise“, begins in misery, thanks to a slow, moaning and wailing guitar instrumental, but things eventually get much livelier with a vibrantly ringing riff, a head-hooking drum beat, and an attention-grabbing, bubbling bass. The inflamed, tortured vocals ensure that darkness still dwells within the music, and even those ringing guitars begin to sound beleaguered and despairing. Yet while the anxiety and the anguish in the song can’t be denied, neither can the vibrancy of the bass or the contagiousness of the drumming. And the ringing chords and flickering leads are so often bursting with vitality that the song creates a feeling of defiance and resiliency in the face of conflict and stress. This one’s going to be easy to go back to, again and again. 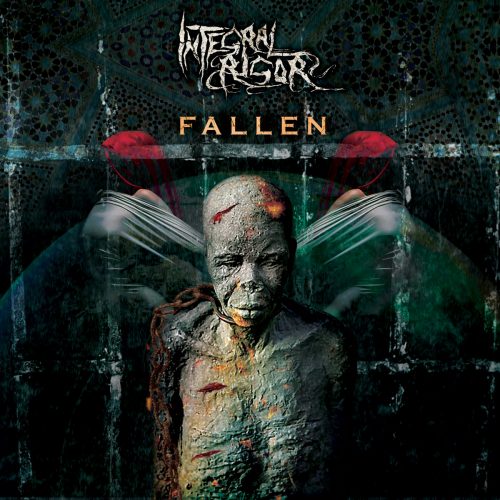 To conclude, I have a new single by the band Integral Rigor. I confess that I’ve always been drawn to metal bands who are located in places that are inhospitable to metal, and Iran (which is where Integral Rigor are located) certainly qualifies. I’m even more anxious to help spread the word when such bands are as good as this one.

I would add that this isn’t the first time I’ve written about them. Early last year I devoted attention to a wonderful guitar play-through video (which you can check out here) for a song off their album Alast (and you should also check out the album as a whole, here).

Alast was an instrumental album, but the new single, “Fallen“, includes raw, harsh vocals, which effectively add to the intensity of the music, as well as singing. The music has jolting, start-stop rhythmic characteristics, and other forms of rhythmic interplay and heavy riffing, that sometimes reminded me of Meshuggah. But the band embroider the head-moving momentum of the song with ethnic melodies that sound exotic to Western ears, especially in the clean-sung chorus and in a fluid and ultimately head-spinning solo, and there were times I got flashes of Devin Townsend as well. The song turns out to be damned infectious too.