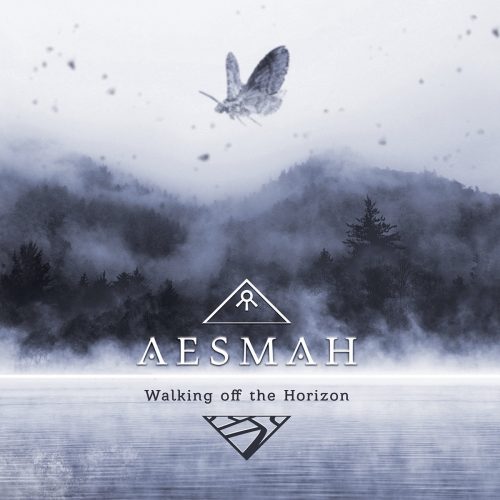 (In this review TheMadIsraeli catches up with the debut album by the French melodic death metal band Aesmah, which was released by Apostasy Records in February of this year.)

Quarantine has my sense of time and priority all fucked up dawg.

Doesn’t mean I haven’t been keeping up with the musical landscape though, and today’s subject is a band who I definitely think needs more exposure.  Melodic death metal, as we’ve so often talked about on this site, is almost a relic of extreme metal.  It’s either been incorporated into something else, or the bands hanging onto it mostly are just not standing out.  They ride the most rote of wavelengths in every aspect of their sound and the by-the-numbers, trying to be oh-so-slightly commercially appealing nature of it is pretty exhausting.

Aesmah, on the other hand, are a new band who get the style they’re playing. 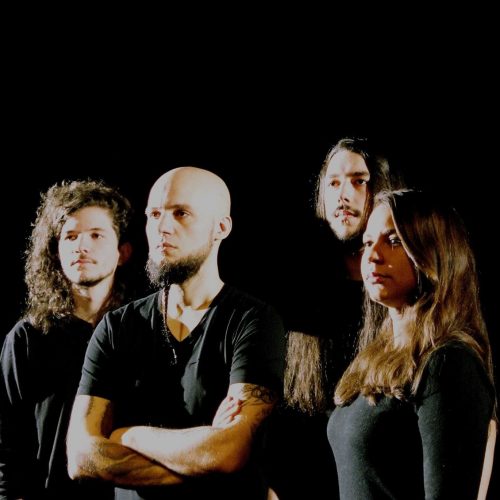 On their debut album Walking Off the Horizon, they’ve created a pretty inspired brand of riff-intensive melodic death metal that takes a lot of inspiration from bands like Omnium Gatherum, In Flames, Before The Dawn, and Dark Tranquility.  Their music is brimming with energy, propulsive grooves, triumphant blasts of thrash beats, and technical layered riffscapes, and it hits that consistently emotive note that made this style stick out to people during its prime.  I haven’t heard new melodic death metal this good since I reviewed Framework’s debut, and it makes me exceedingly happy to see there’s new blood that can do this style justice.

There’s an undeniable degree of flow to Aesmah’s music.  The way this band transition between speedier sections and grooves, and from heavy to ambient and soft, displays an OBSCENE control of dynamics.  It’s unreal how good they are at this.  Songs like opener “Quartz” and “Emerald Visions” show these peaks and valleys well, but this quality really comes to the forefront on the album’s 12-minute epic “Feeding The Eclipse”.  The album has a diversity of song-lengths, but Aesmah definitely seem to do more when they have more to work with.  The best songs on here are the longer ones by a mile.

Also, probably just my bias talking, but this band is undoubtedly at their best when they’re mostly operating at fast-as-fuck speeds — the majority of “Quartz”, “Ocean Of Veinings”, and most of “Feeding The Eclipse”. But it’s pretty hard for me to not get sucked into the In Flames circa Come Clarity bounce groove when it comes in.

Definitely a highlight of 2020 for me.  I highly recommend checking this out.

2 Responses to “AESMAH: “WALKING OFF THE HORIZON””