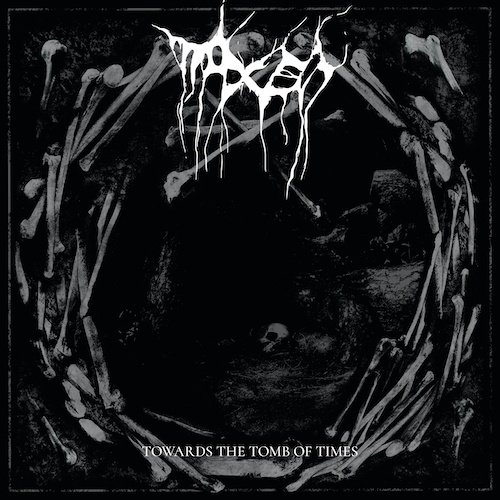 Following their very well-received EP To Abide in Ancient Abysses, the German melodic black metal band Naxen completed work on their first full-length, a record entitled Towards the Tomb of Times, and it is now set for release by Berlin’s Vendetta Records on June 5th. As described in the promotional materials for the album, over the course of four tracks spanning more than 47 minutes of music, the record “explores the weakness of mankind, the unavoidable loss and the inevitable failure of our species”:

“Acknowledging that all hope is lost and remains redundant in the end, transcendence is sought through ﬁre, the perishment of ﬂesh and death as the ultimate liberation. These feelings of existential disappointment, depression and despair ﬂow through the melodies, revolve in the lyrics and are captured in the visuals (by Arjen Kunnen)”.

These are serious subjects, and the music is a match in its tremendous dramatic power — as you will discover through our premiere of the opening track, “To Welcome the Withering“. 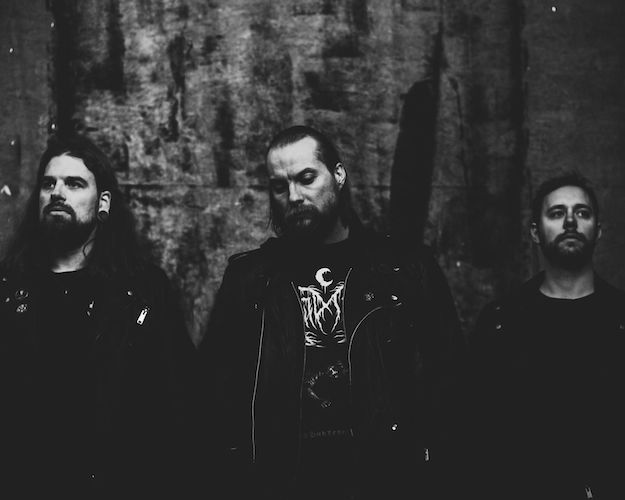 A song of significant length, it carries us across a changing experience, delivering penetrating emotional impact and the kind of all-enveloping sound that immerses the listener in its dramatic intensity. It begins with a slow guitar melody that’s dolorous in its wailing tones, steeped in shattering grief yet entrancing in its effect, and underlaid by a heavy, heaving bass that only increases the depth of the sorrow.

But the music flares into fire, the drums surging and the riffing transforming into a fierce delirium, with the vocals exploding in an amalgam of fervent shrieks, shuddering bellows, and shattering cries. Here, the music is wild and feral, yet has a sweeping and swirling quality that adds to its visceral intensity, enveloping the listener like a bonfire gale of sound. Yet it is also permeated with a feeling of pain and desperation.

Further changes are still to come as the drums disappear and the bass pulses in a moody thrum while the guitars continue to wash over the mind in cascades of glorious yet melancholy melody. The drums resume, but in a measured cadence at first, building toward another surge, with the guitars continuing to flash and flare, and at the end seeming to translate into sound an amalgam of intense yearning, wrenching fear, and desolate hopelessness.

The melodic themes of bleakness that run through the music are matched by the words, creating a unity of sound and thought that’s devastating. And here we turn to Naxen member LN, whose statement about the lyrics and the music provides further insight into what animated this album:

“When I started writing songs for the full-length, it soon became evident to us that “To Welcome The Withering” would open up our first album. Considering the bleak content of the record, we introduce it with a posh and massive intro. It slowly pushes us towards the non-relenting attack of the main portion of the song. That is until the song nearly collapses and builds itself back up with a leading melody to be carried forth. That is kind of contrary to a withering, if one might say so. ‘To Welcome The Withering‘ is the deathbed and all that follows is the aftermath of loss and grief.

“The words are an important part and should be seen as essential to this band. On Towards The Tomb Of Times several themes are interwoven that range from depression correlating with existential disappointment to grief and death. All 4 songs on this album constitute the painful passage to solace through death up to ending in purification through fire.

“It is this undiluted pain that is channeling the path NAXEN treads.”

The album was beautifully mixed and mastered by Andy Roscyzk (Ultha) at Goblin Sound Studio. Vendetta Records recommends it for fans of Watain, Dawn, and Nachtmystium. For pre-order info, check the links below.

5 Responses to “AN NCS VIDEO PREMIERE: NAXEN — “TO WELCOME THE WITHERING””