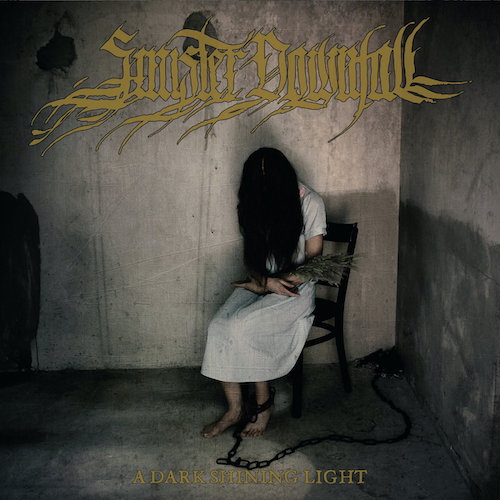 In 2018 the one-man German funeral doom band Sinister Downfall made its full-length debut with Eremozoic, which was the first release by the Armenian doom label Funere, in collaboration with the venerable Japanese doom label Weird Truth Productions. We premiered a song from that beautifully crafted debut, a song that was staggeringly bereft in its moods, and staggeringly heavy, too. Much like the album as a whole, it was tremendously evocative in its emotional resonance and persistently spellbinding throughout.

Sinister Downfall‘s sole member Eugen Kohl has continued to hone his craft since then, while remaining true to the vision of melancholic downfall that flowed through Eremozoic, and the result is a new album named A Dark Shining Light that will again be co-released by Funere and Weird Truth. And we again have been given the opportunity to premiere a song, the aptly named “Behold Darkness“, which is the track that ends the album. 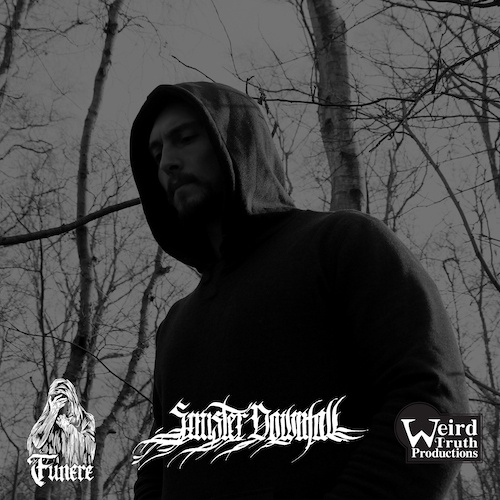 “Behold Darkness” seems like a grieving dream of glittering stars in a future when they have fallen dead and cold, on a frigid world shaken by an apocalyptic collapse. That interpretation of the music derives from the music’s mixture of heavily distorted chords in the low end and a glimmering sheen of sound in the high range, with the music measured by the slow detonation of drum blows and accompanied by cavernous guttural roars.

At times during the song, the gigantic drum strikes fall silent. In the first instance, gossamer-light guitars then ring out in isolation, creating an ethereal, dreamlike aura — and then the music becomes a massive stomp, or perhaps the sound of a titanic sledgehammer pounding against the anvil of your skull. When the drums vanish for a second time, it opens the music to a dolorous harmony of glittering and gravelly reverberations.

As the glacially paced drum blows return, shining piano notes and a mournful guitar melody ripple across the gouging, earth-excavating heaviness down below, and those ghastly roars return from the abyss.

One of the shorter songs on the album, “Behold Darkness” is nevertheless enthralling, and a fine example of Sinister Downfall‘s ability to intertwine feelings of melancholy, mystical wonder, and crushing hopelessness.

A Dark Shining Light will be released by Funere on May 25th (with distribution through Satanath Records) in a 4-panel digipak CD edition with a 12-page booklet and OBI, and it’s available for pre-order now. The release by Weird Truth Productions will happen at a later date, to be announced.

In addition to the song we’re premiering today, we’re also including streams of two previously released songs from the album, “Shape in the Mist” and “Bury Your Thoughts“.