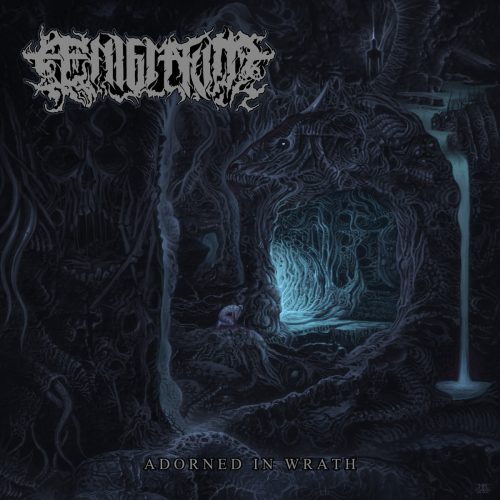 I spent hours yesterday trying to catch up on listening to new metal. I now have a giant list of things I’d like to recommend, including enough blackened sounds to fill up a four-part SHADES OF BLACK today. I haven’t figured out how to make that happen, and I don’t know how any normal person would be able to digest all of it even if I could. But I’m going to continue pondering how to deal with my desire to put it all out there. In the meantime, here’s the first installment.

I will say that the “shades of black” in this collection are often very faint shades, with other stylistic ingredients much more prominent than black metal. But I think all this stuff is outstanding, and fits very well together, for reasons you’ll figure out as you listen.

“A wild ride full of twists and turns”. That’s how this Portland band describe Adorned In Wrath, a two-track demo that will be released on May 22nd, which they say will serve “to give a glimpse of our forthcoming sophomore full-length”. The first of those two songs, which is streaming now, is definitely a wild ride — in fact, that’s an understatement 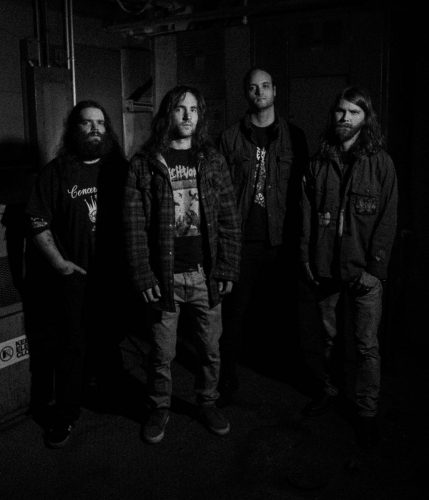 “Despot of Amorphic Dominions” is intricate and labyrinthine, dissonant and destabilizing — lots of moving parts and morphing tones, which include blistering displays of instrumental madness and somewhat less extravagant permutations (relatively speaking) that create sensations of chilling eeriness. It’s extraordinarily adventurous, and although it’s nearly impossible to follow everything that’s going on, the technical execution seems vacuum-tight.

When you listen to it even just a second time, you better notice all the little melodic (and anti-melodic) motifs that stitch this whirligig together and that got stuck in the mind, even though you might not have realized it while it was happening; there is indeed a plan behind the pyrotechnics.

Memories of Dysrhythmia, Krallice, and Gorguts at their most unchained come to mind. The cover art is by Mark Cooper.

(Thanks to Rennie from starkweather for recommending this.) 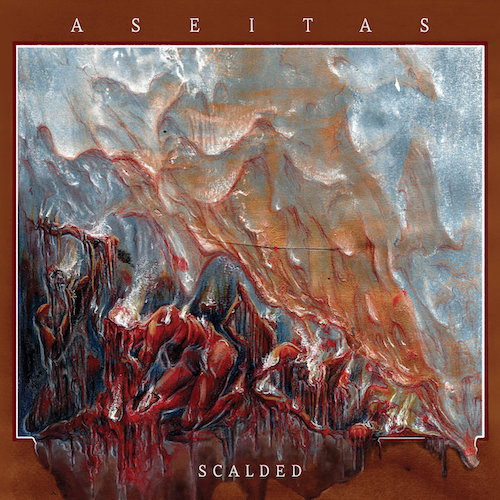 Aseitas also hail from Portland, and made a tremendously good first impression with their 2017 debut album City of Stone. Now they’re returning with a new record named False Peace, a 72-minute work set for release on July 10th.

The press materials describes the music as “challenging the mind while punching the gut”, “equally progressive and savage”, marrying “the far-reaching and heady with the grounded and visceral”. I’ve quoted those words because they ring true in the case of “Scalded“, the first single from the album that surfaced on May 8th.

I think you’ll understand why I paired it with that Ænigmatum track. Both of them are the kind of thrillers that will make your brain turn somersaults.

The eye-catching artwork is by Noah Cutter Meihoff. The cover art he made for the album is different from the artwork for this first single; it’s visible here. 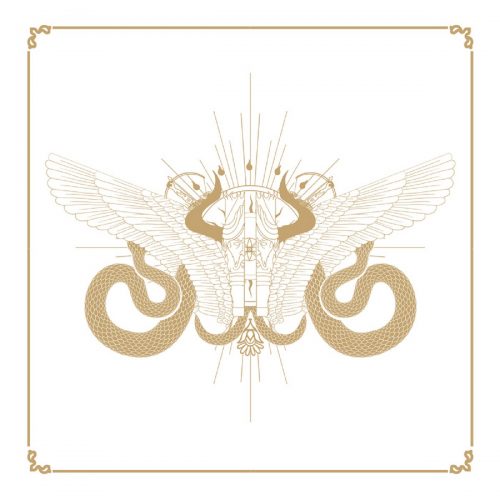 The next two songs in this collection — “Huminki-Sag” and “Ir.Kalla” — also feature dissonant and delirious fretwork, skittering, darting, and swirling in unpredictable ways around a mammoth bass presence and lots of off-the-hook drumwork. Even though the bass and drums are forward in the mix, the guitar lunacy holds its own — because it’s so wild. There are vocals in the songs too — expressions of deranged vehemence and demonic savagery, which add to the music’s overarching impression of diabolical madness. In addition, ecstatic choral voices appear in “Ir.Kalla”, along with symphonic strings and exotic melodies, and it is indeed the more spectacular of these first two tracks.

Both of these ebullient spectacles will be included on Altalith, the new full-length by this Mexican band, which will be released on June 25th by Dusktone. These songs also go quite well with the music of the first two bands in this collection, don’t you think? Though I do think these two by Black Hate have a more hellish aspect. 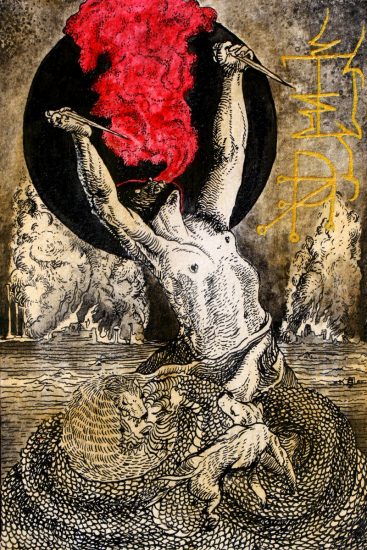 For The Ruin Of Souls is a new two-track EP released on April 30th by Philadelphia-based Cape of Bats, who brand their music “vampyric metal punk”. But don’t be deceived by that description into thinking these two songs are simple or short — though they do have a sinister, blood-thirsty aspect.

The EP is book-ended by eerie, rhythm-less nightmares (the intro to the first track and the outro to the second one). In between, there’s a potent rhythm section at work, giving both tracks a strong, gut-slugging, head-moving momentum, a variable anchor point for a wide array of guitar acrobatics and throat-slashing vocal extremity.

There’s definitely a heavy punk influence in some of the riffs and beats, but there’s a whole lot more going on as these dynamic tracks push and pull the energy, including passages of hallucinatory, blood-freezing menace, malicious mayhem, and gibbering lunacy. The tempos change on a dime, and there’s plenty of kaleidoscopic instrumental flair on display, which often becomes breathtaking.

The fantastic cover art for this one was created by Erica Frevel. 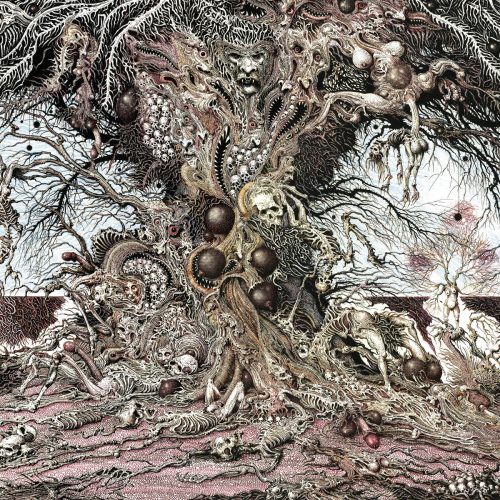 To close this collection I chose a new song by Oakland’s Ulthar (whose formidable line-up includes Shelby Lermo (Vastum, Extremity), Justin Ennis (Void Omnia, Vale), and Steve Peacock (Mastery, Pandiscordian Necrogenesis, Pale Chalice)), which appeared on May 8 and will be included on the band’s new album, Providence.

This new song, “Churn“, is pretty well-named, since the riffing is a churning mass of venomous sound, like a mass of vipers stirred into a fury. The drumming is a battering, bone-smashing engine that also erupts into blasting fusillades, while the vocals veer from hoarse roars to hair-on-fire shrieking. It’s a fairly short track, but a damned explosive mauler, and further reason to get excited about this new record.

Providence is set for release by 20 Buck Spin on June 12th. The incredible cover art was created by British illustrator Ian Miller.