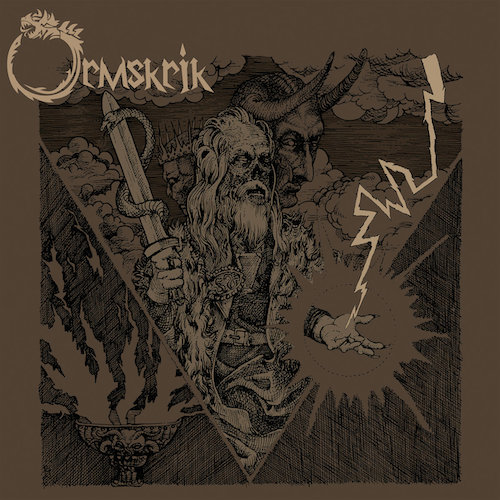 As I wrote in Part 1 of today’s column, I have enough new music I’d like to recommend that I could fill out four installments, but that’s not going to happen. So I’ll have to content myself with just two Parts. I’m still thinking of ways to recommend everything else I had in mind, without just tacking a bunch of streams together without links of commentary. Though maybe that’s what I should do?

The first two songs in this collection, “Descend To Madness” and “Helheim“, are included on the self-titled debut album of Ormskrik from the west coast of Norway. Both of them are ripping black/thrashers with a powerhouse sound and absolutely unhinged braying, bellowing, and screaming vocals. 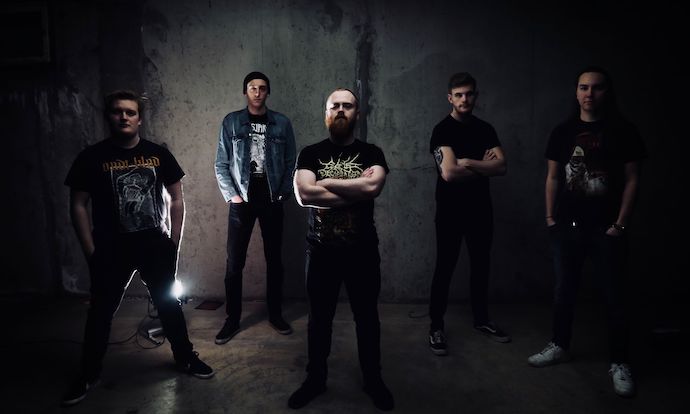 The songs have a wild, uproarious vitality, and on top of that “Descend To Madness” includes neck-wrecking chugfests and swirls of electrifying, near-panoramic melody, while the fire-bright melodies in “Helheim” gloriously soar in epic fashion, and there’s a gut-rumbling bass solo in that one too. Both songs also include arena-ready guitar soloing that drives the electrifying energy to thrilling heights.

And so while thrash might be the backbone of these songs, Ormskrik add wonderful embellishments that really make them stand out.

Ormskrik will be released on June 5th by Fysisk Format.

Next up is Selfhatred.Addiction, an EP released on May 5th by the French band Acedia Mundi. It follows a 2017 debut album named Speculum Humanae Salvationis (which I haven’t heard). I gather from the band’s comments that it represents a musical change in direction from that album. It includes covers of songs by Katharsis and The Stooges, in addition to two original tracks.

This new EP is rough and raucous, bleak and brutalizing, and searing in its intensity. The original songs are also quite unpredictable in their mutilating mutations, with rapid tempo changes, head-spinning fretwork that reaches chaotic zeniths, and a mentally destabilizing use of dissonance and larynx-shredding vocal intensity. In those two songs, “Nemo Me Impune Lacessit (I Will Kill You)” and “Dic(k)hter“, everyone in the band gets ample opportunity to show off their performance chops, and while Acedia Mundi brandish a “fuck off, we don’t give a shit” attitude, and a superficial “looseness” in their performances, their execution and compositional inventiveness are damned impressive. (Four stars for the spoken-word interlude in the second of those.)

As for the covers, “666 (Hohelied Der Wiedererweckung)” is blazing, blaring, grandiose chaos, like a trip through a super-heated blast furnace that leads straight to Lucifer’s throne room — and it will get you moving from head to toe, too. And as for their take on the immortal “I Wanna Be Your Dog“, well, it’s just fucking great — a lot more mauling and mind-scarring than the original, with lots of scintillating lead-guitar embellishments and an even more feral and dangerous quality, plus a giant pile-up the end — but still recognizably that song. 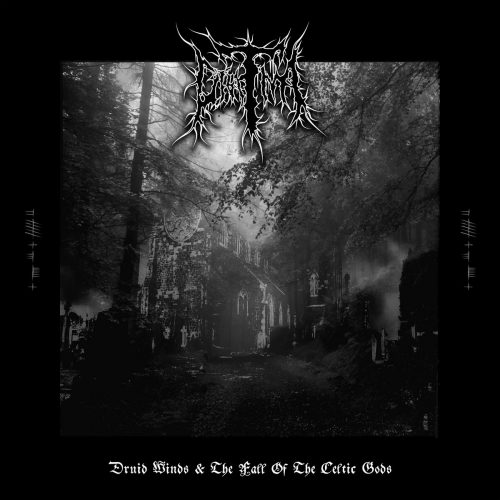 Over the course of three previous EPs, all of which I reviewed, I’ve become increasingly taken with the multi-dimensional music of Dratna. And now there’s a fourth record, released on May 8th, which just solidifies the attraction. Druid Winds & The Fall of the Celtic Gods is a four-track affair “inspired by the stories and tales of old Mythological Ireland”.

There’s a warm, inviting tone to Dratna‘s racing guitar which gives the opening track an immediately alluring quality, even though the vocals are tremendously wretched in their sound, and in the passages when the drums drop into a more measured back-beat the music’s melody becomes even more inviting, and those pained vocals almost sound like singing. There’s a lost and longing quality to the melodies — but the song takes a turn past the mid-point, as Dratna brings in a glorious heavy metal riff, urgent piano chords, and soaring, fire-bright guitar fever. It’s not that the distraught qualities in the song have disappeared, but suddenly the music becomes a big thrill too.

On the other hand, the second track is undeniably tense and tormented, with a feeling of soul-fracturing anguish in the sounds. Yet Dratna never stays completely in the same vein in his songs, and so the middle of that one transitions into a beautiful but heart-breaking instrumental that includes flute and strings. The third track carries over some of that feeling of tension and despair, but there’s also a feeling of defiance and resilience in the high, whirring melodies and the head-moving heavy metal riffing. There’s also a gorgeous solo in that track with a folk-ish melody and a sorrowful keyboard layer that slowly glides across the combat below.

The closing track, which is the longest of the four, recalls some of the lost and longing moods of the opener, as well as gleaming with a mystical sheen over the head-hooking rhythmic pulsations and the ravaging vocal tirades. But of course, this song changes, too, as Dratna introduces a head-hooking riff to go along with the head-moving beats and the febrile backing vibrations.

Another very good release from this one-person project, and reason to continue keeping an eye on what comes next. 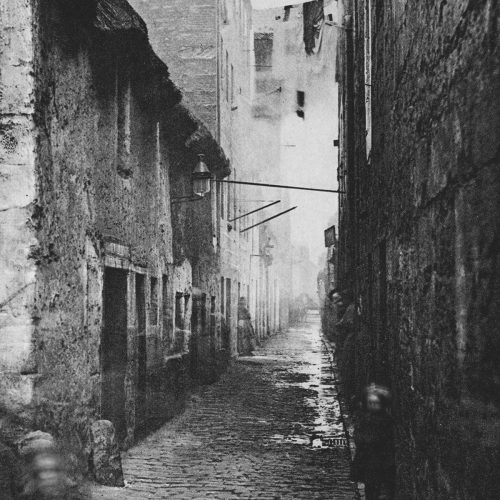 I’ll warn you right up-front that this final song — without any warning — will sear your ear drums. I’ve listened to it multiple times, and each time the beginning is still a bit of a shock. But both the first time and every other time, the song has also proved to be riveting.

The riffing is raw and ravishing, and almost drowns out the pattering drum rhythm and the harsh, howling and screaming vocal misery. But the riffing is so gripping, so emotionally intense, that it really doesn’t matter. It’s a sound that seems to straddle a line between desire and desperation, between craving and hopelessness. Gripping and charismatic stuff despite the ear-shattering rawness.

The song is “Ginnel Witch“, and it’s the first advance track from a self-titled EP that will be released by this UK duo on June 1st.

It appears that Axis of Light will be released on tape via Pristine Blight. It’s not available for pre-order yet, nor is a digital download, but presumably both will become available soon at this location: