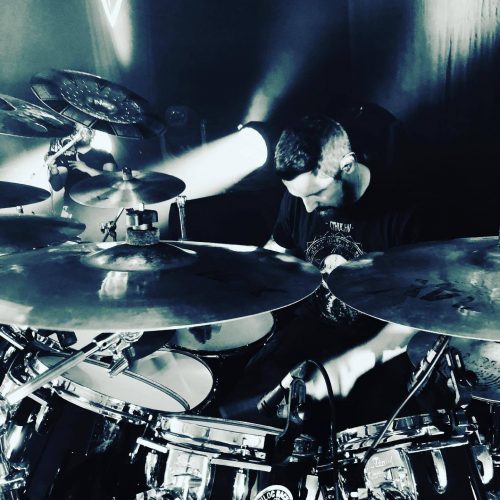 (Continuing with her ongoing series of interviews with metal drummers, this time Karina Noctum spoke with Trym Torson, who of course is the drummer for Emperor, and formerly for Enslaved and Zyklon, among other groups.)

Enslaved played Frost in its entirety in Bergen in 2018. It was a pretty special show with artificial snow and all that, really good. I don’t recall seeing you there. Why weren’t you a part of it?

Ivar told me to stay the fuck away and not ruin the evening! No, I’m just joking, I was never invited, so I never went…

I have seen many Emperor shows in several countries. But I think in general I have liked the shows Emperor have given in Norway the most. I mean it feels like you give a little extra back home. How do you feel about it yourself?

Both yes and no. We try to do the best possible show every time we go on stage. Sometimes things work out great and sometimes things are not as good as we hoped. There are so many things that can inflict on a live performance, and sometimes you have to fight the elements and just try to do the best possible given the situation. 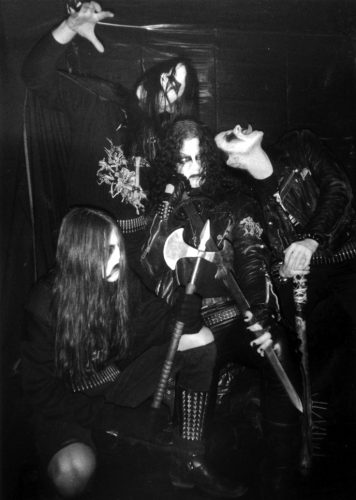 What stage was Anthems… when you arrived when it came to composition? Did you compose all your drum parts from scratch?

They had the arrangements for a couple of songs ready, and the basic idea of the drum beats, etc., so those I just modified for my personal taste and added more personal feeling to them. The rest I had to compose from scratch.

When it comes to composing drum parts back then what was the most important for you?

I always ask whoever made the part I’m drumming at, what kind of beat they had in mind when they made that riff or part. That makes it easier to get the right kind of feeling and flow that the riff was originally made for. Then I always try to see what other kind of beats could fit, and maybe do a combinations of different beats on that same part.

I love the dark mood Anthems… has, it is truly special. I don’t think another album like that one will ever be created. It’s totally unique. It’s my favorite album to listen while being on barren black rock mountains in Jotunheimen National Park because it fits completely that type of nature. So I always wonder how was this special dark ambience created? What kind of mood you guys were in to create it?

I guess you kind of said it in your question. We were looking for a dark ambience, yet very aggressive and a powerful sound, and did not want to make it too polished to lose that kind of raw feeling it got. 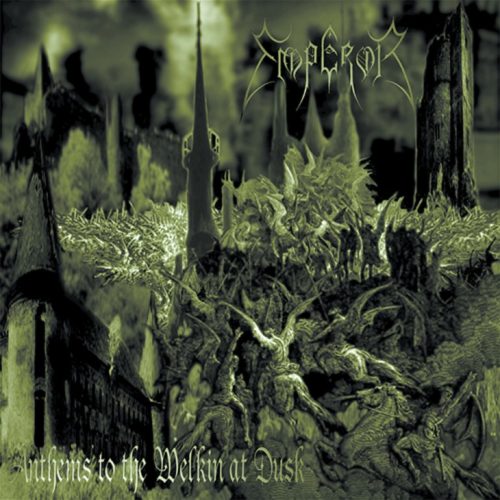 Which bands were the most influential when you started and why?

It all started with Kiss, but there are just too many bands that have been influential when I started to play drums. But in the early days I listened to bands like Twisted Sister, WASP, Metallica, Black Sabbath, before I discovered bands like Slayer, Death, Bathory, Master’s Hammer, Celtic Frost, Mercyful Fate, King Diamond, and the list goes on…

Where were you living when the church burning and the homicides took place? How did people react towards Black Metal musicians back then? Did it affect you?

About Lords of Chaos, the movie…. Some friends thought it was rather funny. I didn’t really like it. Have you seen it? What do you think?

I have not seen it and will probably never see it 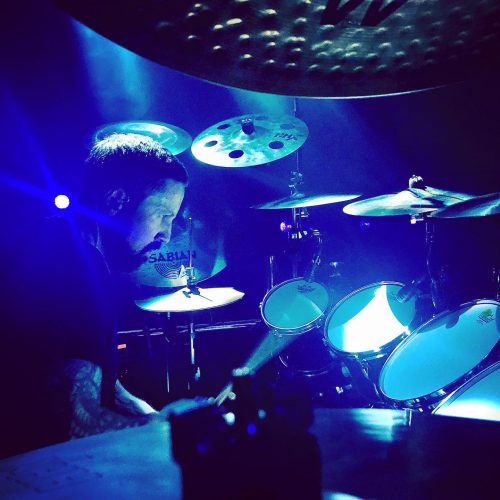 How did Euronymous’ death affect you?

We were at that moment signed with Enslaved at his label Deathlike Silence, so it was a shock and we were in disbelief when it happened.

How difficult was it to get a label, and to promote and tour as a band back in those days?

It was a struggle to get a record deal, and there was no internet, you could just contact whoever you wanted. You needed a demo of some sort, and then ship it to all the record labels you could think of who might want to listen and release your music.

Why did you guys settle for a few but exclusive shows, rather than longer tours? Would you like to tour more than you currently do?

None of us wanted to do long tours any longer, so that’s why we are just playing a few shows 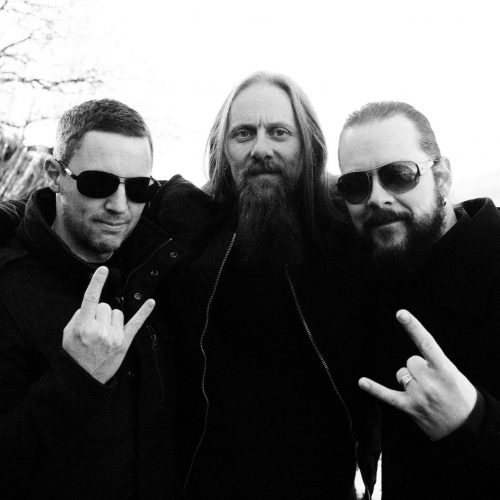 Do you keep up with the Norwegian metal scene at all? Anything you like?

I’m really bad at keeping up with new bands, so I keep going back to the classics… I love Zyklon.

What happened with that band? Have you written something? Will you ever release something again?

We kind of came to a point where it was more of a hassle than enjoyable to keep the band together, so we just said it was time to stop.

Do you have any other musical projects at the moment?

Not really. I have been contacted by several who wanted me to play drums for them, but I really don’t have time for more than Emperor at the moment. We were supposed to be touring South America with Emperor in May, and it will most likely be postponed. 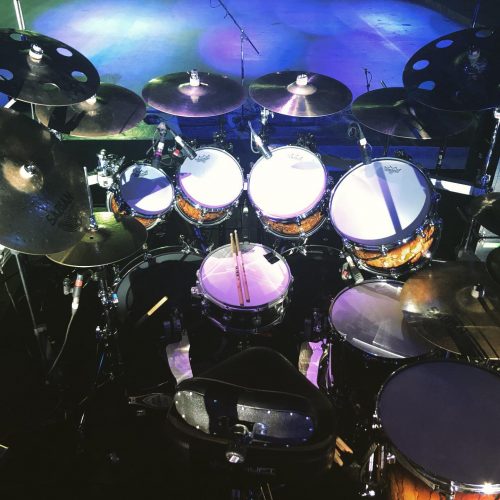 What were you looking forward to the most when it comes to those shows? Fans have been waiting such a long time to see you.

It has been postponed until November now. We have never been to South America, so we all look forward to seeing and hearing those crazy dedicated fans we have heard so much about

What kind of gear are you using? Why did you choose it?

At the moment I have a Premier Elite custom drum kit. Sabian cymbals, Remo drumheads, Czarcie Kopyto pedals, Vic Firth drumsticks, Gibraltar Hardware, foot blaster triggers and Roland module. These are all to me some of the best drum equipment you can get, and I have been using most of it for years. I will probably get new drums soon, so I am looking at several companies at the moment, and there are so many great producers at the moment, I haven’t really decided what I want yet.

Did you use an identical drum kit as the one you used to play Anthems for the recent shows or did you want some things to be different, and if so why?

Almost the same as I had before, as I tend to have more or less the same setup for a long time now. 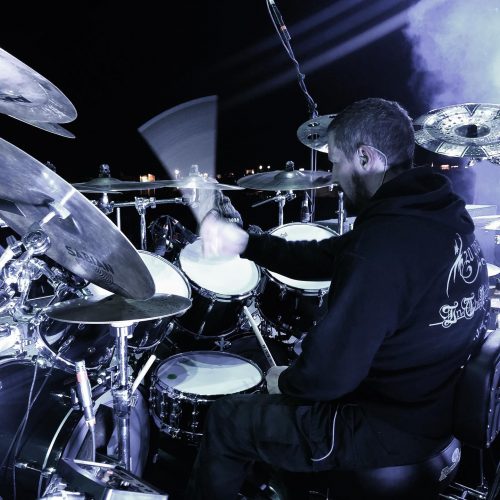 Define good drumming for you, please…

Oh, that’s the million dollar question! For me it’s all about how well the drums are together with the music. Whenever I hear a song and the drums feel just right as they are, I don’t hear lots of things I would have changed. So good drumming doesn’t always have to be all technical, it all depends on what is best for the song or theme.

Hm, I’m going to make this easy for myself and just say De Mysteriis Dom Sathanas and A Blaze in The Northern Sky are what I would define as, not good, but great, Black Metal.

Notodden hosts an important Blues festival — have you let yourself be influenced by that musical genre as well?

No, I haven’t found my inner blues just yet… 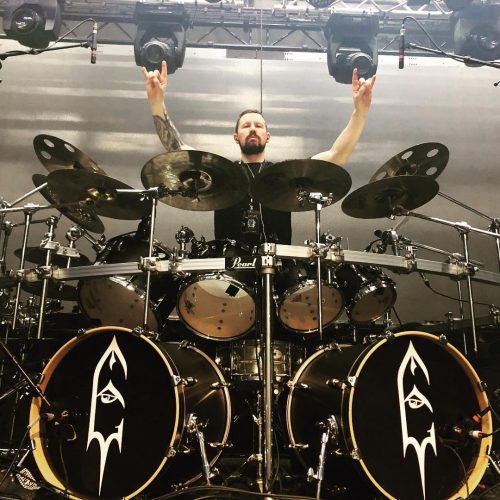 Lots of fans go to your tattoo studio. Do you have any striking or memorable experiences with these visits from all over the world?

Not really, I have people coming from all over the world, but they are mostly normal but great people.

To see some Emperor songs being played in Notodden at Motstrøms in 2018 was awesome. The Myrens Dam was truly special. How did it feel to play in your hometown surrounded by people you know?

It was good but short, as we just played 3 songs, and it was just a small part of the Motstrøms «festival». But Myrens Dam is a great place to get that kind of atmosphere.