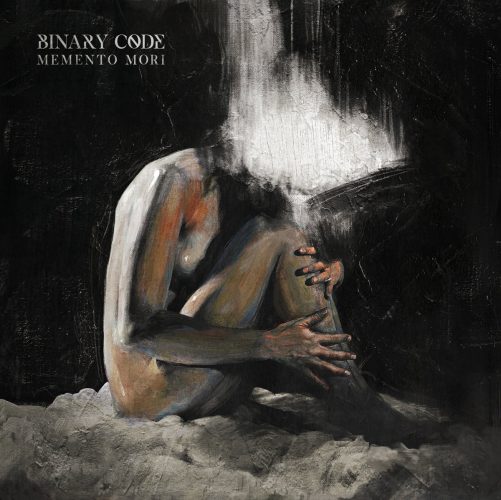 (This is Andy Synn‘s review of the new album by Binary Code, which features a guitar solo by Jeff Loomis, artwork by Eliran Kantor, and an instrumental version of the entire record. It will be released on May 15th, with all proceeds donated to Suicide Prevention in honor of a loved one who inspired the new record.)

It’s fitting that my first review to be published the week after my (surprisingly well-received) rant about mediocrity, maturity, and mainstream exposure should be this one, seeing as how perpetual Prog-Metal underdogs (The) Binary Code are exactly the sort of band who could/should be a major, crossover success, and who wouldn’t need to sacrifice their identity, or their integrity, to do so.

This is even more obvious on their upcoming third album, Memento Mori, which is by far their most expressive, immersive, and emotive work yet. 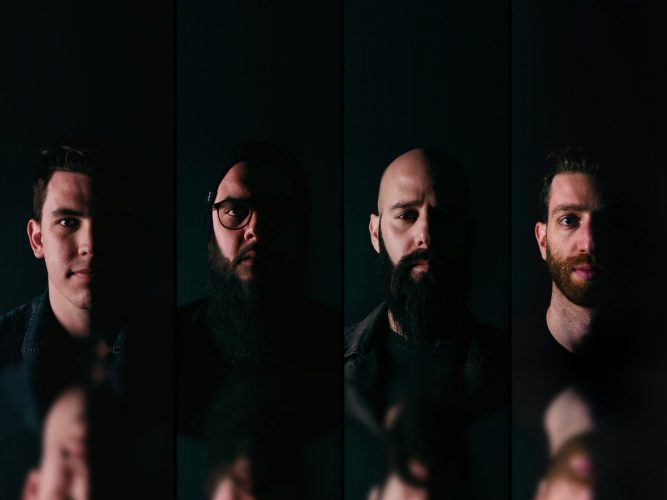 The band’s not-so-secret weapon here is, obviously, the sublime voice of frontman Oded Weinstock, and what a voice it is, soaring, soothing, simmering, and shimmering… the first few lines of opener “Filaments Dissolve” are a spellbinding introduction in their own right…  it’s the sort of voice that practically bleeds empathy and emotion, without being overly mawkish or melodramatic about it.

His throaty-, mid-range growls are nothing to sniff at either, and though they’re deployed relatively sparingly (I’m estimating at least a 70/30 split between clean and harsh vocals, although the proportional difference might be even greater) they add a welcome dose of gritty texture whenever they pop up.

Of course Weinstock’s voice on its own wouldn’t be enough to carry the entire record if the music (composed and recorded by guitarists Jesse Zuretti and PJ Spilletti, bassist Connor Appleton, and drummer Austin Blau) wasn’t up to scratch, and thankfully the band’s instrumentalists have also brought their A-game to the table too, delivering a plethora of brooding, low-tuned riffs, intricately interlinked rhythms, and captivating melodic/acoustic licks which effortlessly balance proggy creativity with poppy immediacy.

And although Memento Mori isn’t necessarily what some of our readers would consider a “heavy” album – at least, not in the prototypical sense – it’s still an album with real presence, and some real weight behind it.

In that sense it occasionally reminds me of the proggy Post-Metal/Proto-Djent of Benea Reach (“Unborn”, “Let Them In Your World”), the raw emotional intensity of Ghost Brigade (“The Absolute Nothing”, “Embers”) and the moodier, more melodic side of Black Crown Initiate (“Those I Sought to Spare”, “Away With Oneself”), although never in a way that doesn’t sound uniquely and distinctly like Binary Code first and foremost.

Ironically, for an album with such obvious crossover potential, it’s the cover of Mazzy Star’s “Fade Into You” which stands out as the record’s weakest and least effective cut. It’s not a bad take, by any means, and the band perform it with the same grace and gusto as they do their original material, but it still screams “obvious b-side”, and the album would arguably be stronger, and tighter, without it.

Still, apart from this one minor misstep, there’s not a single weaker or lesser track to be found here, which makes this record undoubtedly the band’s strongest, most cohesive, and most captivating album of their career, and one well worth grabbing a hold of when it’s finally released on Friday.