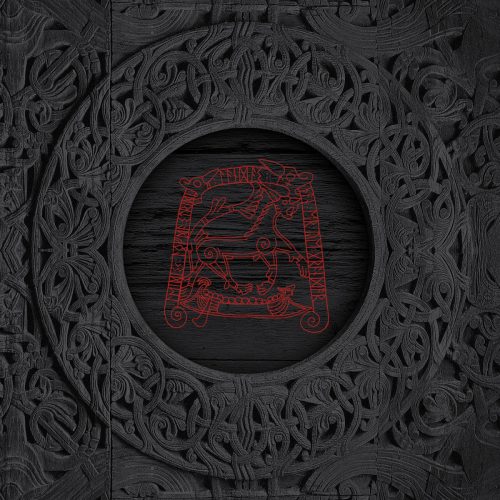 2020 has been a miserable year in most respects, but a great year for the Icelandic/German band Árstíðir lífsins. They contributed a tremendous song to Aldrnari, the tremendous album-length split with Carpe Noctem (reviewed here) that was released in April, and on Friday they digitally released their new album Saga á tveim tungum II: Eigi fjǫll né firðir (physical editions will follow from Ván Records). It is (you guessed it) tremendous. 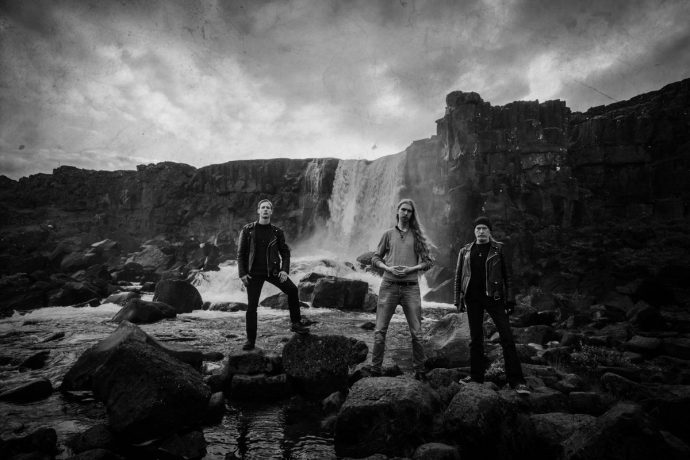 The album completes the monumental two-part narrative the band began last year with Saga á tveim tungum I: Vápn ok viðr, a story that depicts the lives of two siblings and their experiences during early eleventh-century Norway under the reign of the Norwegian king and saint, Óláfr Haraldsson. It includes recitals of Skaldic and Eddic poetry and is sung in Old Icelandic.

The new album’s lead “single”, and I think the only track released before the appearance of the full album, was “Er hin gullna stjarna skýjar slóðar rennr rauð“. It was a serious attention-grabber that displayed the band’s ability to amalgamate powerful hurtling intensity, melodies of mysterious and mystical glory, vocals that were viciously jagged, reverently solemn, and heroically soaring, and soloing that was beautifully heart-wrenching. Incredibly dramatic, the song sounded like a mythic saga all by itself — and it’s only one of nine songs on the album.

There’s a lot to take in as you make your way through the album — including one song of 10 minutes in length and a closing track that nearly reaches 18 minutes. And it’s a multi-faceted experience, to say the least, one that employs not only the ravaging implements of traditional black metal but also acoustic instrumentation as well as cinematic ambient and symphonic soundscapes, one that both casts spells and gets the blood pounding. It creates the sensation of being carried back through time, in keeping with its thematic concept, allowing us to see in our mind’s eye the unfolding of a narrative. It seems like living through a saga, brought to life in sound.

It would probably be an understatement to call the album “ambitious”. It’s richly imagined, meticulously plotted and executed, and relentlessly dramatic — it demands a lot of attention, maybe more than the average listener will be willing to give it. And for better or worse, to get the full effect you really have to set aside an hour and fifteen minutes and move through it from beginning to end, something I’ve only done once. It could warrant much more study and thought, and much more in-depth writing, but time being short, I’ll have to content myself with these few paragraphs and leave you to find your own way from here.

The opening riff in the first song on Sielunvihollinen’s new EP, which is the title track, has come back to me again and again since I first heard it. It just pops into my head unbidden. It happened last night, just as I was drifting off to sleep. It happened again this morning as I was gulping coffee. It’s a joyful, dancing sound, backed by a neck-snapping drum rhythm and swirling rhythm guitar. But the song leavens that ecstatic melody with viciousness — demented, feeding-frenzy chords over weaponized drums and barbed-wire shrieks — and with episodes of bleak, anguished melody. But that joyful noise returns, like a welcome friend, and the finale is glorious.

There are two more tracks on Veren Äänet after that electrifying opener — “Haudan Pimeydessä” and “Kaamos“. They each have their own powerful melodic hooks and their own dynamic transitions and mood changes.

“Haudan Pimeydessä” rocks, ravages, and romps, becomes fearsome and grand, and the compulsive drum rhythms (with a wonderfully organic sound) make it impossible to sit still as you listen. “Kaamos” is slower and more depressive in its sound than either of the preceding tracks, but as heart-breaking as the song is, it displays its own kind of grandeur, and it’s also very hard to forget.

These Finns really are very, very good, and if you’re only now discovering them, make time to dig into the back catalogue. You won’t be disappointed. 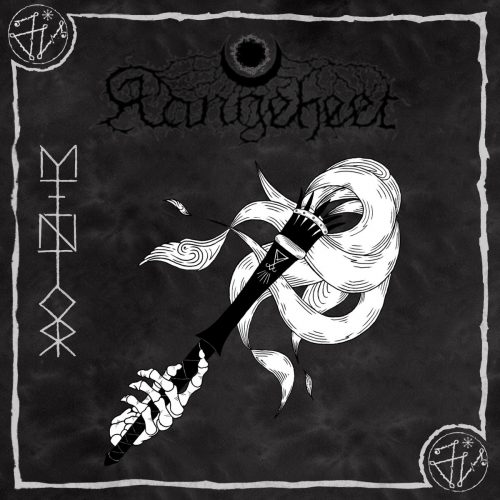 The Finnish “cosmic black metal” band Kangeheet released their debut EP, Omega of Microcosmos, in February of this year, and it was a very impressive debut indeed (my review of it is here). A few days ago Kangeheet released a new single named “Everlasting Wisdom“, which will appear on a forthcoming EP entitled Mentor, and it’s another impressive piece of work.

The song surrounds you with dense walls of guitar that alternate in their sensations — sometimes magisterial, sometimes spectacularly deranged, sometimes simply spectacular. The drumming pushes and pulls the intensity, and the flickering lead guitar and darting keyboard tones add to the music’s atmosphere of unearthly wonder. Meanwhile, the vocals echo across the mind in fervent roars, gagging shrieks, and monstrous spoken words. Bursts of jabbing fretwork will get your head moving, but where the song is headed is a climax that soars in frightening magnificence. 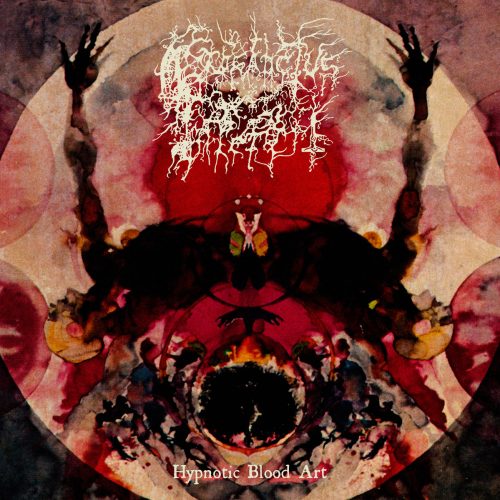 Ohio’s Prosanctus Inferi will release their first album in seven years on August 15th, via Nuclear War Now! Productions. Founder Jake Kohn (vocals, guitars) is joined on the record by drummer Jeremy Spears. According to the advance press, “Kohn sheds some of the technicality and velocity of his prior performances in favor of a heavier sound, reflecting, in many ways, a return to the band’s foundations”. Those words certainly ring true based on the album’s first advance track, “Dark Scarp of Hell“.

There’s no way any normal person could remain pensive and motionless listening to this. With a deep, fuzzed-out tone, and backed by a skull-cracking drum beat, the riffing is insidiously infectious. It seems to writhe like a giant serpent and to pulse like an imperial fanfare, or a black fever in the blood. Kohn‘s voice cuts through that murky guitar tone with shattering, throat-cutting ferocity, and he also discharges bursts of demented riff frenzy over eruptions of thunderous double-bass tumult. But the band also pull the song into a pit of oppressive and preternatural gloom before a final surge of savagery.

The album’s title is Hypnotic Blood Art, and it’s available for pre-order now. 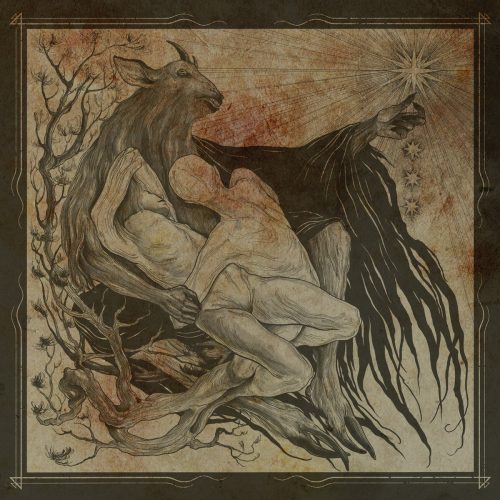 To conclude today’s two-part column I’ve chosen “A Wanderer’s Call and Orison“, a song off the next album by the Italian band Fides Inversa. Entitled Historia Nocturna, it will be released by W.T.C. Productions on July 22nd.

Fides Inversa waste no time building up the intensity. From the outset, the guitars wail and pulsate in a frenzy, the drumming spits bullets at a destructive rate of fire, and the vocals are unhinged in their fervor and ferocity. There’s an otherworldly and often panoramic quality to this massed assault of sound, even when the band ease up on the turbocharged momentum and the riffing flares into sensations of frightening eminence and looming calamity.

The guitar leads often flicker in displays of unnerving lunacy, amplifying the song’s often frightening intensity, and at the end the music becomes hallucinatory. But it’s that main riff that I’ve described as a cross between a wail and a pulse that will really burrow into your head, and pull you back through this harrowing but thrilling trip again.