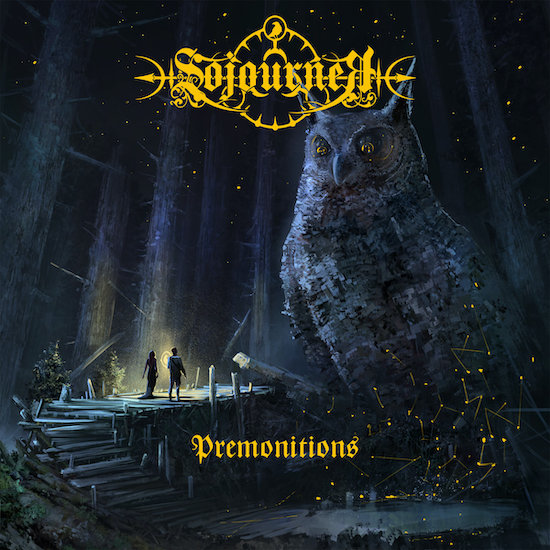 This brings us to Sojourner, a six-piece multi-national atmospheric black metal band, and their monumental new album Premonitions. 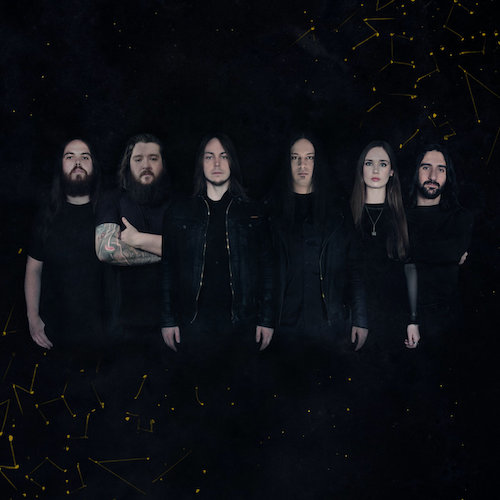 With members hailing from literally the world over, it’s no wonder Sojourner sound like their influences range from classical and folk to Emperor and Bathory. The band can glide expertly through a medieval-style introduction that brings to mind Obsequiae, build a crescendo that’s hellbent on breaking your heart the same way Alcest can, and finish it with a roaring tremolo assault that takes you on a journey to some savage interdimensional realm.

I see the term “atmospheric black metal” being tossed around a lot lately, and some bands capture the term better than others. As far as 2020 releases are concerned so far, Sojourner might be leading the pack. Vocalist/guitarist Chloe Bray has a heavy hand in most of the songwriting throughout Premonitions, and her work on “Eulogy for the Lost” is simply breathtaking. She makes great use of the tin whistle, similar to the way Eluvietie often does, and her clean vocals are a seamless pairing with Emilio Crespo’s shrieks and howls.

More of Bray’s handiwork highlights the epic “Fatal Frame,” with an intro that sounds like it was pulled from the Braveheart soundtrack. When the serene intro is shattered like William Wallace smashing a British soldier’s armor, one can’t help but visualize hordes of angry Scots charging into battle. This is where Sojourner excels in building atmosphere. Every song feels so deliberate, with each passage building gradually and naturally. The steady, nuanced pace of each song rewards multiple listens, especially the gorgeous second half of “Atonement.”

Even through the more abrasive moments on Premonitions, the band seem more interested in pulling at your heartstrings than going for the jugular. The tempos occasionally give way to blast beats, and despite Sojourner’s mastery at building atmosphere, blast beats almost feel unnecessary. Whether that’s a result of diversity in membership or just the band deciding they needed to put a stamp in their black metal membership card is up in the air.

But in the grand scope of things, that’s a paltry complaint when talking about what a triumph Premonitions really is. I’ve always been an ardent believer that great music isn’t just an auditory experience – it should take you somewhere. Listening to a brilliantly crafted song is just like looking into a painting by a gifted artist, or eating food cooked by a master chef. Your surroundings melt away. The focus is suddenly and completely turned to what you’re experiencing, and the outside world just disappears for a little while. You’re lost in what you’re tasting, what you’re seeing, or what you’re listening to. With Premonitions, Sojourner have created something on that level; a magnificent piece of art that demands the full attention of the listener. It’s a journey you’ll be glad you took.