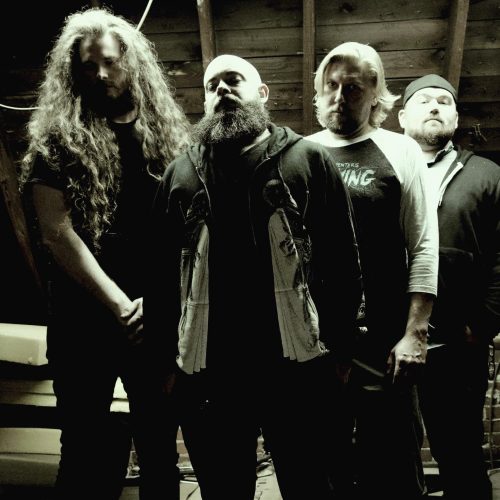 (Andy Synn continues his week-long foray into the realms of doom with another trio of reviews today. If you missed Part 1, you’ll find it here.)

For the second part of this week long doom-odyssey we’re tacking into sludgier waters, tinged here and there with currents of Post-Metal melancholy, so if that’s not your sort of thing… well, the lifeboats are over that way.

Still, if you do choose to abandon ship at this point you’re going to be missing out on three absolutely killer albums, at least one of which is firmly in contention for a spot on my “Critical Top Ten” list at the end of the year. 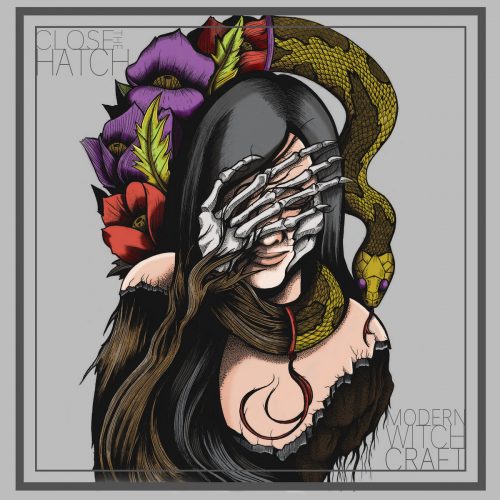 Red Hatch Records have been pushing the recently released new album from Dayton, Ohio’s Close the Hatch (their fourth in total, but their first for the label) pretty damn hard over the last several weeks/months, and with good reason, as it’s a damn fine slab of emotionally and sonically heavy Post-Metal/Doom that richly deserves all the praise and exposure it’s been getting.

Now, I would be far from the first to point out that a lot of these tracks (especially the title track “Modern Witchcraft” and “Cordial Medusa”) sound like what the ever divisive/beloved Deftones might have turned into if they’d drifted into a doomier frame of mind after White Pony (which, to be fair to them, is something which they’ve actually hinted at a few times over the years anyway).

That’s not just because of the dreamy, Chino Moreno-esque croon of vocalist/guitarist Stephen Barton either, as the band’s whole aura has a similarly blissed-out bleakness to that of their Californian cousins (though it must be said that the desolate tone, and occasional touch of distortion, of the vocals also reminds me of underrated post-apocalyptic Post-Metallers Dying Sun).

But don’t be fooled though. Modern Witchcraft is also seriously fucking doomy.

Songs like massive opener “Death of Wolves”, “Thorazine Empire”, and melancholy (yet muscular) closer “Exit Anxiety”, for example, recall both the swollen, swaggering riffage of Yob and the aching melodic atmosphere of A Swarm of the Sun (which, if you need to be told, is high praise indeed), while both “Hedge Rider” and “Attunement” take that Deftones-gone-Doom vibe and push it more towards the gloomy, gothic grooves of latter-day Killing Joke (and now that I think about it, it’s worth pointing out that Barton’s voice definitely has a fair bit of Jaz Coleman to it too).

Through it all though, beyond all the comparisons, name-drops, and undeniable sonic similarities, Close the Hatch still sound very much like their own, distinct entity, and demonstrate such a fantastic grasp of dynamic flow, light and shade songwriting, and the subtle give and take between atmosphere and heaviness, that Modern Witchcraft truly is an absolutely spellbinding (pun intended) listening experience from start to finish. 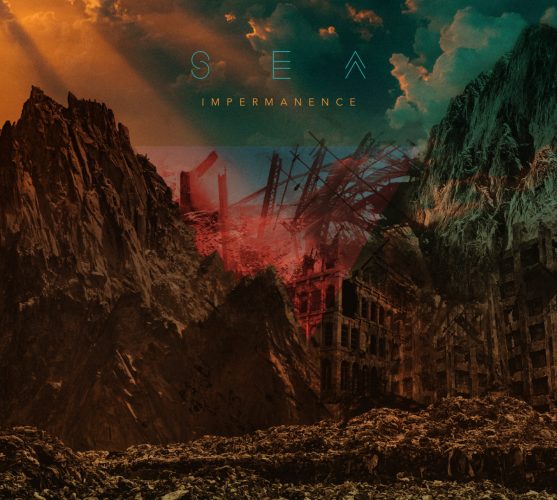 If you’re anything like me (and god help you if you are) there’s at least one or two occasions every year where you just have to kick yourself for sleeping on a specific album or artist for so long.

This year that dubious honour goes to Impermanence, the debut album from Boston quartet Sea, as I’ve not been able to stop listening to it ever since I stumbled across it a couple of weeks ago.

Despite having been released way back in January, I’ve seen surprisingly little coverage of this record (although what I have seen has all been suitably laudatory), which is particularly shocking when you consider how it channels the ghosts of several of the Post-/Sludge/Doom scene’s most dearly departed bands.

Is that a touch of Ludicra I hear in the dual/duelling male/female vocals? Perhaps a hint of the expansive emotional and instrumental palette of SubRosa? An echo of Isis and their undisputed mastery of the quiet/loud dynamic? Why yes, it’s all that and more. And yet, despite this being the band’s first full-length record, they’ve managed to combine all these elements into something incredibly unique.

With their willingness to explore both the depths of moody melancholy (“Shrine”) and the howling heights of cathartic fury (“Penumbra”), and everything in between (“Ashes”), it’s sometimes difficult to pin down an exact definition of what Sea sound like. Certainly they’re a Doom band at their core, but they also flirt liberally with the use of indulgent, proggy soundscapes, lurching sludge-soaked grooves, and passages of biting, Post-Black intensity too.

And while I’ve seen their sound referred to in several ways, including “Atmospheric Post-Doom Metal” (which is a little too much of a mouthful for my tastes), my favourite so far (both for its simplicity and ability to rile up the purists) is “Doomgaze”, which captures both the power and poignancy of the music, as well as the raw, yet intimately reflective, nature of the emotions involved.

As immersive as the band’s namesake yet so much more affecting than its title would suggest, Impermanence is both one of the finest debuts of 2020, and one of the best albums of the year, and I predict that you’re only going to be hear more from, and about, these guys as more and more people discover exactly what they have to offer. 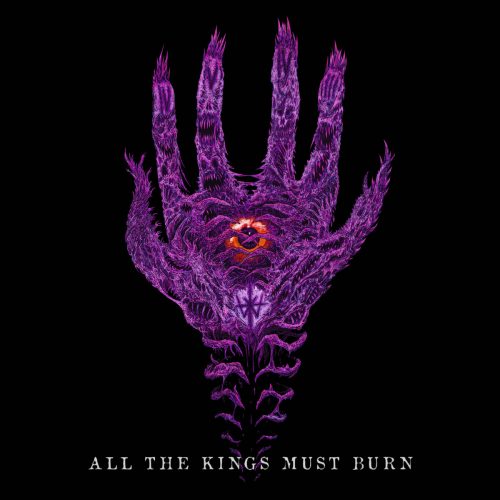 WITHOUT LIGHT – ALL THE KINGS MUST BURN

In contrast to the more atmospheric brand of heaviness peddled by the preceding two entries, the third and final part of this article deals with some seriously gnarly and nasty stuff, courtesy of Chicago Sludge-mongers Without Light.

Self-described “Heralds of the Great Cosmic Doom”, WL deal in a blend of humongously heavy riffage and simmering psychedelia, which suggests that the band have as much love for King Crimson as they do for Crowbar.

Granted, the psychedelic proginess is more of an undercurrent than an in-your-face acid trip, but it’s a vital feature of the band’s sound all the same, adding an unsettling atmosphere of extraterrestrial menace to each and every track.

Take “To the Bottom of the Abyss”, for example. The brutal backbone of the track is the sort of bone-grinding riffage and gargantuan, growled vocals that would turn Soilent Green an appropriately envious colour, but these more bombastic elements are balanced by some incredibly subtle splashes of kaleidoscopic keyboards and lithe lead guitar melody that travel on a different (but still complementary) cosmic wavelength.

This contrast between devastating, doom-laden heaviness and eerie progressive extravagance is best realised during the record’s two-part centrepiece, “Wretched Ascent”, which first begins life as a series of narcotic, acid-drenched synthscapes and hypnotic, guitar-driven grooves, before eventually transforming into a veritable mountain of metallic madness, all brooding menace, howling lead guitar heroics, and utterly monstrous riffs that wouldn’t sound out of place on the soundtrack to psych-doom horror masterpiece Mandy.

Truth be told, all the song’s here (including scene-setting, mood-enhancing intro “4543”) are extremely good, and all contribute to making the album feel – even at a crisp, concise thirty-four minute – like something bigger and greater than the mere sum of its parts.

That being said, if there’s one misstep which Without Light make it’s in not ending with “Wretched Ascent” (both parts, obviously), as this really feels like the album’s coup de gras, with the result that the unrelentlingly brutal strains of “The Wurm Triumphant” don’t make quite the same impact as was clearly intended.

Still, it’s a great (and disturbingly intense) track all the same, and if the only major criticism I can level at the album is that its tracklist could have done with a minor reordering then you know you’re onto something seriously good here, something which I can guarantee you’re going to be coming back to again and again as time goes by.

3 Responses to “DOOMSDAY, PART 2: CLOSE THE HATCH / SEA / WITHOUT LIGHT”