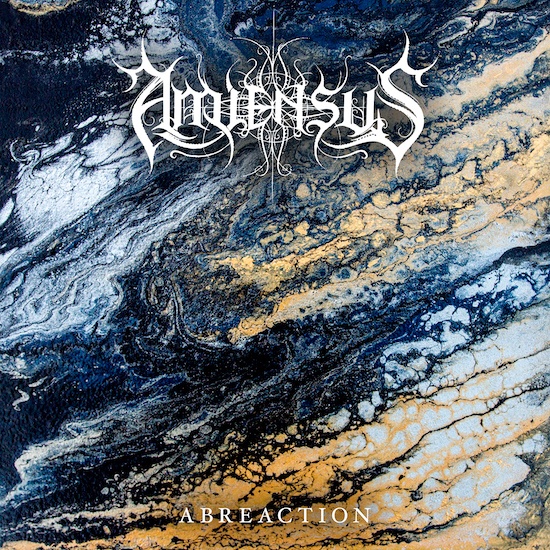 Over time most ardent music fans learn to identify different experiences that provide listening thrills. There’s the pleasure of listening to new music from old favorites, even though those old favorites may not be bringing anything new to the table in comparison to their defined sound. There’s the delight of making new discoveries — finding new bands doing new things. And then there’s the pleasure that comes from following the progress of bands, like Minnesota’s Amiensus, who start strong and then evolve, becoming both more intriguing and even stronger as the years pass by.

We’ve been following the progress of Amiensus, essentially step-by-step, since the release of their 2013 debut album Restoration (which, by the way, has lost none of its appeal in the ensuing years). It was evident from the beginning that this was a very talented group of songwriters and musicians, and what has become evident since then is that they are confident enough in their talents, and exploratory enough in their interests, to branch out in ways that enrich their brand of atmospheric and progressive black metal. And that adds intrigue to the announcements of new Amiensus music.

The latest source of intrigue was the news that later this year Amiensus will be releasing their third album, Abreaction, through Transcending Records. We’ve all already had one interesting peek into the album, when the band released an acoustic version of a song called “A Convocation of Spirits“, and today we’re providing a further insight as we premiere a different version of that same song. 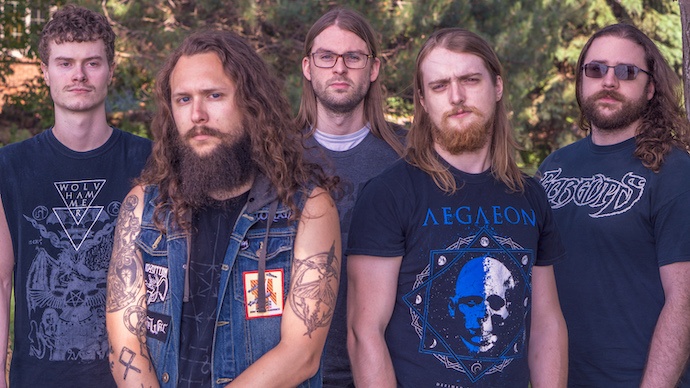 The acoustic version of the song (which is available as a single through Bandcamp) featured four guitarists (Kelsey Roe, Alec Rozsa, James Benson, and Chris Piette) as well as Todd Farnham on bass — and, significantly, guest musician Kakophonix on cello. The sound of the cello creates a sense of vastness, mystery, and wonder in the early phase of the music, while Farnham‘s bass adds depth, and the cello also provides a beautifully sad and soulful complement to the introspective mood of the layered guitars that come later. The piece is immersive and entrancing — and it also provided an element of curiosity about what the second version of the song would sound like. Now we know.

The “electrified” version of “A Convocation of Spirits” still channels a sense of wonder and mystery, but combines that with viscerally compelling rhythms and with spine-tingling vocals that both soar in song and rake like claws. Undeniably heavy and hammering, the song is also panoramic and entrancing. And it’s not entirely electrified — the band have included acoustic guitar and cello melodies in ways that will be familiar from the previous version of the song, combining them with the punch of the drumming and the wrenching intensity of the shrieking vocals.

In addition to its mesmerizing qualities, the music also flares in intensity, jolting in its rhythm and feverish in its energy, with choral vocals that spear toward the heavens in gripping fashion. But it’s the sublime (and sorrowful) combination of acoustic guitar and cello that carries this multi-faceted and utterly enthralling song to a close. 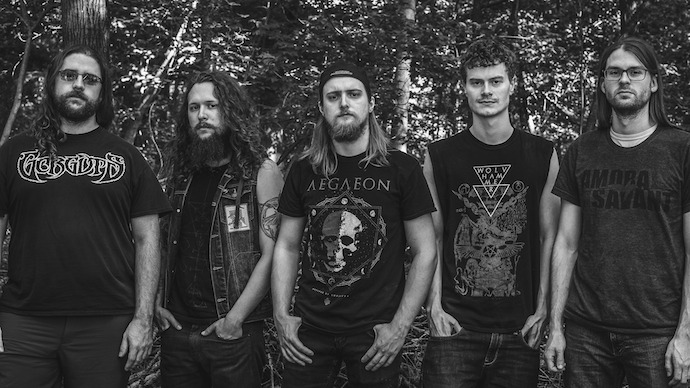 No doubt due to the uncertainties created by the current plague, Transcending Records hasn’t yet identified a precise release date for Abreaction, and pre-orders haven’t yet opened up. To find out when those things happen, keep an eye on these locations.

Since 2013, progressive black metallers Amiensus have been releasing diverse albums spanning multiple genres. 2013’s “Restoration” is an atmospheric black metal must-have, and the follow up, 2015’s “Ascension” was a well received and well polished continuation, exploring even more stylistically soft and heavy musical avenues. Most recently in 2017 they released their heaviest album to date, the lengthy EP “All Paths Lead to Death”, which saw the band drop some of the heavy orchestration in favor of more melodic death and black metal passages. Since the release of their first album, they’ve gone on international tours with the likes of Ashbringer, Wolvhammer and Abigail Williams. The young but experienced group now enters their 10th year as a band, and with the tools and skills to change their sound on a whim. Their 3rd full length “ABREACTION” is due out on Transcending Records fall 2020.

3 Responses to “AN NCS PREMIERE: AMIENSUS — “A CONVOCATION OF SPIRITS””