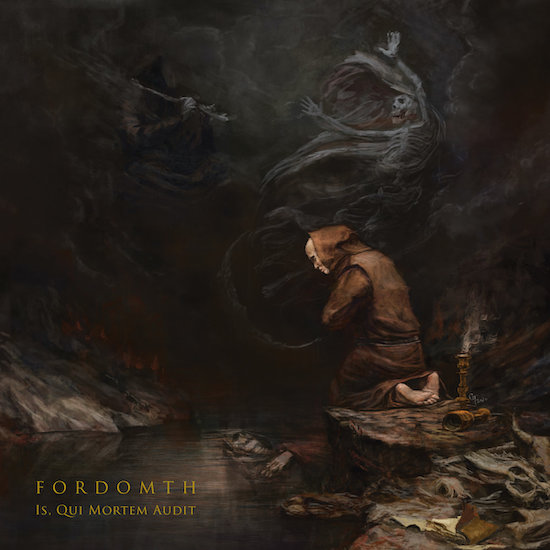 At least from a distance the vision I have of Sicily is a sun-drenched land, hilly and pastoral, surrounded by the brilliance of Mediterranean waters, culturally rich and filled with the evidence of ancient civilizations. To be sure, there are contrasts with those visions — aspects of human darkness and brutal violence (as there are wherever human beings congregate), and the looming menace of Mount Etna, whose active vulcanism still periodically casts black ash over this vast island.

It is the darkness that fuels the creations of the Sicilian band Fordomth, along with the inspirations of ancient esoteric mystery. The warmth of the sun does not touch their music, even though it often blazes. Instead, through a striking combination of black, death, and doom metal, Fordomth deliver explosive power, and create sensations of dread, despair, and revelation, with unnerving intensity.

Their new second album, Is, Qui Mortem Audit, is certain to leave deep and unsettling impressions that will linger long after its June 26 release by Auric Records — just as memorable as the gripping cover art created by Khaos Diktator Design. There, a Capuchin monk gazes into the abyss. The abyss is revealed through the music as well. 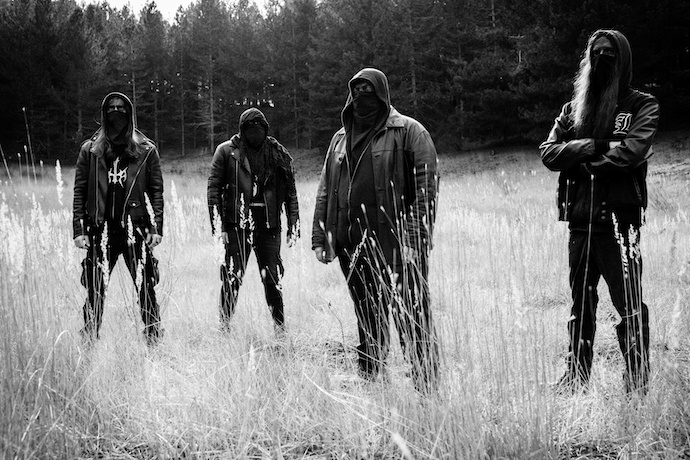 Is, Qui Mortem Audit includes four tracks that together consume 32 minutes. The one we’re presenting today, “Scire“, is the shortest of those, but still approaches seven minutes in length — and Fordomth make the most of that time. The band have told us this about it:

“Scire (latin, ‘to know’) is the third chapter of Is, Qui Mortem Audit. It represents a moment of the meditative path represented in the record, as all the tracks do. In particular, Scire is the revelation of an unspeakable knowledge, so much untied from reality that it becomes the purest form and concept of universe and its nature, alpha and omega.

“Scire features two sections in which we show our newest intentions in a visceral and clear way. The track is a blend of black/death metal and (funeral) doom metal which came out naturally, by a primordial momentum we never felt before.”

The song is titanically heavy and bone-chilling, dissonant and demented, vicious and imperious. It seems to encompass both paroxysms of madness and the calamity of utter hopelessness.

In its opening movement the band assail the listener with hammering drums, thrusting bass, waves of dense but feverish riffing, and scorching screams. The riffing undulates and quivers in a manifestation of derangement. A bridge of thunderous drumming leads into a different battering and pile-driving rhythm and bursts of ravaging chords, which also mutate into morbid reverberations.

The pace slows, the guitar leads blare in misery, and imperious detonating percussive blows linger in a semblance of groaning agony, with wretched roars combining with those shattering shrieks. The mood is oppressive and anguished, but also magisterial. That soul-crushing sequence terminates in a rapid surge of blistering and bombastic drumming and the frenzied assault of vicious riffing, capped by a reprise of the song’s funereal stomp-and-crawl momentum. The combined weight of the chords is massive, and the intimidating eminence of the song is matched only by the feeling of fear and desperation. 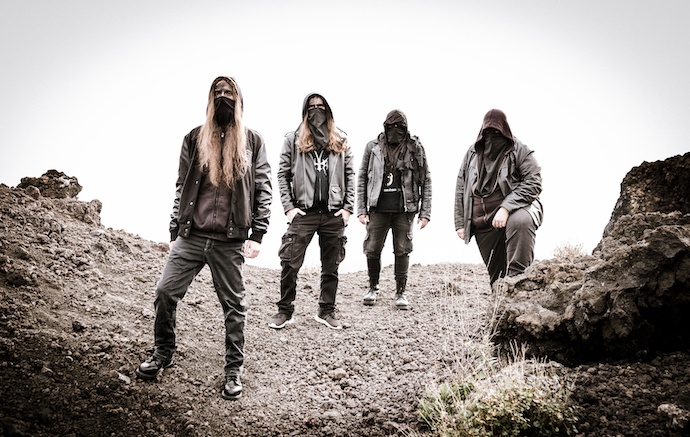 Is, Qui Mortem Audit was produced by Fordomth, with instruments tracked at Nuevarte Studio (Catania – IT) by Carlo Longo, and it was mixed at Toxic Basement Studio (Monza – IT) by Carlo Altobelli, and mastered at Liquid Aether Audio (Schleiden – DE) by Mario Dahmen.

Auric Records will release the album on CD and digitally, and it’s available for pre-order now. They recommend the record for fans of Mgla, Wiegedood, Malthusian, and Mizmor.