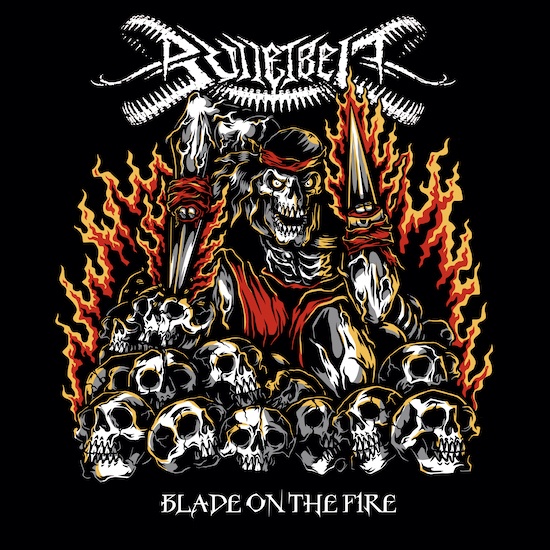 First time I heard Bulletbelt was back in September 2014. It was a song off their then-forthcoming album Rise of the Banshee (their second full-length), which had premiered at NZ writer Craig Hayes‘ Six Noises blog. I hammered out my immediate reaction on the keyboard: “Punk stomp and black metal acid and heavy metal swagger, gun-shot drumming and gut-shot riffing, risk of serious neck strain, catchy as chlamydia.” Not long after that we premiered the whole album, with Craig Hayes writing an enthusiastic introduction.

Four years later Bulletbelt returned with their next album, Nine Centuries, which was the final album with vocalist Jolene Tempest, but also featured guest appearances by Midnight’s Vanik, Massacre’s Kam Lee, and a string quartet from The New Zealand Symphony Orchestra. We were lucky to have Craig Hayes review it (here). He noted that the record was, in comparison to the preceding one, “a much grimmer release, lyrically”, and that the band had “matched that narrative darkness with a rawer and more visceral sound –– reflecting, perhaps, the violence of the album’s lyrics” — and was all the better for it.

And now Bulletbelt are returning again with another full-length, after an intervening EP (Faster Than Death) and a split with Sabbat. The new album is named Warlords and it’s set for release on July 1st. And today we’re fuckin’ pumped to premiere the first single off the album: “Blade On the Fire“. 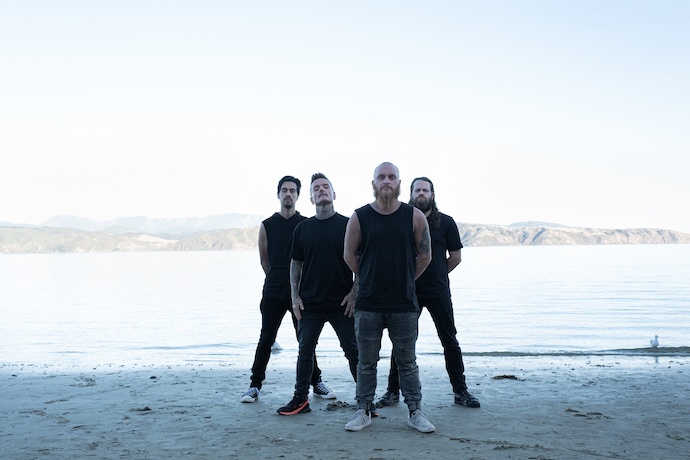 There have been some changes in the band since Nine Centuries, with the departure of guitarist Ross Mallon and with Paul Roberts handling vocal duties on the new album, though the music is still anchored by drummer Steve Francis, guitarist Josh Obrien, and bassist Tim Mekalick. What hasn’t changed is this band’s superior talent for creating viscerally appealing, stunningly contagious, absolutely electrifying music.

“Blade On the Fire” is a prime example of that talent. In fact, in this writer’s opinion it’s one of the best songs they’ve ever recorded, which is saying something. It’s such a huge shot of adrenaline, the kind of hard-hitting heavy metal anthem that gets your heart (and your fists) pumping hard and makes it impossible to sit still. Steve Francis rocks it damned hard, putting the whip to the back of your neck right away. Tim Mekalick adds voltage to the rhythms with his gravel-toned bass, and gets plenty of chances to shine on his own. Josh Obrien‘s riffs are electric; the darting, flickering, ringing lead that begins at 3:23 is magical; and the solo that follows it is downright glorious.

Meanwhile, Paul Roberts has the kind of intense, shrieking, no-holds-barred voice that seems capable of melting paint from the walls — and he gets an able assist from a chorus of friends delivering gang roars. And as icing on the cake, it’s a blast to get to see the dudes recording this high-voltage thrill-ride, thanks to the video directed by Amber Beaton.

Well, I guess you can tell how excited I am about this new song. But I’ll step aside and share these thoughts about it from Bulletbelt:

“Back with a Warrior’s force – Bulletbelt’s new single, Blade On The Fire, is the first from the upcoming new album, Warlords. The song gets its energy from a relentless bass and guitar-driven riff whilst its story is inspired by the famous Chilean warrior, Galvarino. He lost his hands in The Battle of Lagunillas in 1557 and came back fighting with knives attached to the stumps on each arm.

“It could almost be a metaphor for the return of this band – still fighting, charging on.” 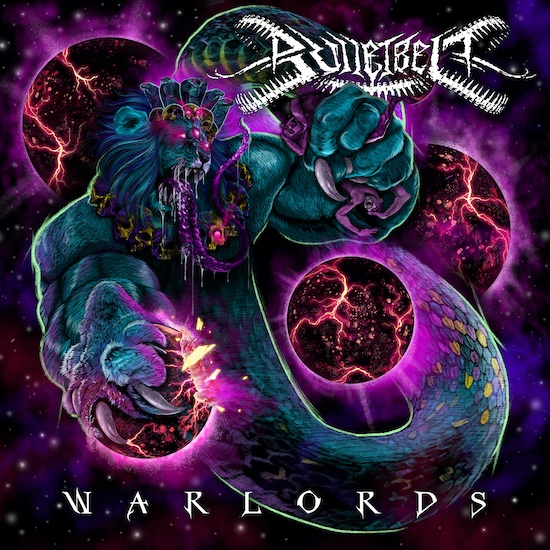 The artwork for the new single was created by Ramone Sketch, and the cover art for the album was again the work of Scarecrowoven (with layout and design by Ogino Design). The album was recorded and mixed by James Goldsmith, produced by James Goldsmith and Bulletbelt, and mastered by Brad Boatright at Audiosiege. The gang vocals on the track we’re premiering (and on two other songs) were belted out by Dan Hayston, Nick Terezow, Dan Birrell, James Bennett and Splash.

The album also features piano on “Herodian Kingdom” by Cameron Crawford and a guest guitar solo on “Mutilate and Destroy” by Dan Hayston.

The record is available for pre-order now, and along with our premiere we’re also sharing a Bulletbelt video called “Prevail and Conquer“, also filmed by Amber Beaton, about the making of Warlords.

2 Responses to “AN NCS VIDEO PREMIERE: BULLETBELT — “BLADE ON THE FIRE””