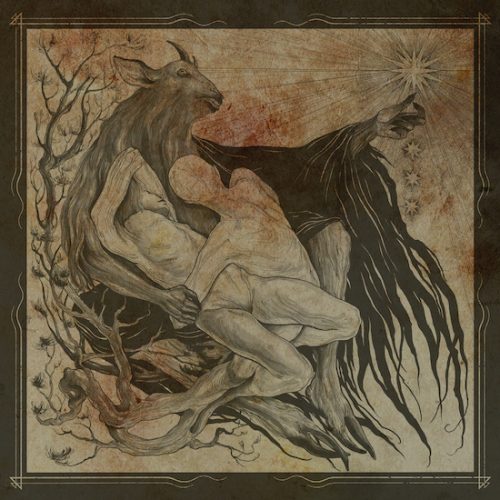 Six years have passed, with one tremendously good EP to bisect the timeline, since the Italian black metal band Fides Inversa released their last album. Now they are returning, finished at last with years of work that have culminated in a new full-length. The new album, Historia Nocturna, has been set for release on July 22nd by W.T.C. Productions. It’s no exaggeration to say that the album is stupendous — larger than life in its sound and profoundly unearthly and diabolic in its atmosphere.

In the intervening years the core of the band –drummer/vocalist Omega and guitarist/bassist Void — have remained intact, joined here by vocalist Wraath (from Behexen, Dark Sonority, and Darvaza, among other groups). In Historia Nocturna they have created a dynamic listening experience, one in which the songs channel ravaging chaos and terrifying, awe-inspiring grandeur but also seem to pass through dimensional veils to join in a communion with spirits of the damned. The song we’re premiering today, “I Am the Iconoclasm“, is a stunning example of all those qualities. 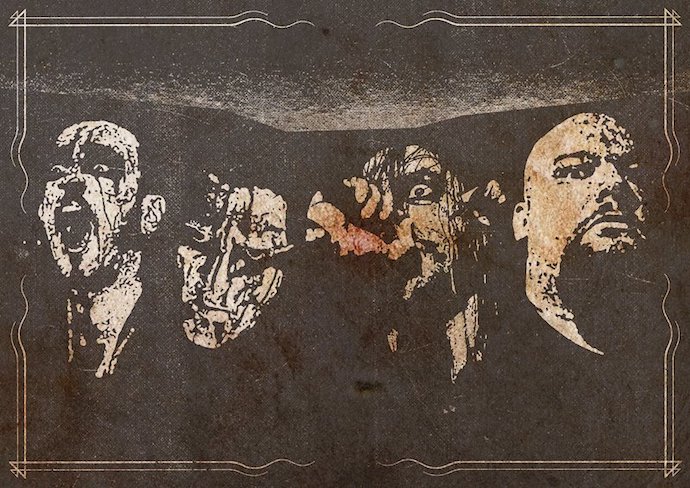 In this new song, which closes the album in titanic fashion, a few gloomy notes are all the prelude you get to what becomes a lightning storm of furious drumming, pummeling bass, extravagantly vicious growls, and swarming and soaring riffs. The unbounded scale scale of the sound is unmistakable, and so is the atmosphere of unchained defiance, imperious dominance, and frightening peril that it generates. The magisterial eminence of the music, translated through sweeping and blaring chords as well as slower and more stately cadences, gives way to a blood-freezing interlude in which ghosts seem to gnash, wail, and scream, and dismal reverberations drag the mind into an abyss of horrors.

There’s a feeling of derangement as well as ghastliness in that interlude, and its chilling atmosphere persists even as the drums return and the music becomes a solemn march — over which protracted wails and dissonant chiming tones can be heard. The combination of sinister majesty and feverish anguish (or fracturing sanity) that the music achieves is very unsettling but nevertheless riveting. The sound is vast and awe-inspiring, but the terrifying wails and a twisted, squirming and shivering solo continue to send chills down the spine. And how else should the song end but in a final electrifying spasm of blasting drums and incendiary, gale-force riffing that spawns images of the sky on fire.

This is the second song to be revealed from Historia Nocturna. The first one, “A Wanderer’s Call and Orison“, is no less ravishing. Fides Inversa again waste no time building up the intensity. From the outset, the guitars wail and pulsate in a frenzy, the drumming spits bullets at a destructive rate of fire, and the vocals are unhinged in their fervor and ferocity. There is again an otherworldly and often panoramic quality to this massed assault of sound, even when the band ease up on the turbocharged momentum and the riffing flares into sensations of frightening eminence and looming calamity.

The guitar leads often flicker in displays of unnerving madness, amplifying the song’s often fearsome intensity, and at the end the music becomes hallucinatory. But it’s that main riff that I’ve described as a cross between a wail and a pulse that will really burrow into your head, and pull you back through this harrowing but thrilling trip again.

Other talents were involved in the rendering of this black work. The album’s arcane cover art was crafted by Iza, with sigils woven by Karmazid and logo and layout by View From The Coffin. The album was recorded at Beastcave by Davide G., and was mixed and mastered at Necromorbus Studio B by Marco S.

W.T.C. Productions will give the record a suitably lavish release, on Digipak CD, LP, MC, and Digital formats.

2 Responses to “AN NCS PREMIERE: FIDES INVERSA — “I AM THE ICONOCLASM””