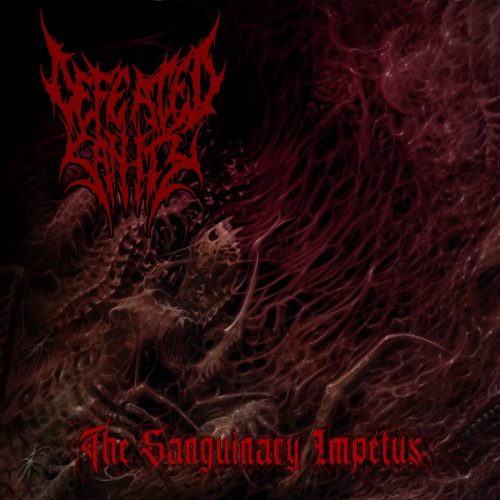 (We present Vonlughlio’s review of the new sixth album by German stalwarts Defeated Sanity, which is set for release by Willowtip Records on July 24th and features cover art by Jon Zig.)

Today’s review concerns a band who have been dear to me as a fan for more than 10 years.  Their music has given me great joy, through good and bad times.  They are one of the best Brutal Death Metal acts out there, with classic releases that will be forever remembered.

I am talking about Germany’s Defeated Sanity, originally formed by Lille Gruber (drums) and his late father Wolfgang Teske (R.I.P.).  After their inception, the project released a series of demos and splits from 1996 through 2003, and their debut album Prelude to the Tragedy (2004) became one of my favorite debuts ever by any band in the genre. 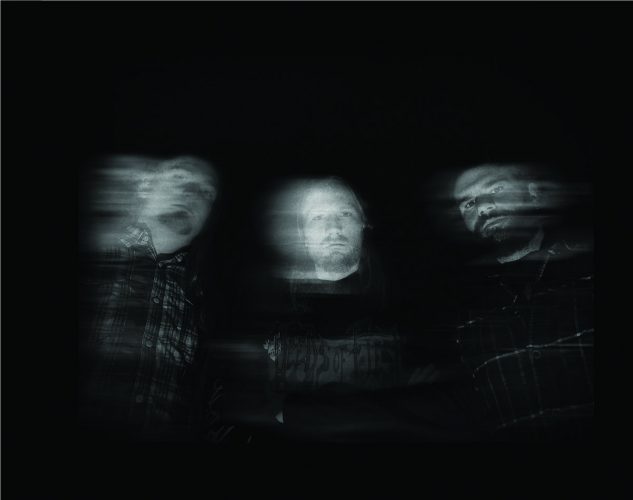 In 2007 they released their second full-length offering, Psalms of the Moribund, which took them to a whole new level and has become a beloved classic for BDM fans around the world, with some still saying it’s their best work in their whole discography.  Three years they released their third album Chapters of Repugnance, which was different from its predecessors, since they added different elements (jazz, and technicality) to their BDM sound.

In 2013 they released Passages into Deformity, which was my album of the year here at No Clean Singing and to this day is constantly in my playlist.  A very dear release, especially because Konstantin Luhring (Despondency) was the vocalist and gave a great performance that went hand-in-hand with the spectacular music.

They followed that release with 2016’s Disposal of the Dead//Dharmata, and it proved to be an evenly balanced amalgam of BDM and progressive Death Metal that I really enjoyed because it had their signature sound that made it special.  Some liked it, others did not, but I honestly can say that it was a pleasure listening to it and I respected them doing what they wanted.

The band have not been strangers to lineup changes through the years, particularly in the vocal department. The constant players for a long time were Lille Gruber (drums), Jacob Schmidt (bass), and Christian Kuhn (guitars). These guys are amazing musicians and their chemistry was evident in each of their offerings, and their sound was so unique to me at least.  In 2016, after the departure of Mr. Luhring, their got Josh Welshman to take the helm, a great decision in my opinion (the man has got some pipes).

In 2019, guitarist Christian Kuhn decided to step down after 15 years in the band, and I was shocked by the news. He had a very unique style of playing that was one of the features of the music I most enjoyed. But there was, as some would say, a silver lining, which was that Mr. Gruber would handle guitars on their upcoming release. I don’t know if a lot of people know, but Lille was a trained guitarist first and then a drummer — he can do it all!!

When their label Willowtip announced early this year that Defeated Sanity would be releasing their sixth album, The Sanguinary Impetus, yours truly was filled with excitement over the prospect of discovering what they would do next in this new chapter in their history, with the debut of their new vocalist and the guitar work of Mr. Gruber in this effort.

When the promo hit my inbox I was working but stopped instantly, feeling nervous and anxious to listen.  The first song started slowly and then boom!!!! I just lost it there (in a good way).  For the next 33 minutes I was hit hard by the nine songs they had crafted, the music perhaps more straight-forward this time around but maintaining the signature sound that makes them Defeated Sanity.  This is a combination of Psalms… and Passages…, with a natural and even production that lets all the instruments shine independently but working together to make the songs an experience not to forget.

Josh Welshman is a beast as a vocalist, and as I mentioned earlier, a wise choice by the band. He brings something special to the table and fits perfectly with the music. In great music the vocals and music must  complement each other, and here they do.

I call Mr. Gruber a DrumGod, but wow, it seems the man can do no wrong even when playing guitars — his performances as a guitarist on the album are one of my favorite aspects of this release.  I have seen videos of him playing classical guitar (I believe he gives both guitar and drum lessons), and so to finally listen to him playing the music of Defeated Sanity was quite the experience.

Bassist Jacob Schmidt has been in the band for 15 years, and his bass lines are to die for!!! He is one amazing musician, and listening to him on each of the band’s releases makes me wish I was a bass player. He has a deadly precision, and is one of my favorite bass players overall. He could play whatever he wants and would still manage to put his unique sound into it.  He has received admiration and acclaim, but for me he is still underrated — bass players around the globe should take notes.

Overall, The Sanguinary Impetus is one of Defeated Sanity‘s best releases so far in a long and accomplished career. I will say that Psalms of the Moribund remains my favorite work from them by far. This new album shares elements of that release but I would not compare them, since they are entities of their own; both of them showcase top-notch musicianship. I would say that this time around The Sanguinary Impetus is more BDM-oriented — fast and ruthless — with some tech elements, though fewer than in previous efforts in my opinion, while being perfectly structured within  in the song.

The band have grown as musicians over the years and have been disciplined as hell when it comes to crafting their sound in each of their releases — they have probably become their own harshest judges in the process.  And here they have succeeded again. After multiple listens, I can safely say that this album will make it into my BDM year-end list, no doubt in my mind. My love for this project will never cease, and I hope the new album will introduce more people to their talents.

The album will be released by Willowtip on July 24th, and below you can check out the official video for “Imposed Corporeal Inhabitation“, which NCS premiered, as well as “Propelled Into Sacrilege” and a bass play-through video for that song.

One Response to “DEFEATED SANITY: “THE SANGUINARY IMPETUS””