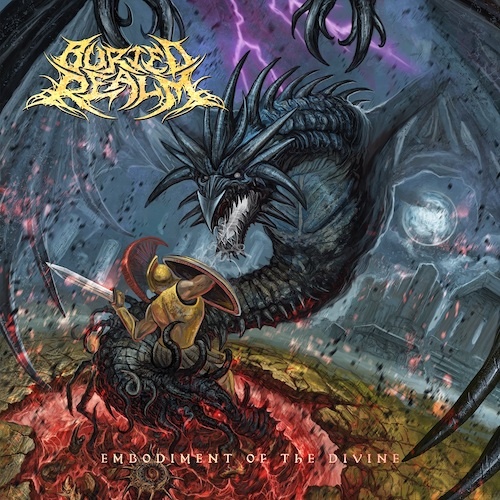 The Colorado-based melodic death metal band Buried Realm made quite a splash with its debut album The Ichor Carcinoma in 2017. It showcased the guitar wizardry and vocal dynamics of the band’s alter ego, solo artist Josh Dummer, and featured guest performances by such luminaries as such as Christopher Amott (Arch Enemy, Armageddon), Peter Wichers (Soilwork), Teemu Mäntysaari (Wintersun), and Travis Montgomery (Threat Signal, Jeff Loomis band). We summed it up as “so astoundingly exuberant and kaleidoscopic that it takes your breath away to hear it.”

Now Buried Realm is returning with a sophomore full-length named Embodiment of the Divine, which will be released on July 24th. Josh Dummer‘s songwriting and extravagant guitar talents are still the heart of the music, but he has again enlisted a tremendous array of guest performers. And as we did for the first album, we’re again premiering a song from the new one, a thoroughly exciting track called “The Wonder and Terror of Fortune“. 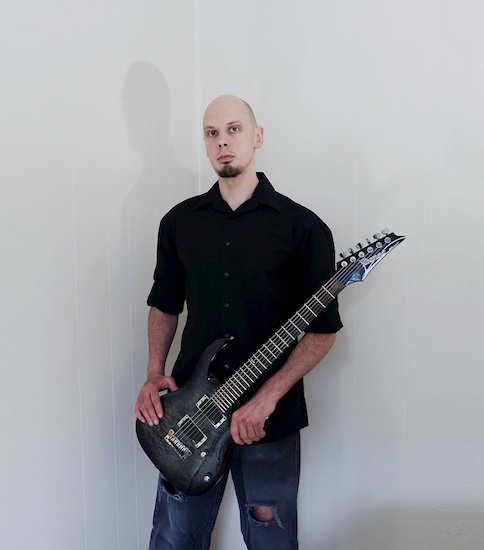 This song we’re presenting today includes guest contributions by Rafael Trujillo (ex-Obscura) and Ryan Strain (Chaos For The Masses). It’s a galloping high-voltage thrill-ride of pulse-pounding riffs and scintillating leads that swirl and soar. The roaring, screaming, and singing vocals are just as exhilarating as the music. Everything is on fire, channeling an unmistakable ebullience, which reaches its zenith in a spectacular extended guitar solo. The fast-punching grooves in the song are a match for the ecstatic energy of everything else. One listen, and you can tell why this track was chosen as the album closer — it sends the listener out on an enormous high.

Josh Dummer explains the significance of the song:

“The album closer… Over the years, music has been a very important part of my life. It’s always been there for me in any situation, it became a lifestyle and many opportunities have come from it. For that I am grateful. With that comes the unfortunate part of losing sight of friendships, relationships, other opportunities, etc. These lyrics are about the interesting blend of excitement and sorrow that music brings to me, and the constant reminder of how I’ve had to choose what‘s most important at the time.”

We mentioned above that the new album includes an array of talented guest performances, and here’s the list of them:

Andy Gillion (Mors Principium Est) on (Overlord & Scales of Queen Dragon)
Benjamin Ellis (Scar Symmetry) on (Master Psychosis & Embodiment of the Divine)
Bob Katsionis (ex-Firewind) on (Silver Tongue)
Dean Arnold (Operus, ex-Vital Remains) on (The Burning Remnants & Silver Tongue)
Lee McKinney (Born of Osiris) on (Infinite Mutation)
Peter Wichers (ex-Soilwork) on (In the Shallow Light & Embodiment of the Divine)
Rafael Trujillo (ex-Obscura) on (The Wonder and Terror of Fortune)
Ryan Strain (Chaos For The Masses) on (Master Psychosis, In the Shallow Light, Infinite Mutation, The Wonder and Terror of Fortune)

Embodiment of the Divine was mixed by Josh Dummer and mastered by the masterful Dan Swanö at Unisound AB, and it’s recommended for fans of Soilwork, Nevermore, and Children of Bodom.

Below you’ll find a pre-order link, as well as the previously released lyric video for the new album’s title track, and of course today’s premiere.

2 Responses to “AN NCS VIDEO PREMIERE: BURIED REALM — “THE WONDER AND TERROR OF FORTUNE””