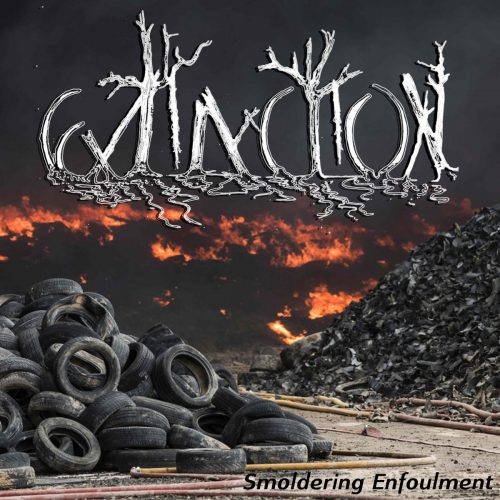 The northern square-lipped rhinoceros, also known as the northern white rhinoceros, used to range over parts of Uganda, Chad, Sudan, the Central African Republic, and the Democratic Republic of the Congo. But years of uncontrolled poaching and civil war in their home range decimated the species, and they are now considered extinct in the wild. Only two of them remain, both of them protected in the Ol Pejeta Conservancy on a 700-acre nature preserve in Kenya that’s also the largest black rhino sanctuary in east Africa. Both of the last survivors are female.

The story of the critically endangered northern white rhino is unusual subject matter for a slamming death metal band (or any extreme metal band), but the conceptual focus of the Swedish group Extinction encompasses not only that story but many other narratives of once flourishing species terminated by the actions of humankind.

Their forthcoming EP Smoldering Enfoulment, as they explain, “encapsulates a variety of disasters, degradations and extinctions of 2019 — from trees lost to sand mining and bird species loss to habitat destruction, and international conflagrations wiping out landscapes and exploited by monoliths of power”. The band further explain: 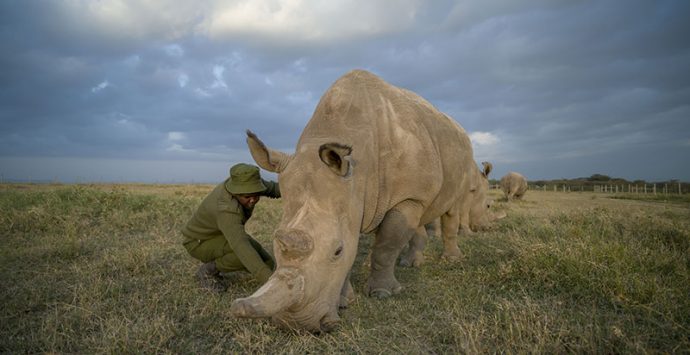 “As the lungs of the planet collapse, Extinction is the word carried on those ever weakening breaths.

“These are creatures that will now live only in our images, memories, writings, internet searches, and music. Never again will they contribute to their former ecosystem, crawl, climb, scurry or slither. They will be missed by those that depended on their critical role, now empty”. 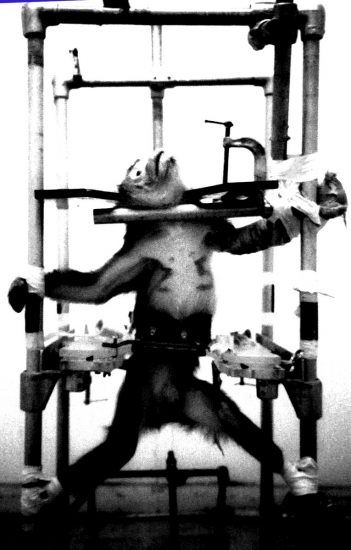 The song we’re presenting today is, not surprisingly, decimating. A short, sharp shock to the system, it delivers electrifying snare-drum fusillades, thunderous bass tones, low-frequency gurgling vocals, and ravaging riffs that pound, skitter, and blare like sirens. It’s an enormously destructive juggernaut that sometimes sounds like a gigantic excavating machine gouging through the earth, but the shrill leads also seem to channel a feeling of despair. Maybe it’s in part because we know what the song is about, but those anguished tones seem like a frantic message that time is running out.

For such a short song it makes a riveting impact, and the impulse to continue playing it over and over is irresistible.

More information about the northern white rhino and the efforts of Ol Pejeta to preserve them (which now includes costly in vitro fertilization techniques and stem cell technology for the two remaining females) can be found here.

Extinction will release Smoldering Enfoulment on July 21st, digitally and on cassette tape. The merchandise is made from repurposed thrift store items, and all proceeds will be donated to one of the following charities/causes:

These organizations are added to a group of wildlife and conservation organizations that have been the recipients of other donations generated by the band’s music, which are identified at Extinction’s Bandcamp page. Smoldering Enfoulment is available for pre-order now.