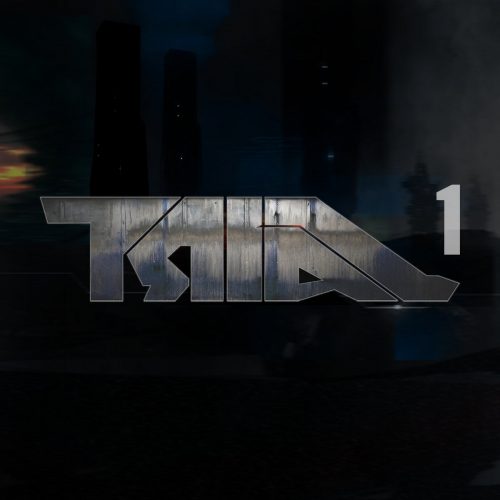 (This is Todd Manning‘s review of the debut EP by the UK band Trial, which is set for release on July 10th.)

We might associate the Eighties with some sort of neon-nightmare Glam Metal and New Wave bastardized Pop Music, but there was definitely a strain of post-collapse apocalypticism running through the underground of Metal, Punk and Industrial at the time that seems to capture the dystopian/collapse feeling better than just about anyone, including those of us who now seem to be living out that particular dream. Trial might be of today, but they tap that Eighties eschatological strain as well as anyone.

This music sounds like it was composed in a plastic coffin, one of many strewn across the nuclear wasteland. The guitar summons the feel of primitive Thrash, simple riffs played in a minimalist fashion, almost sounding as if they’ve been ripped from some long-lost cassette demo. These are then juxtaposed against a cold and punishing drum machine and an equally disaffected vocal style that seems smuggled in from a Post-Punk record. The result is both captivating and punishing, often walking a fine-line near the fist-pumping goodness that recalls the Heavy Metal of an earlier time, yet with a layer of noise and abstraction poured over the mix that keeps this from being just a nostalgia trip. 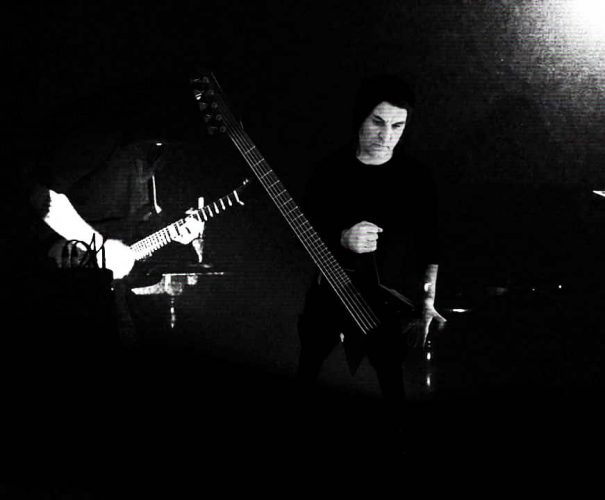 In fact, there are moments when the more abstract/Industrial influences take center stage. The opening sounds of 1 seem to hint at a high-pitch guitar squeal and a keyboard effect simultaneously. The opening track, “Eyes Against Infinite Suppression”, often teeters on the edge of a complete noise breakdown, with the guitar providing the center of gravity which the rest of the song is able to move toward. More significantly, “Colony of Trial” has a sludged-out drum and bass guitar breakdown that hints at Scorn’s vastly underrated debut Vae Solis. “Steel Premonitions Against Time” features another moment of this kind of Industrial-Doom hybrid, both songs reveling in pure audio filth.

The final track, “Mannequin Eyes” is particularly harrowing, the guitar lapsing into a compact, nightmarish loop, punctuated by stabs of noise. When the riffing does move toward the more conventional, it is still subverted by the alien musical environment that surrounds. Finally, the track fades with a mournful bit of piano, a requiem for a civilization that has already passed.

While there certainly is an Old School Industrial revival going on, it’s hard to point to any modern influences in Trial’s music. Rather, this is the sound of the underground being haunted by its own past, yet the influences have never sounded more relevant than in the world we live in now. If you’re looking for a lineage, avoid the obvious, dig up the Swamp Terrorists, Treponem Pal, and maybe Skrew instead. Or just look at the world around us, look at where we are at, and just imagine where we are going. This is the soundtrack to that dystopian locale.